What would a Carson Wentz trade with the Denver Broncos look like? 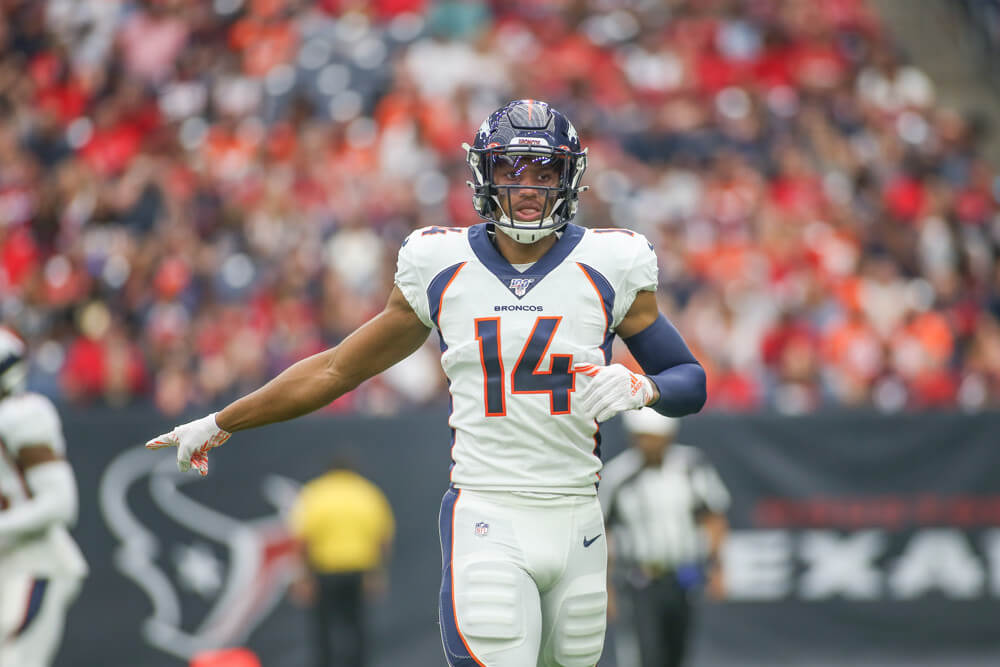 Another day that ends in “y”, another Carson Wentz trade rumor. This time… it’s the MYSTERY TEAM?! I’ve been on the Denver Broncos as a destination for quite some time, it makes a ton of sense.

“Denver is a team to watch in the Carson Wentz talks.”#Broncos #Eagles

John Elway was unable to lure a marquee name at the quarterback position since Peyton Manning retired. Now, with a new GM in the way of George Paton, the most important thing is that the team find a QB with the “name” and the “production” (2020 aside) to help Denver compete with Kansas City in the division. At the very least, they need to be sure they can keep the Chargers and budding star Justin Herbert away from them.

Paton is no stranger to dealing with the Eagles, as he was part of the Vikings front office during the Sam Bradford trade. Bradford went on to throw 20 TDs and 5 INTs in 2016 for the Vikings.

With that familiarity and the willingness of John Elway to OK a move for a new QB, there should be a relatively easy road to a trade.. right? Well, it boils down to compensation.

What the Broncos can offer the Eagles?

The Broncos currently hold the 9th pick in the draft. That’s some serious capital in itself. Parting with that pick would give the Eagles picks 6 and 9 (nice).

Outside of the pick, they have some attractive names on their roster that are on rookie contracts:

Courtland Sutton – Sutton was widely looked at as a “breakout” star for 2020, then a torn ACL happened. Following a 1,100+ yard sophomore season, Sutton was limited to 31 snaps in his first game of 2020. Without Sutton, Denver relied on Jerry Jeudy, KJ Hamler, Noah Fant, Tim Patrick, and DaeSean Hamilton for production. Jeudy (856) and Patrick (742) led the way for the Broncos, while tight end Noah Fant was next (673). That production suggests the Broncos could survive a Courtland Sutton departure. Sutton is in the final year of his deal and has a $2.9 million cap hit.

Reports are that the rehab is going well and he’s recently started running.

DaeSean Hamilton – If the Broncos want to see how well Sutton recovers from rehab before deciding whether or not to move on, they could move on from one of his replacements. Hamilton went to school at Penn State and is entering his fourth year in the league. In 2020, he had 293 yards, which is four yards short of his 2019 total. The production hasn’t been there, but maybe coming home can unlock his potential.

The Draft Network’s Brad Kelly called Hamilton his “favorite receiver of the 2018 class”. He has the skills needed for the slot and is big enough (6’1″) to abuse the smaller DBs he’d see in the slot. The Eagles haven’t had a “big slot” receiver in quite some time.

Hamilton has one year left on his deal and carries a $2.35 million cap hit.

Royce Freeman – It feels like Freeman is always rumored to go to the Eagles. Phillip Lindsay is a free agent, so if he leaves then I can’t see the Broncos parting ways with Freeman. But if they bring back Lindsay to keep their two-headed monster intact with Melvin Gordon, then Freeman is expendable. He turns 25 next week, doesn’t have a lot of tread on his tires, and has a career 4.0 YPC. His 6’0″ 238 lb frame is the big body the Eagles have not had since Blount.

Freeman has one year left on his deal and carries a $1.2 million cap hit.

Defensively, it’s hard to see the Broncos parting ways with any of their young talent. CB Michael Ojemudia will be entering his second year and shown flashes of starter potential. The team just released AJ Bouye, so the need for CB depth is high.

If Elway is serious about competing with the Chiefs for AFC supremacy, he’ll offer number 9 and be done with it.

If the Eagles insist on a player in return, then number 9 is off the table.

*Conditions: 4th round pick can become 3rd if Sutton has 1,000 yards