NFC Championship: The Eagles are set for an incredible matchup with the 49ers 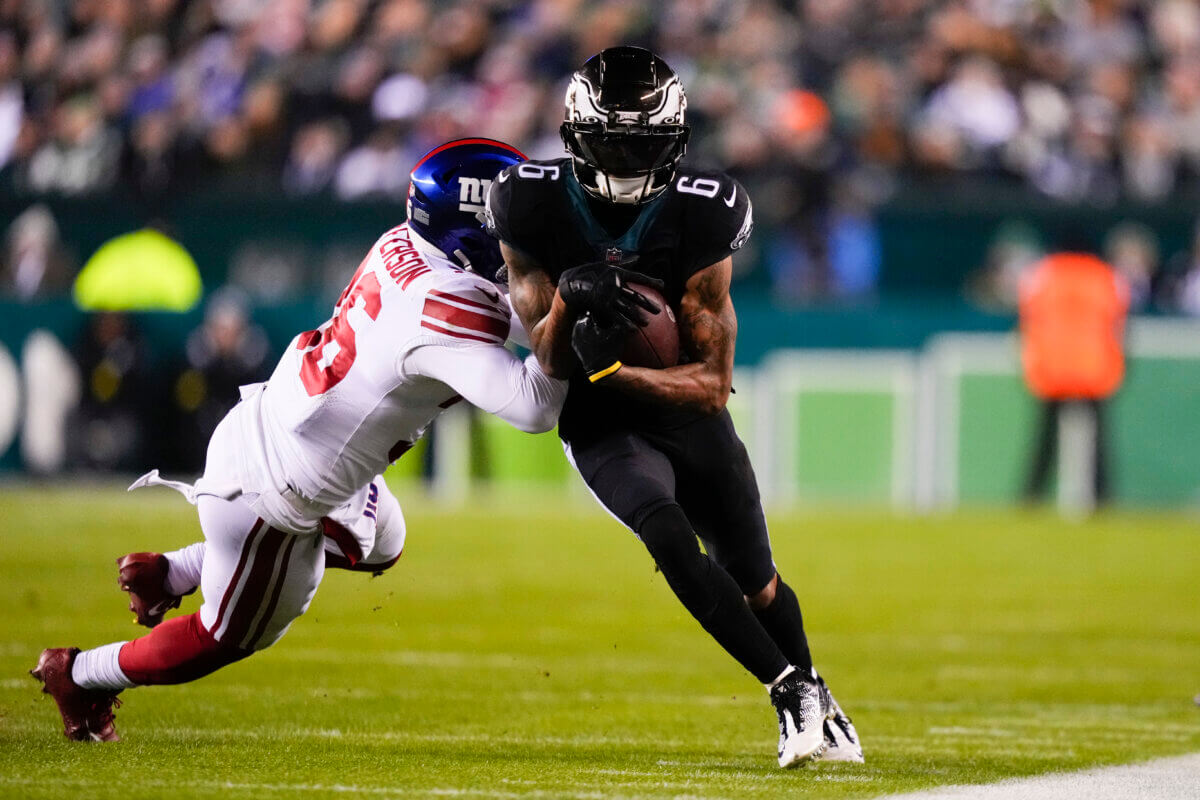 Now, this is the matchup that everyone has been waiting for. No, I’m not talking about Joe Burrow Vs Pat Mahomes II. I’m talking about the heavyweight bout between the one-seed and two-seed of the NFC. The battle between the QBs that were selected to be backups and have catapulted themselves to the top of the food chain.

This has the makings of a classic slugfest where the game can go in any direction at any moment. Two organizations that a similarly structured. We all know how much Lurie admired Kyle Shanahan, which led to the hiring of his own “young” coach in Nick Sirianni and now his team will face Shanahan with a trip to the Super Bowl on the line.

While Shanahan is very well respected, he has yet to coach a Super Bowl-winning team while Sirianni could be on the verge of his first Super Bowl appearance in just his second season as a head coach, but he has to get through Shanahan’s team first. That alone won’t be an easy task.

While the coaches may draw comparisons throughout the week, it’ll be their QBs that truly steal the spotlight. The last time that Brock Purdy and Jalen Hurts faced off was back in 2019 where they both threw for more than 300+ yards each and even threw five or more touchdowns each. That game finished with a score of 42-41 in favor of Jalen Hurts and Oklahoma.

Although Hurts ended on top on in that matchup, this one holds more weight than their previous bout. The Eagles and 49ers are one win away from making it to the Super Bowl. It’s been 6 years since the Eagles last went to the Super Bowl while the 49ers were just there in 2019.

While both team’s offenses scored more than 25 points per game, it was the defenses that led the way for them this season. Both are ranked in the top three but one features the top CB duo in the league and arguably one of the better safety groups in the league.

Both coordinators are auditioning for their future jobs as head coaches as well. We all know how coveted Jonathan Gannon is but don’t underestimate the ability of DeMeco Ryans. Ryans is also a familiar face for Philadelphia Eagles fans. Ryans spent four years in Philadelphia and was truly loved by the city and its fans.

These teams are so evenly constructed that it’s hard to find which franchise has the advantage. They both feature great young WRs in A.J. Brown, DeVonta Smith, Brandon Aiyuk, and Deebo Samuel. This matchup will also feature some stud tight ends in George Kittle and Dallas Goedert.

It could come down to the secondary’s. On one side in midnight green you have Darius Slay, James Bradberry, and Chauncey Gardner Johnson in the slot. On the other side, you have Charvarius Ward, Deommodore Lenoir, and Jimmie Ward. Which unit can stop the opposing offense? Will the Eagles find a way to neutralize Samuel and Aiyuk? Do the 49ers have the recipe for stopping Brown and Smith?

Then there’s the run game. The Eagles have had a tough time stopping the rushing attack of teams this season but have improved as the season has gone on. Meanwhile, the 49ers traded for CMC in hopes of him being the final piece to the puzzle. If the Eagles stop him and Mitchell then it’ll be a long day for the 49ers’ offense. This will be the matchup to watch.

On Sunday at 3pm, someone’s fate will be decided shortly after and the team that will represent the NFC in the Super Bowl will be announced. Who’s your pick? Eagles? Or the 49ers?