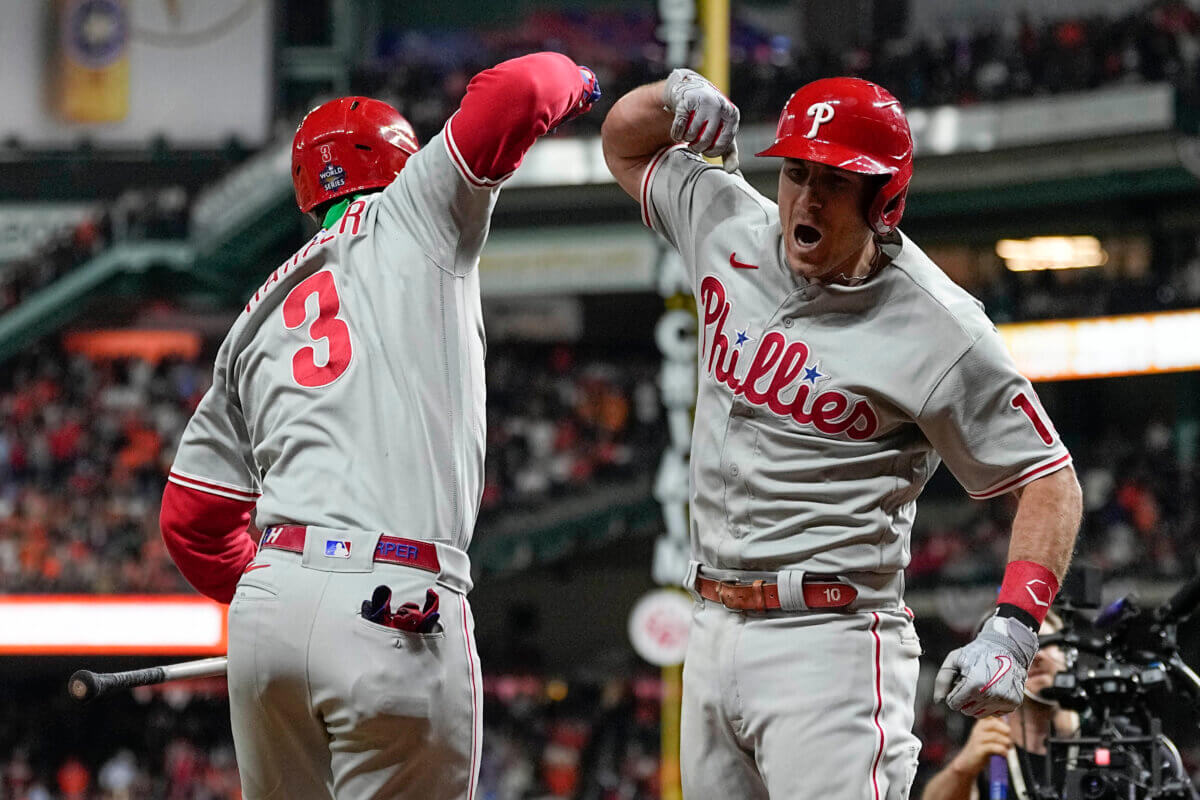 The World Series might not have ended in the fashion that Phillies fans dreamed of after their fairytale playoff run, but with the new year on the horizon, all eyes are on 2023. The Phillies have already made a couple of splashes this offseason by signing Trea Turner and Taijuan Walker, but how did they impact the odds of seeing another Red October?

It might not be the worst decision in the world to back the Phillies early. Take a look at Jalen Hurts for example. The young quarterback was 35/1 at the beginning of the year to win the 2022 MVP Award. Prior to picking up a shoulder sprain, he was around 1/2 to win the coveted award. A cash out on a bet placed months ago would’ve yielded huge returns and there’s every chance that being early on the Phillies would net a similar result.

MLB World Series odds: Where do the Phillies stack up?

It does feel weird that the Phillies rank 8th on the initial odds sheet. The Astros being priced so short doesn’t surprise me and neither does the appearance of teams like the Jays and Yankees, who many expected to be front runners in the thick of the postseason this year. Instead, it was little ol’ Philadelphia who crept up the backstairs and made the most noise. Vegas appears to be pricing that playoff run as a bit of a fluke.

Interestingly, the Dodgers soared up the rankings. They were portrayed as a superteam last year only to get knocked straight out of the playoffs by the Padres of all teams. Speculation surrounding the future of Shohei Ohtani is ripe, but that shouldn’t be the driving factor here. They’re still a premier organization who always find themsevles near the top of the totem pole so their odds may still only drop as time goes on, especially if they put together another dominant campaign.

It should be noted that as of right now, the Phillies have lost key bullpen pieces to free agency. The team did recently make a few strong moves, but with so many other big spenders, it’s easy to see why the Phils are being overlooked again.

If you bet $5 on the Phils to win the World Series right now, it returns $150. However, if you sign up to DraftKings with this offer, then you could then use your FREE $100 bet to place on the same MLB World Series odds market and the return would be a stunning $1800! Considering that this is risk-free money, it’s a much better way to bet on the Phillies winning the World Series Award.