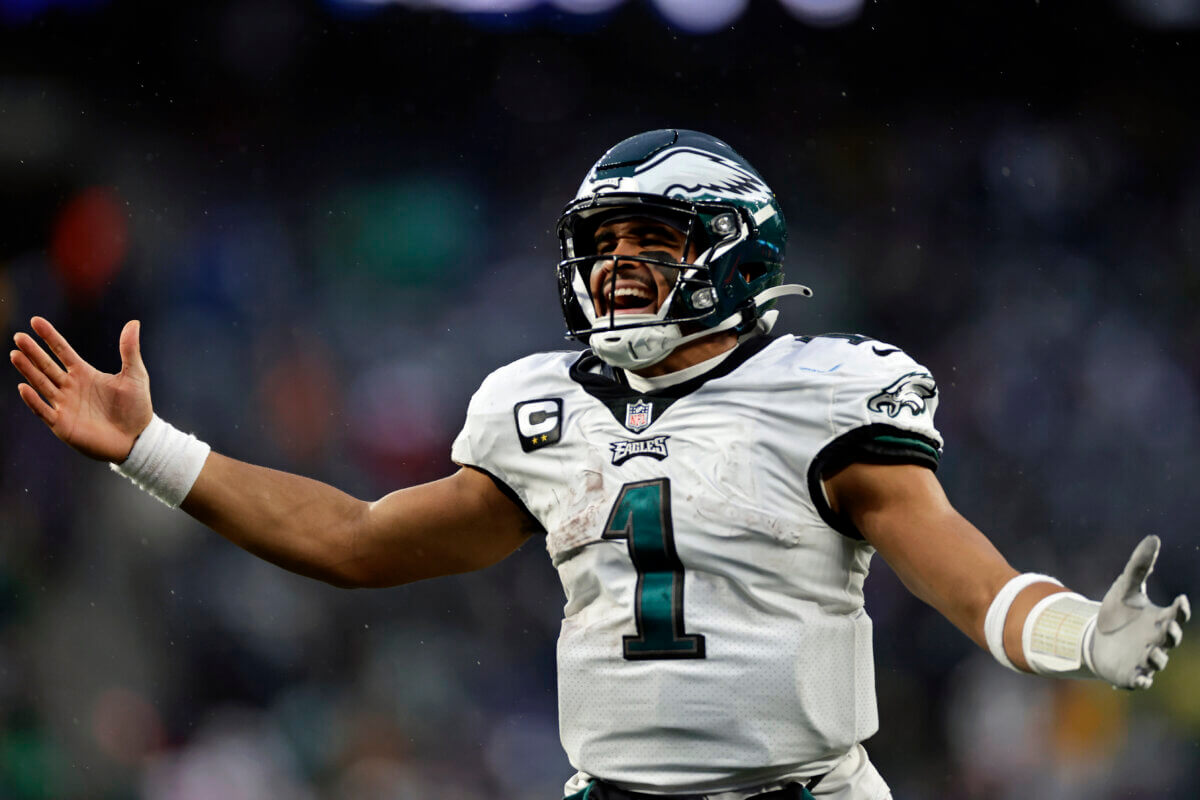 The Philadelphia Eagles are 13-1 so it shouldn’t be a huge shock to hear that EIGHT players have been named to the 2023 NFL Pro Bowl. That number is the highest of any team in the NFL and a real testament to just how great this team really is.

After being traded to the Philadelphia Eagles during the heart of the 2022 NFL Draft, Brown has solidified himself as a star in the City of Brotherly Love. He already has a new career-high for receiving yards this season and sits second in the NFL in receiving touchdowns (10). Alongside DeVonta Smith, A.J Brown has proved himself worthy of every penny that Howie Roseman opted to pay him earlier this offseason.

There were some concerns when the Eagles drafted Landon Dickerson back in 2021 due to the fact he had recently torn his ACL. In his first full year as a starter, he’s exceeded every expectation. He’s allowed just one sack and 3 QB hits all season, while helping the offense storm to 53 total touchdowns through 15 weeks. The Eagles are the fifth team to score 25+ rushing touchdowns in back-to-back seasons and Dickerson’s incredible ability as a blocker has played a huge role in that.

What more needs to be said about the MVP candidate? Was there ever any doubt that he would make a pro bowl this season? He’s been one of the league’s best passers this season, showcasing a monumental leap in his deep-passing accuracy. That step forward alone would be enough to propel the Eagles, but his 35 total touchdowns (13 rushing) have spurred this team to the very top. It’s hard not to gush over the growth of Jalen Hurts and now the NFL can bask in his glory.

The best right tackle in all of Football FINALLY goes back to the Pro Bowl. It feels like every other year he ends up being snubbed for some reason, but the fact he hasn’t allowed a sack since 2020 says everything you need to know. Johnson has been nothing short of dominant this season and deserves all the credit he gets.

You couldn’t bring one without the other. In what may be his last NFL season, Jason Kelce earns his sixth Pro Bowl nod, putting the cherry on the top of what was already a Hall of Fame career. Kelce is once again PFF’s highest-graded center which is just astounding to think about considering his age. Just like a fine wine, Kelce is only getting better and we should all appreciate his remarkable ability while we can.

It took six long years, but Haason Reddick is finally going to a Pro Bowl! He has 12 sacks and 19 QB hits on the year, meaning he’s had three seasons of 10+ sacks in a row. Reddick’s presence on this defensive line has been thunderous and while the scheme has drawn criticism at times, Reddick’s play has more than made up for any lapse by the coordinator. It’s a deserved nod for Reddick, who joined the Eagles in the offseason and has been just as explosive as he ever has been.

Miles Sanders eclipsed 1,000 yards for the first time just a couple of weeks ago and now he has his first Pro Bowl nod. With 11 touchdowns to his name, he ranks 5th in the NFL in rushing, showcasing just how nasty he’s been running this year. We’ve seen a real resurgence for Miles Sanders, who is not only running angrily but explosively. In what is a contract year, it’s been amazing to see Sanders finally put it all together when he needed it most.

It’s Pro Bowl number 5 for Darius Slay and I’m sure this is one that will please every Eagles fan. Slay has become a fan favorite since joining the Eagles a few years ago and his production has only risen in time. He has 3 picks and 13 passes defensed this year, and is PFF’s third-best NFC cornerback.

Slay has been rock solid in his first year as a team captain and enabled this Eagles defense to thrive. A Pro Bowl is more than deserved and it’s great to see one of the best from the past decade get the respect he deserves.