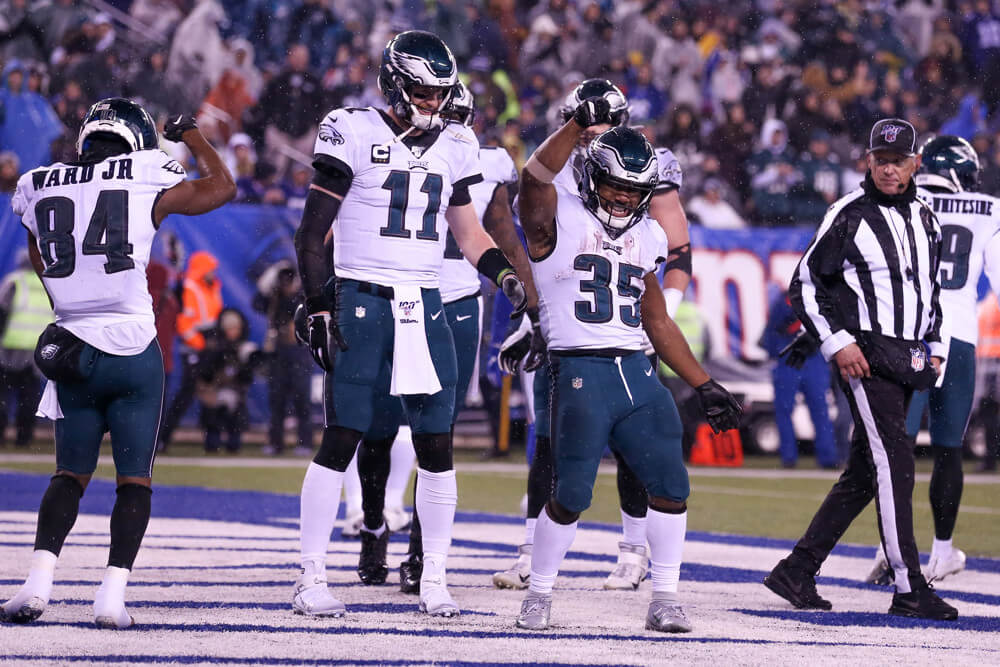 The Eagles announced on Thursday that RB Boston Scott has signed his exclusive-rights tender. This means that because the team has offered him a one-year contract at a league minimum, that no other team can pursue him, giving Scott a very easy decision. He joins Alex Singleton and Greg Ward Jr. as pending ERFA’s to sign their tenders.

Scott has been around the Eagles for a while now after he was poached from the Saints’ practice squad at the end of the 2018 season. A strong 2019 campaign saw Scott step up as a change-of-pace back who rallied to 245 yards on the ground and 204 through the air with 5 total touchdowns to his name. Through this time, he garnered a reputation as a ‘Giants’ killer – one he sustained through 2020.

“One thing I’ve watched from Scott is he’s always a hundred miles an hour.” Brandon Brooks told the media in 2019 after his eccentric showing against the Giants. “He learned that from [Eagles RB] Darren Sproles. I can say about Darren Sproles is that there will never be another Darren Sproles, but he tries to hit the middle with as much as he can. When he gets the opportunity he always makes the most of it.”

The Eagles might need help at running back in the way of a downhill runner to complement Miles Sanders, but the Louisiana Tech product has more than proved his value as a change-of-pace rusher who can add a ton of value in the passing game. He may not be able to come in as a reliable piece in short-yardage situations, but the Eagles don’t need him to. Especially in this new-look offense that has seen Nick Sirianni get the most out of versatile backs such as Nyiem Hines, the best could still be yet to come from the former UDFA.