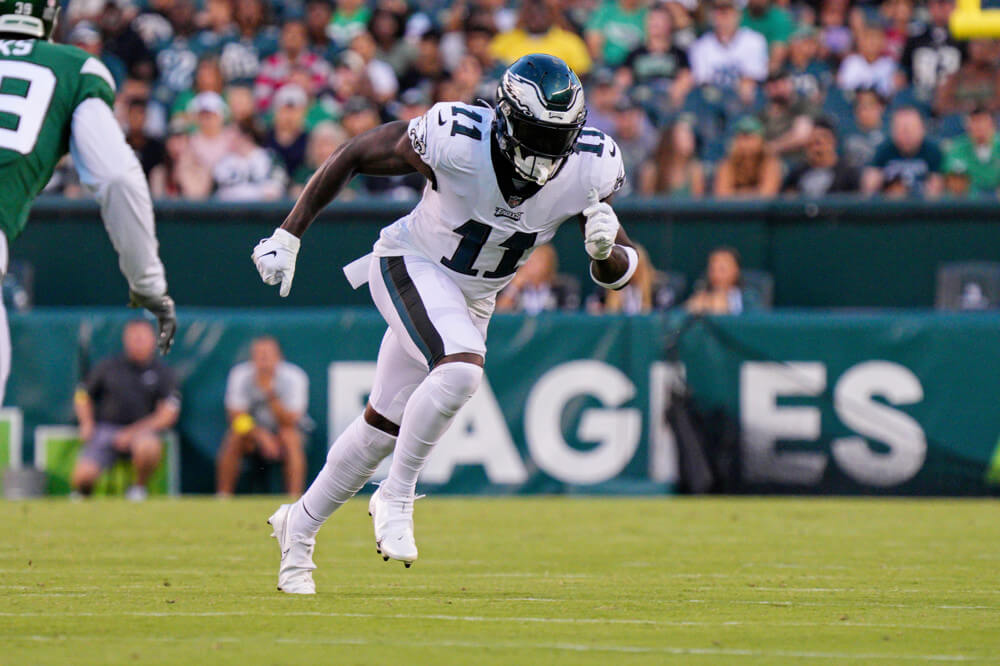 AJ Brown has been one of Philadelphia’s most valuable players this offseason, but a quiet game against the Giants in what was otherwise a dominant win appeared to frustrate the former Tennessee Titan, catching a few by surprise.

AJ Brown frustrated after quiet day at the office?

Nick Sirianni’s team dismantled an inferior Giants organization and is moving on to the NFC Title Game for the second time in five years. But while most of the news surrounding the Eagles is generally positive, there was one minor issue that came up late in the blowout win.

After wide receiver AJ Brown couldn’t come up with a deep pass, the receiver came off the field hobbled but showed a level of frustration. Brown caught just three passes for 22 yards in the win. While never a good look when your team is winning by 30+ points, the Eagles’ head coach used Monday afternoon to quell any further concerns.

“Of course, he’s always going to want the ball. He’s a really good player. Not really anybody in the passing game really got a lot of targets or a lot of opportunities because we were running the ball so well.” Sirianni said. “But make no mistake about it, he was thrilled that we won the football game.”

AJ Brown was seen celebrating with the team after the game and seemed in great spirits by many reporters Saturday night. He also left the Part of Sirianni’s explanation for his receiver was also that the playmaker wasn’t 100% after the win.

“He was going through a little something with his body that was hurting him. We feel like he’ll be ready to go this week, but he was hurting in that game. That’s why he wasn’t in the game.”

The Eagles aren’t leaving anything to chance to go into a tough matchup against the 49ers on Sunday. A win would put Philadelphia in the Super Bowl in the second year of the Nick Sirianni era. While there may have been some issues with the Eagles’ top receiver, those concerns have since been quelled by their head coach.