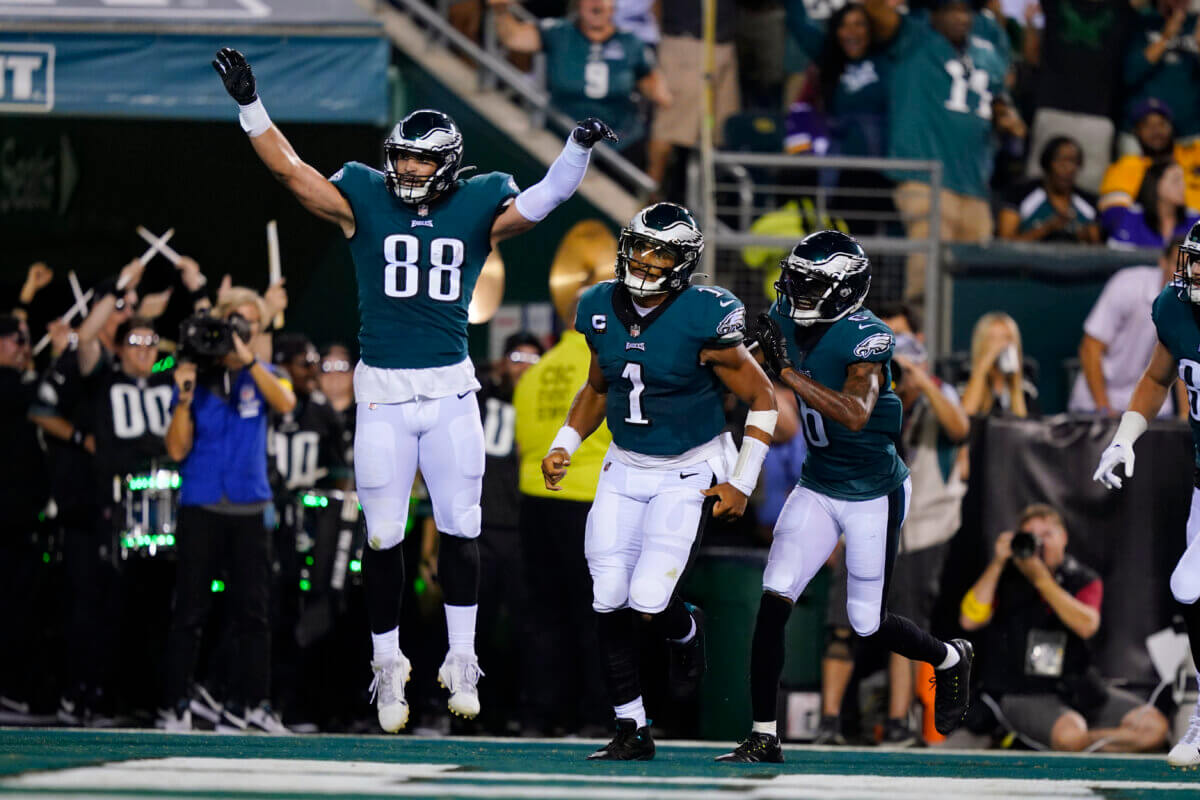 The NFL Super Bowl odds sheet has been updated after the Eagles fell to the Saints on New Year’s Day. The Philadelphia Eagles have suffered two losses in a row, but are still surprisingly favorites to win the NFC Championship.

The Eagles and the road to the Super Bowl

Unsurprisingly, the Buffalo Bills still top the NFL Super Bowl odds list, with the Kansas City Chiefs tucked in behind. What is surprising is that the Eagles are still +500 to get to the Super Bowl and win it all. They’re +200 to win the NFC Championship and the favorites in the conference. Considering that they’ve squandered two games in a row and now face a must-win scenario against the Giants if they are to claim the #1 seed in the NFC and a first-round bye, this feels mispriced.

If the Eagles somehow lose to the Giants, they’ll drop to the five-seed and that’s a dramatic drop in both odds and chances to win the Super Bowl. Their first playoff matchup would be a clash against the Bucs, who eliminated them from the same round last year.

The Eagles have a high-octane offense and a defense that is beginning to find its identity under Jonathan Gannon. They should also get both Jalen Hurts and Lane Johnson back for the postseason, although there has been no update on Chauncey Gardner-Johnson’s status.

If the Eagles can get past the Giants, they’ll receive a first-round bye. They’ve already beaten the Lions and Vikings this season, so that should give them a confidence boost if either team makes it to the next round. The Giants and Cowboys have also both been beaten by the Birds, which just leaves the pesky Niners and that vaunted defense, coordinated by former Eagle DeMeco Ryans.

A lot hinges on this week 18 matchup, so it may be wise to bet on the Eagles to win the Super Bowl now with half of your intended stake. If they beat the Giants, you secured the best odds. If they don’t you have half left to buy at the better price.

You can get a FREE $100 bet on the Eagles to win the Super Bowl by signing up to DraftKings using the link below and wagering $5!

If you bet $5 on the Eagles to win the Super Bowl right now, it returns $25. However, if you sign up to DraftKings with this offer, then you could then use your FREE $100 bet to place on the same market and the return would be a stunning $500! Considering that this is risk-free money, it’s a much better way to bet on the Eagles winning the Super Bowl

If you already have a sportsbook account and bet on the Eagles to win the Super Bowl, that’s great. But by signing up to DraftKings, you’re getting yourself a FREE $100 bet on the same NFL Super Bowl odds market.