How Boston Scott became kryptonite to the New York Giants 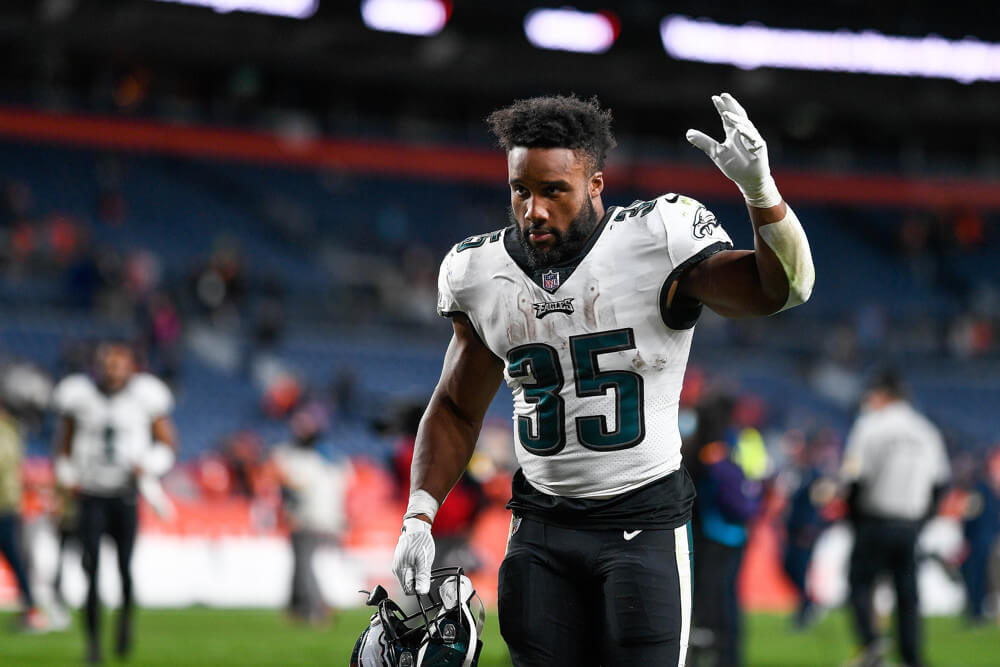 If Boston Scott could play the Giants every week, he would be a hall-of-fame player. The rotational running back has navigated through practice squads and battled against the odds to make a career for himself in the NFL.

The rise of Boston Scott

Scott was drafted in the 6th round of the 2018 draft by the Saints and then signed by the Eagles to their 53-man roster in December as a returner. Scott originally had difficulty getting playing time other than the occasional kick-off return but had an opportunity to show off when Miles Sanders got hurt in 2019 and has been a piece in the running game since.

Boston Scott isn’t a bonafide tarter, but a nice depth, rotational piece to add a little extra punch every once in a while. He also owns the New York Giants. Maybe it’s because his first name is Boston, but he does not like Giants at all. For his career, he has played in 56 games and recorded 1,149 rushing yards, 1,099 return yards, 510 receiving yards, and 15 total touchdowns. Nothing that jumps off the stat sheet when compared to other players. In only 7 career games against the Giants, however, Boston Scott has 360 rushing yards, 184 return yards, 222 receiving yards, and 9 total touchdowns. That is a staggering jump in production in such a small sample size compared to the rest of his career.

Boston Scott takes a liking to the Giants

Boston Scott has also been extremely versatile in these games as well. In 3 of the 7 games, he has gotten at least 45 receiving and rushing yards in the same game. In some games, he’s used more as a pass catcher out of the backfield, and other times he’s used as a between-the-tackles running back. And then there are games like Sunday where Sanders played so well, he didn’t get much time on offense but was able to contribute by breaking off multiple long returns, averaging almost 40 yards per return.

The LA Tech product has also has been clutch for the team in games against the G-Men. In 2019, the first game against New York, he scored to tie the game and send it to overtime saving the season in the process. Then in week 17, scored 3 touchdowns in a game to clinch the division. In 2020 he scored a go-ahead touchdown in the final minute of regulation. Even in Sunday’s game, he provided a spark to a special teams unit that has been porous for most of the season.

What is the reason for all this? Well the best answer to me is that there is no reason why. Sometimes a player just owns another team but there’s no real reason as to why they’re more effective than usual. You could say that it’s because the Giants have been bad in all those matches. But the Eagles play bad teams every year and he doesn’t demolish Washington or Detroit or Houston the way he does it to the Giants. Maybe he just likes playing in the Meadowlands or thought he was going to be drafted by them. There is no definite answer as to why but he is worth keeping on the Eagles just for these 2 games a year alone.