By Zach Ciavolella Posted on December 3, 2022 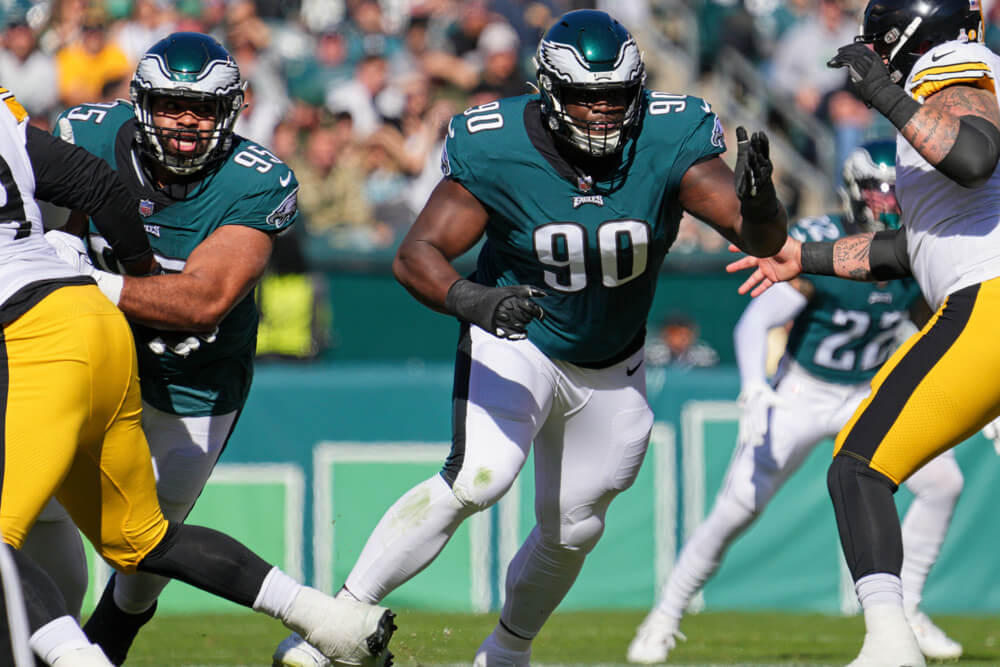 As the Philadelphia Eagles prepare for their upcoming matchup against Derrick Henry and the Tennessee Titans, the team will be getting some much-needed backup. Philadelphia has activated defensive tackle Jordan Davis among total moves Saturday afternoon.

The return of the run-stuffing rookie is just what the doctor ordered for the Eagles as they are set to square off against one of the toughest and most talented backs in the NFL, Derrick Henry.

In the four games that Davis missed with a high ankle sprain, Philadelphia has given up over 120 rushing yards per game (to running backs alone). That’s the seventh-highest mark in the entire league.

Stopping the run has become one of the few problems facing this 10-1 Eagles team, but it has been, and remains, a noticeable one. General Manager Howie Roseman has already attempted to reinforce the defense by bringing in defensive tackles Linval Joseph and Ndamukong Suh. While those additions have certainly paid off so far, there is still clearly a hole on the defensive front; one a healthy Jordan Davis could certainly fill.

The return of Jordan Davis was not the only move to take place, of course.

Star defensive back CJ Gardner-Johnson was placed on the Injured Reserve after suffering a laceration on his kidney (similar to Zach Ertz ) against the Green Bay Packers last week. The 24-year-old soon-to-be free agent is out indefinitely and will officially miss the next four weeks after being placed on IR.

Gardner-Johnson was not only the league’s leader in interceptions this season but a spark for the defense as well. His presence will be missed, but it’s time for the next man to step up. Reed Blankenship played phenomenally in CJGJ’s place, but he’ll have to keep it up if the Eagles expect to maintain their hold on the NFC.

While most of Gardner-Johnson’s regular season is over at this point, he can still return for the final two weeks of the season and, more importantly, the playoffs.