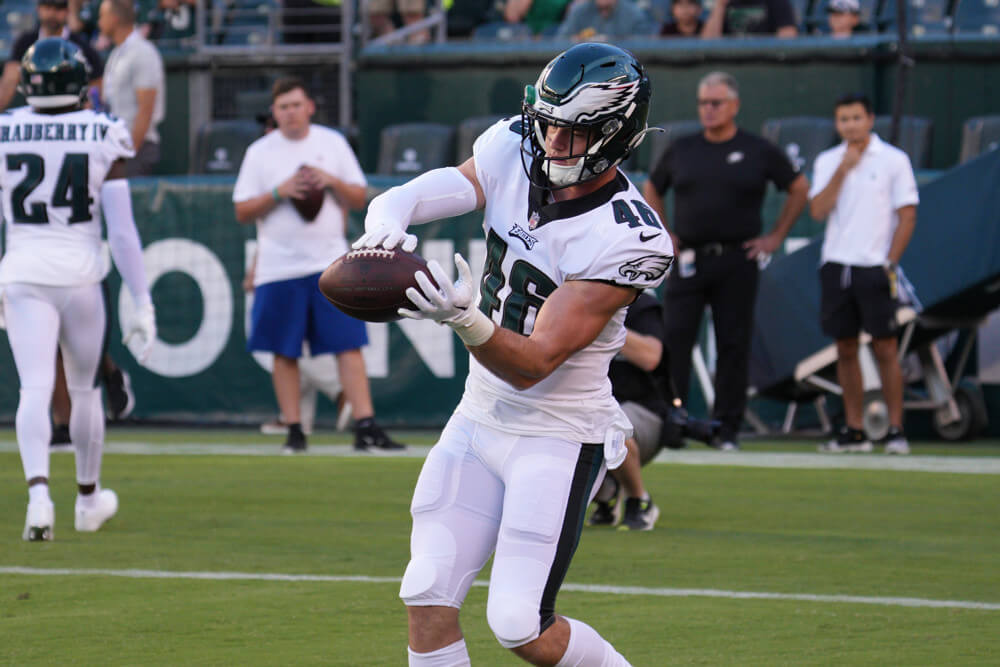 The Philadelphia Eagles are just a few hours away from a preseason clash with the Cleveland Browns. The Birds lost their preseason opener to the New York Jets and haven’t won a preseason game in over two years. As for Cleveland, they won against the Jags last week thanks to a great game from backup QB Josh Dobbs. Who has the advantage going into tonight?

How to Watch: NFL Network

The Cleveland Browns held 10 practice out of the second joint practice with the Eagles, per the official Browns website:

The big name really to note is RB Miles Sanders, who has reportedly suffered a hamstring injury but isn’t in jeopardy of missing week one. There was already speculation surrounding a potential Kareem hunt trade, and the absence of the Penn State product has only added fuel to the fire.

It will be interesting to see if Kenny Gainwell or Boston Scott take snaps tonight. Gainwell was an omission from last week’s contest and appears to have struggled in taking the next step in his development. A solid day at the office may give Howie Roseman some additional confidience that his second-year player is good enough to hold the fort.

The Eagles are currently favored by 2 points after a pair of impressive joint practices where they were clearly the better team.. This means for the bet to win, the Eagles would need to win by 3 or more.

There is clearly a lot of momentum in Philadelphia’s corner. With an abundance off-field noise surrounding Browns QB Deshaun Watson and the team’s attitude towards him, one could argue the Birds may be able to capitalize on that, knowing they’ve already gotten the better of the Browns on two occasions.

It’s also worth noting that the Browns won’t be playing many (if any) starters against the Eagles. Philly may follow suit, but it’s arguable that the depth in Philadelphia is stronger in key areas.

I think there’s enough of a case to be made for the Eagles to win this game and when you factor in a $200 risk-free bet, what’s not to love?