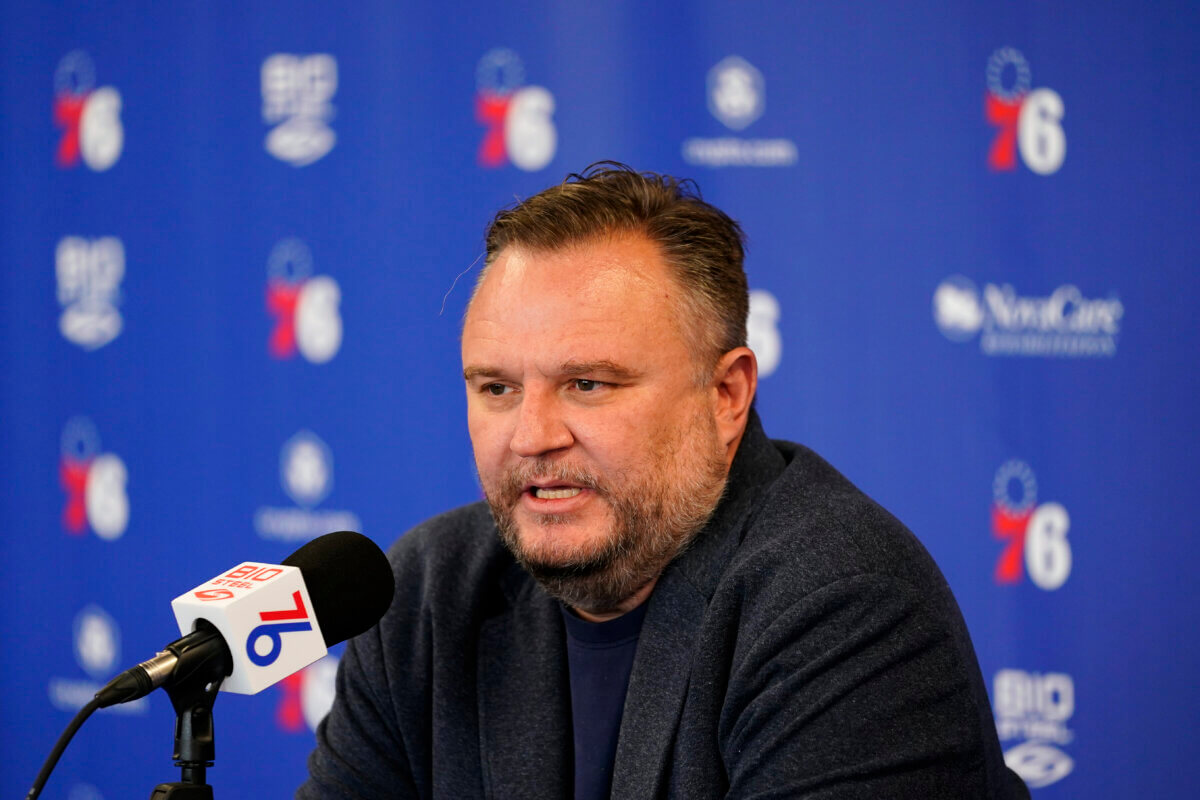 The Philadelphia 76ers have failed to get past the second round of the playoffs once again. Even with the blockbuster trade for James Harden, the team still came up short of the championship aspirations they continually seek. In the past five seasons, as the fruits of the Process began to be harvested, the Sixers have won a total of just four playoff series wins. Failing to ever make it past to Conference Semi-Finals is a massive disappointment- especially considering the several attempts at completing a roster around Joel Embiid.

With it unclear how long the window will be open for the 28-year-old, the 76ers have an incredibly important offseason ahead. This will be the first offseason for Daryl Morey to work his magic, and the Sixers certainly need it. His first year at the helm was the abbreviated offseason following the Orlando bubble. He still managed to offload Al Horford and Josh Richardson for better-fitting pieces during this time.

This past offseason, Morey was held hostage by the Ben Simmons situation, which carried into the regular season. He ultimately solved this by flipping the former number one overall pick for James Harden. The Beard once again became the centerpiece of a Daryl Morey deal once again, and he was able to land his white whale- this time in Philadelphia. As great as the initial feeling was and the first few games looked, Harden now is the centerpiece of the biggest question mark of the offseason.

The James Harden contract situation is far from the only issue that needs to be addressed this offseason. As Daryl Morey and the Philadelphia 76ers begin to attack the offseason, there are a few key points that they must set his sights on.

It seemed as if the Philadelphia 76ers had found their missing piece of the puzzle once they landed James Harden this season. The first few games were near-perfect, and his playstyle fits alongside Joel Embiid. Especially considering the trade and Harden’s previous relationship with Morey, it is not as simple of an issue as it was expected to be.

The 32-year-old veteran is up for a max contract and also has a one-year $47.4 million option he can opt into. James Harden is still a very useful player who can contribute to the 76ers, but he is not the MVP caliber player he once was. Both Morey and Harden have been vocal in their hopes of a long-term future with each other. It does not seem an if for whether or not Harden will be back, but rather what the price will be that is the bigger concern.

While James Harden is reportedly willing to take less money, it is unclear how much less money this would be. It is also one thing to say this and another when the contract is placed in front of him. Signing on to pay a 37-year-old James Harden north of $60 million would handcuff the Sixers completely, and the franchise is better off letting him walk than paying this max price. Morey should absolutely do his best to bring Harden back, but this negotiation must be handled carefully.

Tobias Harris gets a bad wrap. He has been the ultimate professional throughout his entire tenure in Philadelphia and his entire career. The bloated contract has clouded the views of his play for quite some time, and he certainly has had poor stretches of play. Even so, Harris deserves a ton of credit for the changes he made in his game since the addition of James Harden. After serving as the number two option for the beginning of the season, the 76ers’ style of play drastically changed with Harden running the offense.

The 29-year-old clearly put in extra effort as a catch-and-shooter and made quicker decisions. Harris attempted 3.6 three-point attempts before Harden’s arrival and 4.8 three-point attempts per game in the second half of the season. He adapted to his new role and attempted 3.9 fewer shot attempts per game with Harden in the lineup. Harris also stepped up defensively in a major way during the playoffs in a way he had never done before.

With all this being said, Tobias Harris absolutely must be traded this offseason. The $37.6 million he is due next season clogs up far too much of the Sixers’ cap space which could be better used elsewhere. As much as he has tried, he will never flawlessly fit into the style of play the 76ers need. Flipping him for better-fitting complementary players or the cap space needed to get these players is a must for this offseason.

The ever-smiling Matisse Thybulle has been a fan favorite since coming to the Philadelphia 76ers. As high as his ceiling may be, it is time to give up on him being able to reach it. Thybulle has shown little to no offensive improvement in his three seasons with the franchise. The 25-year-old will never develop enough on the offensive end enough to play major minutes for a contending NBA team.

His deficiencies were highlighted in the playoffs as both the Raptors and Heat showed zero attention to him in the halfcourt. Similar to the complaints with Ben Simmons last season, this disrespect from opposing defenses creates major spacing issues for the rest of the team. However, Thybulle is even worse than Simmons in the fact that he lacks the passing or dribbling ability to make him somewhat of a positive.

The Washington product is known for his defense, but there is also cause for concern here. He can create eye-popping highlights with his near seven-foot wingspan. However, his tendency to allow his opponent to get in front of him and attempts to gain possession from behind creates issues for the rest of the defense. His spastic style of play is untraditional and does not allow him to stay connected with the rest of the defense. When watching the teams remaining in the playoffs, it is clear how each player is on the same page when rotating or making reads. Thybulle impresses as an individual defender, but this does not translate to team success.

Even with his poor performance in the playoffs, there are still plenty of teams that will talk themselves into his potential. There also is a pretty likely chance that he could be better utilized in a different style of offense than what Philly runs. The Philadelphia 76ers would be wise to capitalize on this and add a more complete two-way player to get closer to the contender they hope to be.

The issues with the bench go beyond just Matisse Thybulle. When comparing the 76ers to other playoff teams, it is clear the lack of depth on Philadelphia’s roster. Guys like Furkan Korkmaz, Georges Niang, and Shake Milton would be unable to crack minutes on any of the remaining rostered teams — and that is concerning.

The drop off when the starters step up off the court has been an issue for the Philadelphia 76ers for several years. While the backup center often takes the brunt of this criticism, it applies to the whole second unit. Championships are won in the margins, and the 76ers must do a better job of capitalizing on these.

While Morey seemingly has his sights set on a larger target, if the bench is neglected, the Philadelphia 76ers will continually run into this issue. Adding some guys with some toughness and competitive fire to the second unit would make a major impact on this Sixers team.