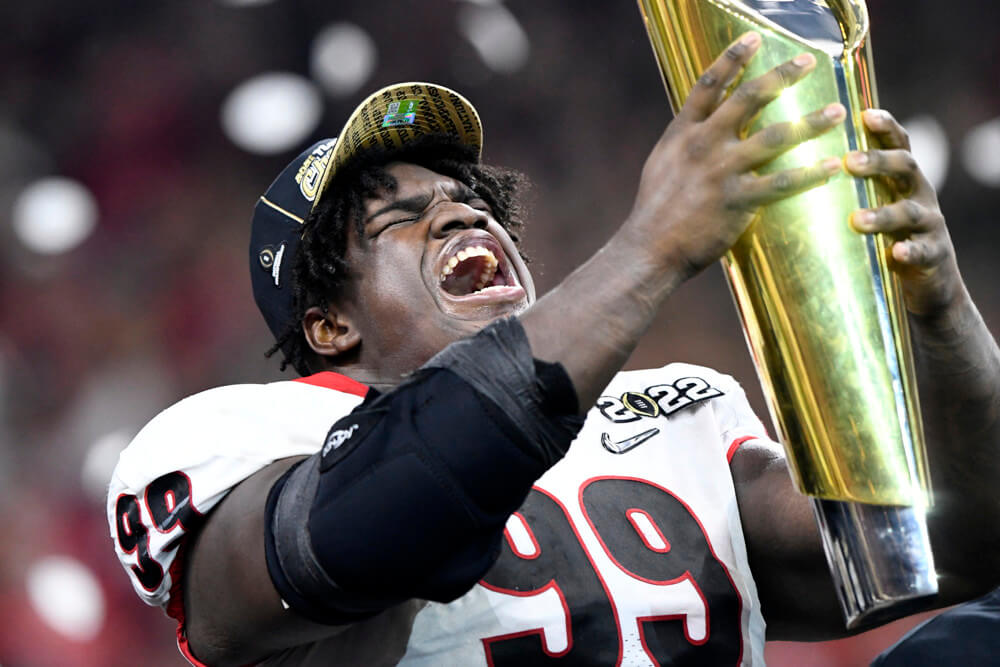 The NFL Draft is upon us, so before the clock strikes 8PM and the whole city holds its breath, here’s a quick look into an Eagles-themed Crystal ball.

No wide receiver in the first round

There’s a lot of hype surrounding Jameson Williams right now, and I get it. But the Eagles will have ample opportunity to pick up wide receiver help. There’s a long list of talented wideouts in this class, but the drop-off in talent at other positions of need is a lot steeper once the first-round ends. With that in mind, as much fun as seeing Williams or Olave in this offense would be, I’m predicting that Howie stands firm and spends those picks elsewhere.

Roseman is a bit of a wheeler and dealer and has a reputation for being a shrewd negotiator. With an intent to stock the cabinet for the 2023 Draft, I think Roseman not only entertains phone calls, but commits to a few deals. I could absolutely see a drop back if it meant picking up more capital for 2023, along with some sneaky moves to jump rivals and land players he’s super high on. Never the kind of man to say no to an opportunity, Roseman is going to make three total trades this year, according to my crystal ball.

The only way that the Eagles take a wideout early is if they ship off Jalen Reagor in a corresponding trade. Otherwise the move just complicates the overall picture and puts a cap on the ceiling of Quez Watkins. If it’s an early wideout they want, then Jalen Reagor has to be moved on in a bid to get some of that investment back, and after a week of league chatter pointing towards a trade, I’d be willing to bet on that happening.

I would not be shocked to see the Eagles stack up on defensive line talent. The immediate futures at both IDL/EDGE is extremely murky when you look at the contracts expiring over the next two years. I’d even be willing to bet that picks 15 and 18 are both spent on DL talent, be that in a trade to land one player, or both on individual picks. I can see there being a trio of defensive linemen being selected, with at least one cornerstone in the first round.