Flyers, Hart go for season sweep versus the Kings

Note: if you purchase something through one of our affiliate links, Schneps Media may earn a commission.
By Eric Reese Posted on January 24, 2023 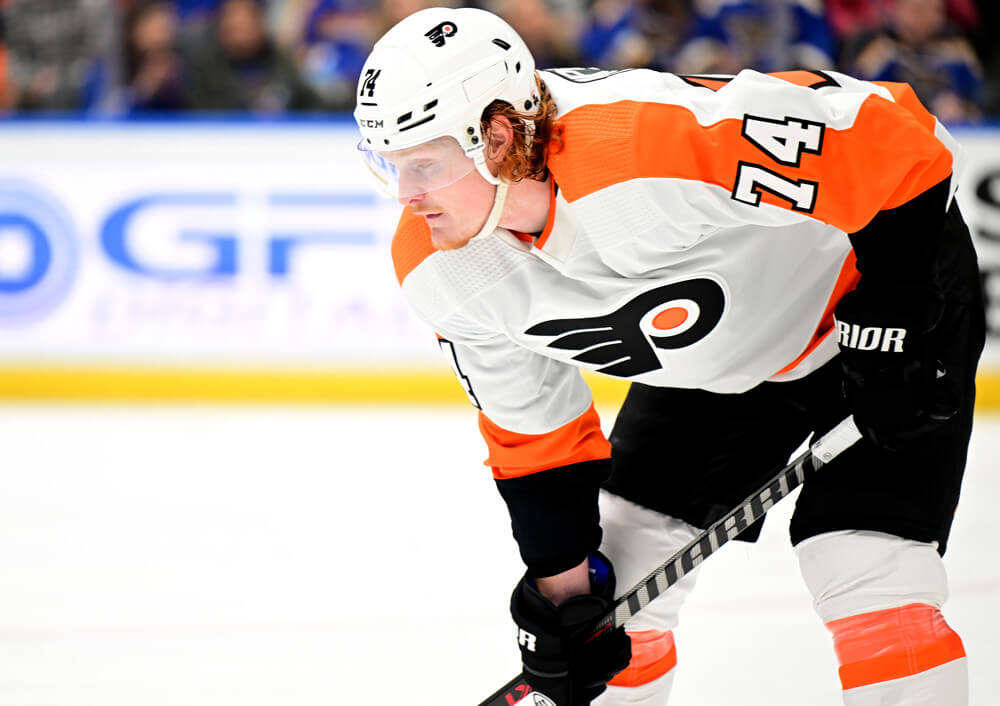 Flip-flopping wins and losses, the Philadelphia Flyers host the Los Angeles Kings. Earlier this season, the Flyers defeated the Kings on the road, leading the season series 1-0-0.

Previously, Sam Ersson and Owen Tippett starred in Los Angeles. Ersson earned one of his two victories against playoff opponents in the 4-2 win. Tippett notched two points (1G, 1A) while working his play with the puck and away from it, as John Tortorella stressed:

“I’m getting used to playing the style of game that’s kind of expected. I think we talked about it before, it takes the thinking out of the game which allows me to play freely and chances like that open up.”

Philadelphia hopes to avoid consecutive losses for the first time since the back-to-back on December 22nd and 23rd, 2022, against the Toronto Maple Leafs and Carolina Hurricanes.

Over their last five games, the Kings are 2-3-0. They broke a three-game losing skid in the second of their back-to-back against the Chicago Blackhawks, 2-1.

Kevin Fiala (16G, 33A) is off to a solid start in Los Angeles. He’s averaging a point-per-game pace in 2022-2023, comparable to the best season of his NHL career in 2021-2022 with the Minnesota Wild. Lately, Fiala has three points (3A) in the last five games and had an assist versus the Flyers in the earlier loss this season.

Jaret Anderson-Dolan (5G, 3A) potted both goals against the Blackhawks. Both goals featured Fiala on the primary assist. They’ll combine on the third line as sneaky producers. It’ll be easy to lose Anderson-Dolan in the shuffle, which was the same mistake Chicago made.

Here’s the projected lineup for the Los Angeles Kings:

Philadelphia is also 2-3-0 in their last five games. Unlike the Kings, they did not go on a losing streak, but all the same.

Tippett (13G, 12A) was very effective in the victory earlier this season in Los Angeles. Breaking out with the Flyers a season after his acquisition at the 2022 NHL Trade Deadline, Tippett brings excitement to a rebuild. Tonight is a prime chance for Tippett to spring back into the stat sheet after accumulating one assist in the last five games.

Travis Konecny (24G, 25A) helped Philadelphia remain perfect on the penalty kill against a top-ten powerplay at home versus the Winnipeg Jets. When the Flyers pick up a victory, Konecny contributes. Without his contribution, we’ve watched Philadelphia dip amid a hefty schedule. In Los Angeles, Konecny found the back of an empty net.

The Philadelphia Flyers host the Los Angeles Kings tonight at 7pm. The radio broadcast is available on 97.5 the Fanatic.