Eagles vs Saints: 5 players to watch on New Year’s Day 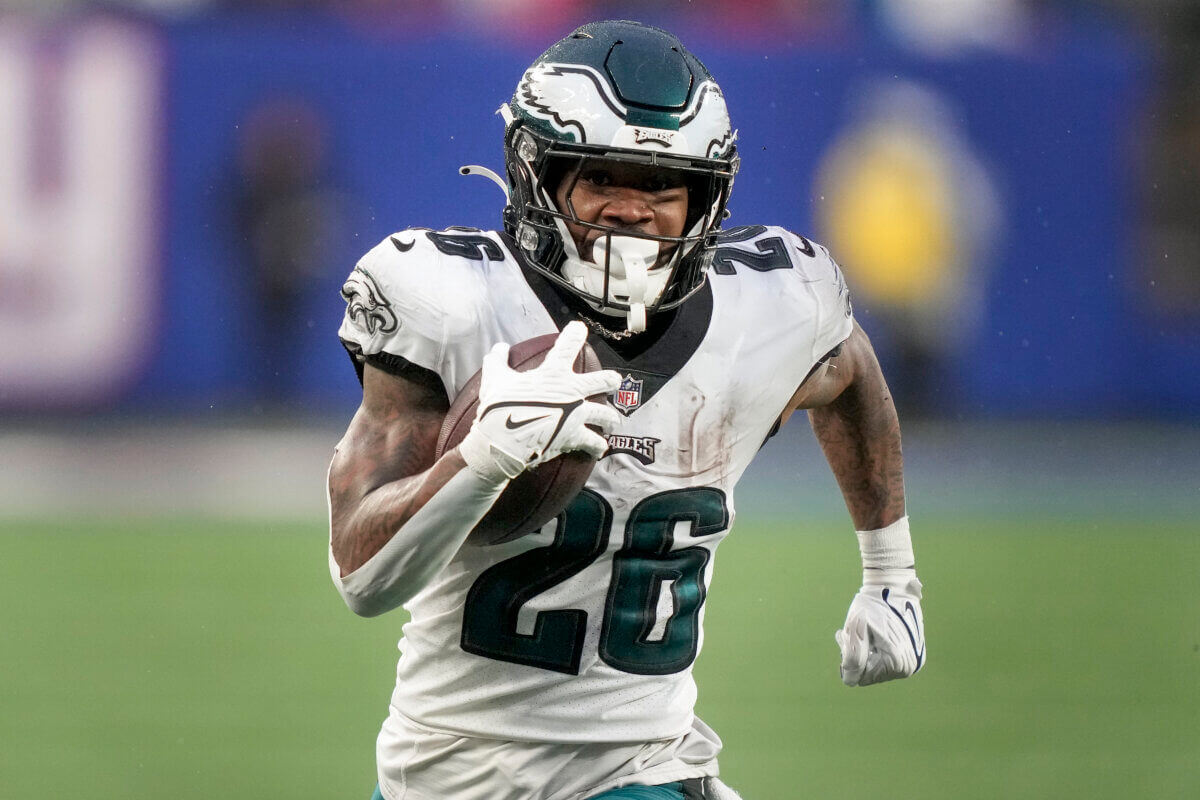 Philadelphia Eagles running back Miles Sanders (26) runs for a touchdown against the New York Giants during the fourth quarter of an NFL football game, Sunday, Dec. 11, 2022, in East Rutherford, N.J. (AP Photo/John Minchillo)

The Eagles and Saints are two teams that are very familiar with each other. This is the third year in a row that these teams have played, but both are very different than in years past. Philly is on the rise and New Orleans is seemingly falling. Before these two face each other to bring in the New Year, here are 5 players to watch out for.

With Lane Johnson out for the rest of the regular season, one of the options the Eagles have is third-year player, Jack Driscoll. So far during his time in Philly, Driscoll has been used as a backup across the offensive line. He has plenty of experience and because he is coached by Jeff Stoutland, can hold his own. Lane Johnson is one of the best tackles in the NFL so there’s going to be a drop in quality, but Driscoll would be a starter on some teams. The Saints’ defense line is one of their more talented units, but I’m confident that Driscoll can keep Minshew upright for most of the afternoon.

With Michael Thomas out yet again with injury, Olave turns into the Saints’ number 1 receiver. The rookie from Ohio State has been their most dangerous weapon, with 940 yards and 3 touchdowns. Olave is the Saints’ biggest offensive threat, with an ability to catch passes in short, intermediate, and long distances. This will be the first time the Eagles face him, so they need to make sure they gameplan for his ability even if he is a young player.

In his 13th season, BG is having the best statistical season of his career. This week, he has an opportunity to get double-digit sacks for the first time, being just 1 short with 9. As someone who has already accomplished so much in his Eagles tenure, this would be just another great achievement. Graham comes ready to play every game no matter what, but he might be giving the Eagles some extra fire this week.

This summer, the Eagles tried hard to sign one of the top free agents at safety, but Tyrann Mathieu ended up signing a deal with his hometown Saints. The Honey Badger is still one of the better secondary players in football and with over 10 years of experience, there’s not much he hasn’t seen. He has 2 interceptions, 7 passes defended, and 1 sack on the year, and is constantly making plays on the ball. If Minshew does not protect the ball, Mathieu will make him pay.

Ever since Sanders had his career day against the Giants, he has not played very well. After protecting the ball all season, the coaching staff has seemingly lost all trust in his ability, with lost fumbles in 2 straight games. The one late in the Dallas game was especially hurtful, as that just about sealed the game for the Cowboys. He is only averaging 50 yards in the last 2 games, and there are long stretches where he is completely unused in the offense. Hopefully, Sirianni took care of the fumble issues during the week, and Miles can go back to the bell-cow back they need to clinch the division and the first-round bye.