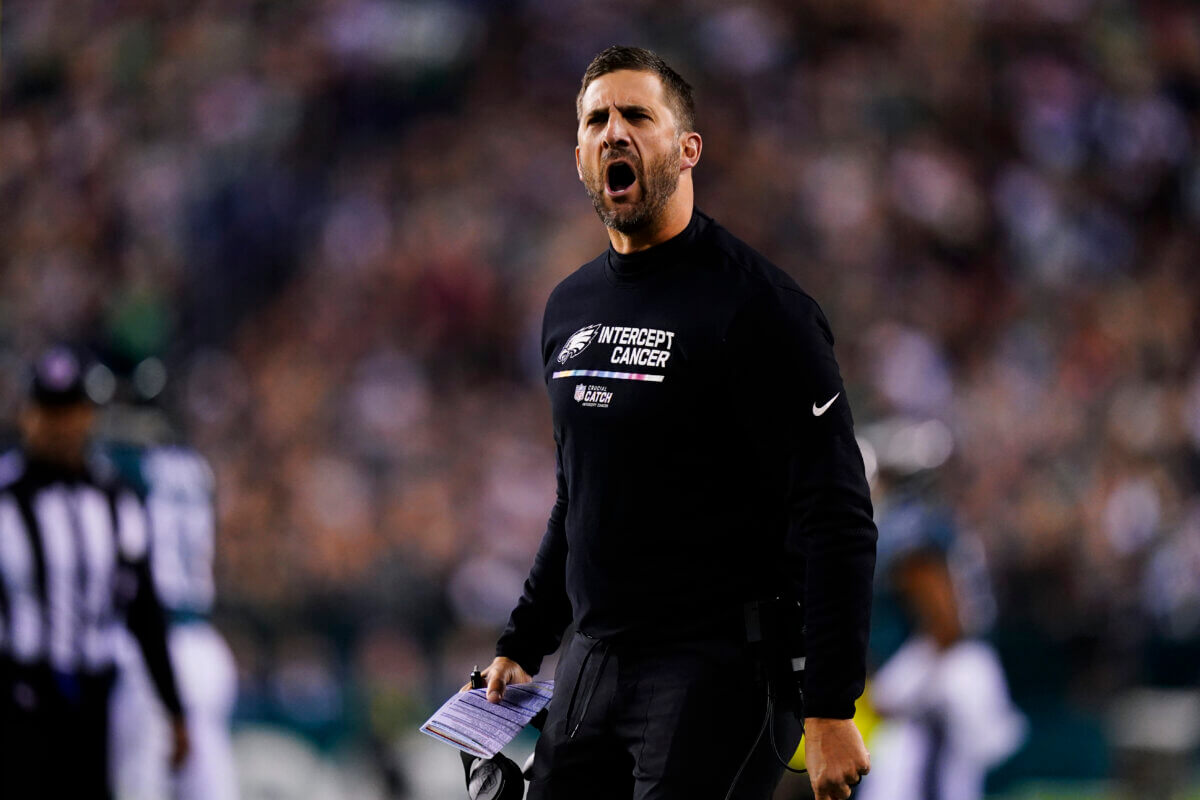 The Eagles took on the Green Bay Packers on Sunday Night Football and truly turned back the clocks. The team relied heavily on the run game that was powered by a huge first quarter by Jalen Hurts.

Hurts rushed for over 100 yards in just the first quarter alone which helped jumpstart an offense that seemed to be slowing down over the last few weeks. Jalen Hurts and Aaron Rodgers went blow for blow throughout the entire first half but it was the Eagles that ended the half with an edge.

Unfortunately, the Eagles took a huge loss as C.J. Gardner-Johnson was ruled out after a huge hit on Christian Watson after a 4th and 5 completion. CJGJ left the game with a rib injury which should’ve led to a vulnerable defense but instead, the Eagles’ undrafted rookie, Reed Blankenship, stepped in and made a huge first impression.

Blankenship was every the Eagles needed him to be as the defense continued to play hard as if CJGJ was still there. Thanks to a huge sack by the defensive line, the Eagles’ offense took advantage of an opportunity and finished the first half 27-20. Unfortunately, Aaron Rodgers took a huge blow to the ribs and would later be ruled out with an oblique injury.

The team started the second half by forcing the Packers to go three and out as Rodgers continued to struggle due to the injury to his oblique. Aaron Rodgers was ruled out after the first drive as the Eagles extended the lead to 37-23.

Jordan Love replaced Aaron Rodgers in the 4th quarter and made an instant impact as he threw a 63-yard touchdown pass to Christian Watson. Watson finished the game with 4 receptions for 110 yards and a touchdown.

With nine minutes left in the fourth quarter, the Eagles were able to milk the clock a bit and ended their drive with a 54-yard field goal by Jake Elliott. Unfortunately, Jordan Love refused to go away as he led the Packers down the field but it only resulted in a field goal.

Philadelphia will now prepare to host the Tennessee Titans next Sunday as A.J. Brown looks to show up his old team.

Eagles’ Player of the Game