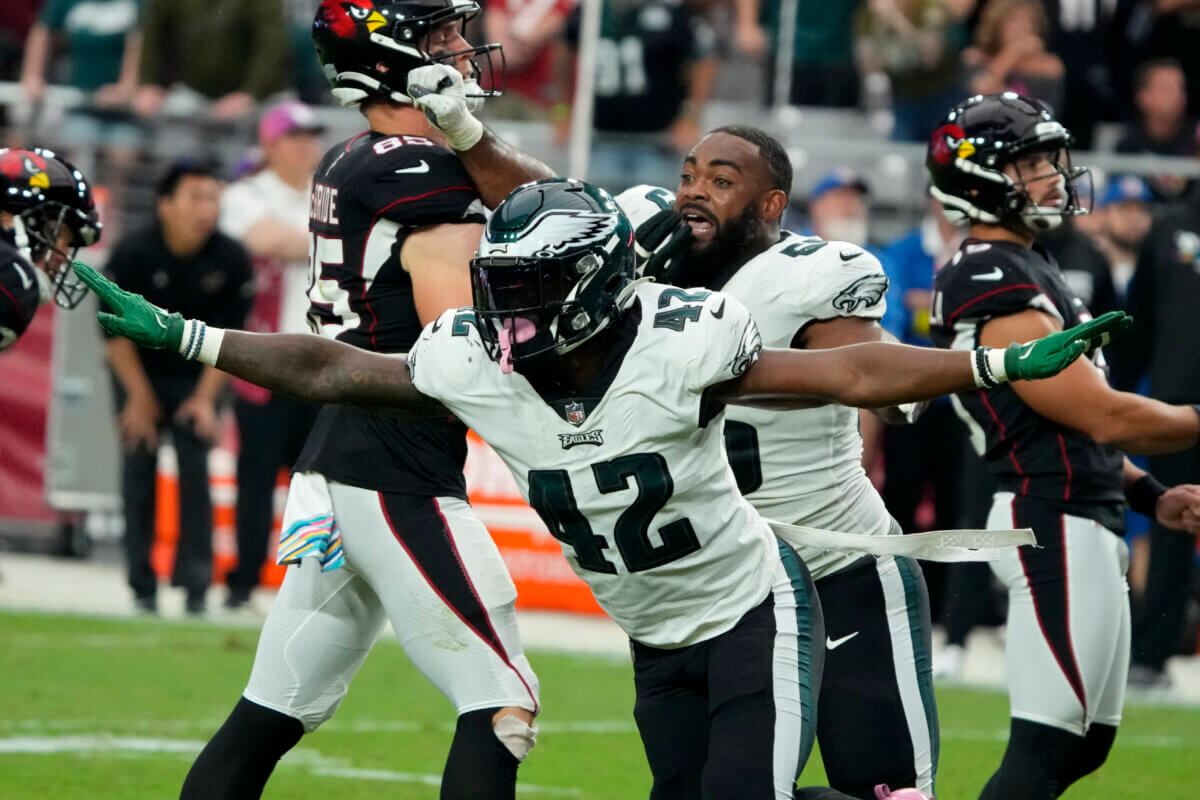 The Philadelphia Eagles are down in Houston to face off against the Texans in a Thursday Night Football matchup. The undefeated Eagles are expected to make quick work of the 1-5-1 Texans, but in the NFL, one can never afford to underestimate their performance.

Tonight will be exciting enough, but with these best-bets, one can create even more excitement by joining the action!

I tend to avoid spreads that reach double digits. Call it what you will, but the game of football is too unpredictable for that type of move to pay off. That may be true most nights, but tonight is not most nights.

There are rarely games that feature two teams on such different paths, and yet that is what fans have before them tonight. Philadelphia is the last undefeated team in the NFL. The Houston Texans, the second-worst team only to the 1-6 Detroit Lions. Tonight could be a potential bloodbath.

The Eagles are coming off of a victory that saw them utterly dismantle the Pittsburgh Steelers, who at least have a respectable defense. How much more so will they dominate tonight?

Take the Eagles to cover the spread tonight.

Tonight’s game is not likely to be close; that much has already been established. Philadelphia is far too talented to be overcome by a team like Houston. Still, an o/u of 45 spells potential trouble. If one team is to be dominated, can the game still reach the over?

The answer is a surprising yes, but with reasoning, that surprise is easily tempered. When the Eagles build their leads, they tend to transition to a sticks defense, not unlike the days when Jim Schwartz was the defensive coordinator.

In doing so, Philadelphia allows teams to eat up yards at a time and, on occasion, even score at the sacrifice of time off the clock. The Eagles currently allow 6.1 points per game in the fourth quarter, some that, as of this moment, has yet to bite them, but the season is still young.

Pair that with Philadelphia’s offense, which will almost certainly take flight tonight, and you have a clear path to the over-hitting tonight.

Take the over on total points for tonight’s game.

Tonight has the makings of a nightmare for the Houston Texans but a fun time for the Philadelphia Eagles. Especially if there is a big lead to be had early, the Texans could certainly begin to feel the pressure from the Eagles and be completely thrown off their groove.

This is where the Eagles’ defense, or even the special teams, will have its moment to strike. Texans quarterback Davis Mills has already thrown six interceptions on the young season, and Houston averages one fumble per game, so the odds of at least one turnover, especially to the league’s top team in takeaways, are evident. On a night like tonight, any of those potential turnovers could be returned for six.