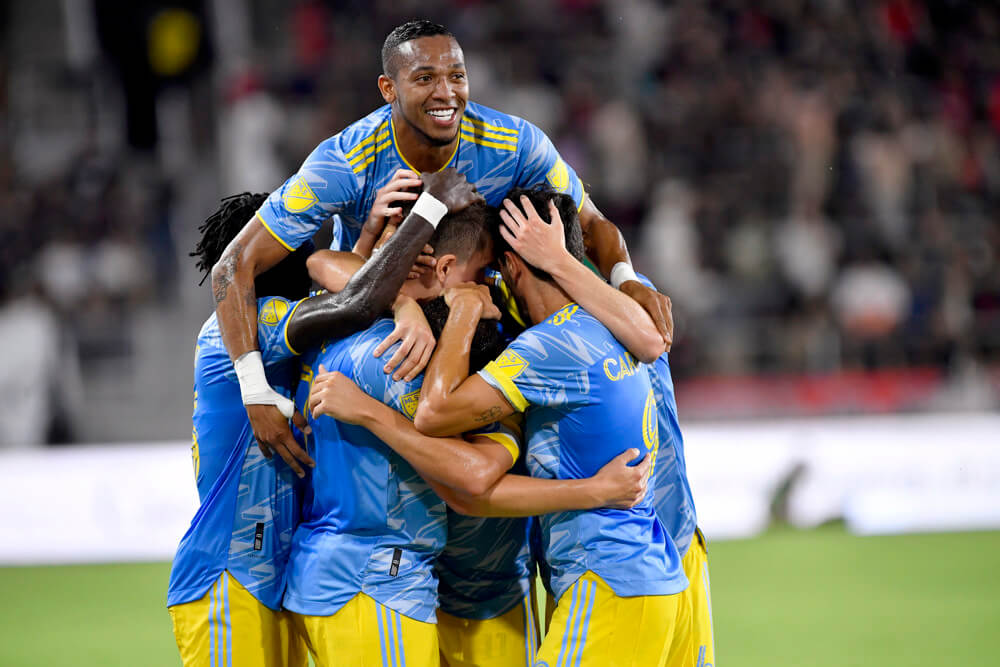 The Philadelphia Union is just one game away from securing its first ever MLS cup. LAFC stand in its way as a team that pretty much went stride for stride this year, making it only fitting that they’ll clash in the MLS Cup Final. But who has the upper hand going into Saturday’s game?

How to watch Philadelphia Union vs Los Angeles FC

Well, here we are. Los Angeles has already clenched the Supporters Shield and will be looking to capture the MLS Cup after knocking out their local rivals, LA Galaxy in the Western Conference Semi Final before thrashing Austin in the Final. They’ll face a Union side that finished on level points with them during the regular season, but LAFC actually won more games, winning the tie-breaker.

The Philadelphia Union’s road to the top hasn’t been easy, but regulars of the River End are no strangers to that narrative. They beat FC Cincinnati in the Eastern Conference Semi-Final before defeating a local rival of their own, NYCFC, in the Final last week. Dethroning the reigning champions is some way to build momentum going into the MLS Cup.

Who to watch in Philadelphia Union vs LAFC

This marks the first time that the Union has reached the MLS cup in the team’s 13-year history. Jim Curtin has been able to build a formidable unit ahead of 2022 Allstate Goalkeeper of the Year, Andre Blake, and a dominant back four including Jakob Glesnes, Jack Elliott, and Kai Wagner.

They only let in 26 goals in 2022. The second closest team to them in that regard was Dallas who let in 37. LAFC might have the star power, but they’ll have to be at their best if they are to break down these sky-high walls.

The star of the show in Philly is undoubtedly Daniel Gazdag, who has proved to be everything and more than fans could’ve possibly hoped. He punched in 23 goals and 6 assists this season. He’s +550 to score first on Saturday. Speaking of assists, don’t look past Kai Wagner, who is second in ALL MLS players in that category, which is wild for a fullback. He will have a key role to play this weekend.

For LA, look no further than Carlos Vela. Sure, he might not be the same guy he was when he won the MVP award in 2018, but he’s still amassed 12 goals and 11 assists this season and is lethal in transition.

Chicho Arango is probably the biggest threat to note. He has developed at an alarming rate and has 16 goals and 5 assists this season.

They say ’defense wins championships’ and that’s the mentality I’m backing here. The Union have only allowed 10 goals in 17 home games this season and with such a potent offense, an underdog mentality, and a Head Coach who is more than well prepared for this occasion, it’s hard not to love Philly at nearly 3/1.

Use this DraftKings PA promo and get an exciting bonus after placing a $5 wager on Phillies vs Astros. Win or lose the $5 wager, DraftKings will give you $100 INSTANTLY, before the game even kicks off!