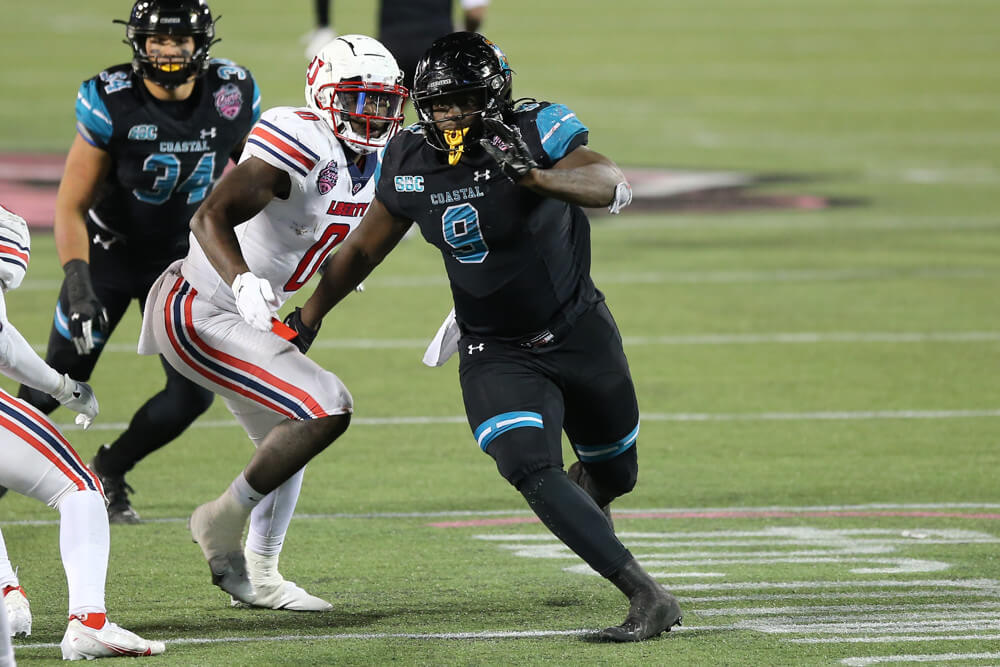 Every action has a reaction and when you have a 53-man roster filled to the top and acquire a new player, somebody has to make way. Unfortunately for second-year EDGE rusher, Tarron Jackson, that’s his reality after the Eagles made an aggressive move to land Robert Quinn from the Chicago Bears.

Tarron Jackson was a late-round pick of the Eagles back in 2021. He flew under the radar at Coastal Carolina, but was actually PFF’s 3rd best-graded college football player in 2020. He had 54 total tackles, 14 tackles for loss, 8.5 sacks (tied for 8th in the FBS), 18 QB hits, and 3 forced fumbles before being drafted by the Birds.

Since then, he has struggled to really make a mark on defense. He’s only played in 27 defensive snaps this season (11%). That number is down from the 23% he played in last year. That was always going to be the case when Haason Reddick waltzed onto the scene, however.

Jackson ends his Eagles tenure with a forced fumble and 18 tackles, none of which came this year.