4 key takeaways from Phillies vs Cardinals 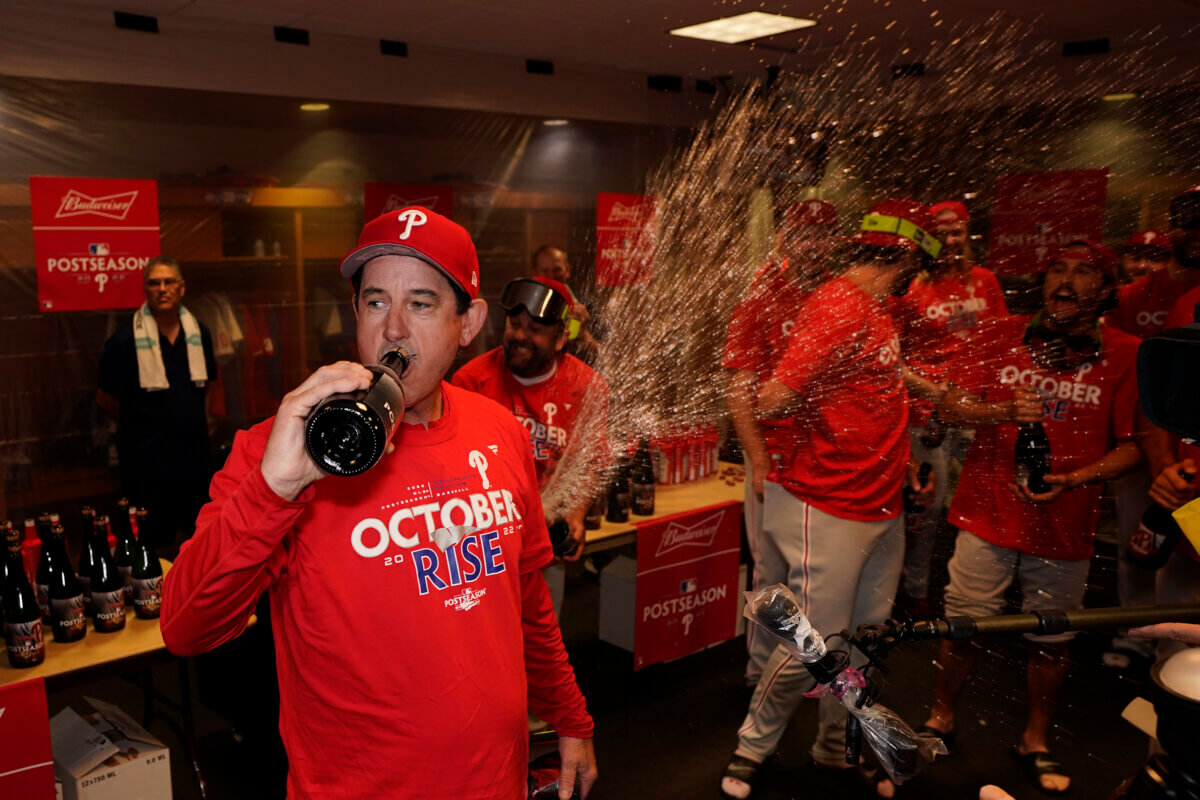 I spent last evening at Citi Field. The Philadelphia Phillies had advanced, so I didn’t mind being surrounded by Mets fans on a Sunday night.

And as the crowd rained ‘cheater’ chants down on Butter Joe Musgrove, it dawned on me just how lucky I was. I can finally say it: Ich Liebe die Phillies und die Kardinäle stinken.

So as the St. Louis Cardinals pack up for 2022, the Phillies are just getting started, and we learned a lot about this team in the process. The Phillies even found their manager along the way. Prost.

At long last, it’s been confirmed that Rob Thompson will return as the Phillies’ manager in 2023.

His two-year extension will take him through 2024, and the Phillies have one less thing to worry about for the rest of October. Good for you, Topper.

Aaron Nola found himself in early trouble in his first-ever postseason appearance. A first-inning leadoff double from Lars Nootbar looked dangerous, but Nola did something that didn’t seem possible just a year ago: he stayed f*cking calm.

While Nola struggled through the first frame in 2021, he’s been a tour de force in 2022. Just look at these splits.

I’m not cherry-picking statistics here. These numbers are almost identical, even down to the number of hits allowed, but one thing has changed: the long ball.

Rather than let an inning spiral and find yourself down 2-0 immediately, Nola has shown the composure to mitigate even a leadoff double from Nootbar, with not one but two National League MVP candidates waiting in the wings.

Call it maturity or whatever, but that’s a great sign as the Phillies head to Atlanta.

The Phillies were patient with Alec Bohm, as was the city, and it has paid off in droves.

Although he finished the regular season with the fourth most errors (13) of any third basemen in the National League, he’s committed only one over his last 29 appearances. Not to mention some of the spectacular plays we’ve seen recently.

Offensively, he finished at the top of the pack among his National League running mates. Bohm had the ninth-most hits (164), fourth-most singles (124), and most sacrifice flies (10) in the NL.

I mention those three numbers in particular because they’re not only impressive but demonstrate Bohm’s progression into a high-average hitter with situational awareness.

He’s got room to grow, but it’s all clicking for the former first-round pick, and his timing couldn’t be better.

Midnight Train to… well, you know

The Atlanta Braves are next for the Phillies, and it won’t be easy.

In nineteen games, the Phillies’ run differential against the Braves is only -3, and they were even able to split their most recent four-game series.

Of course, that was before Atlanta fought their way to the NL East title, but there might not be as much of a discrepancy between these two teams as our friends at Sports Illustrated would have you believe.

Suarez has pitched more innings against the Braves than any other team this season. Through 28 innings, the righty has a 3.21 ERA and 7.4 SO/9. Call it fate.