Instant Analysis: The Eagles and Trey sermon are a perfect match 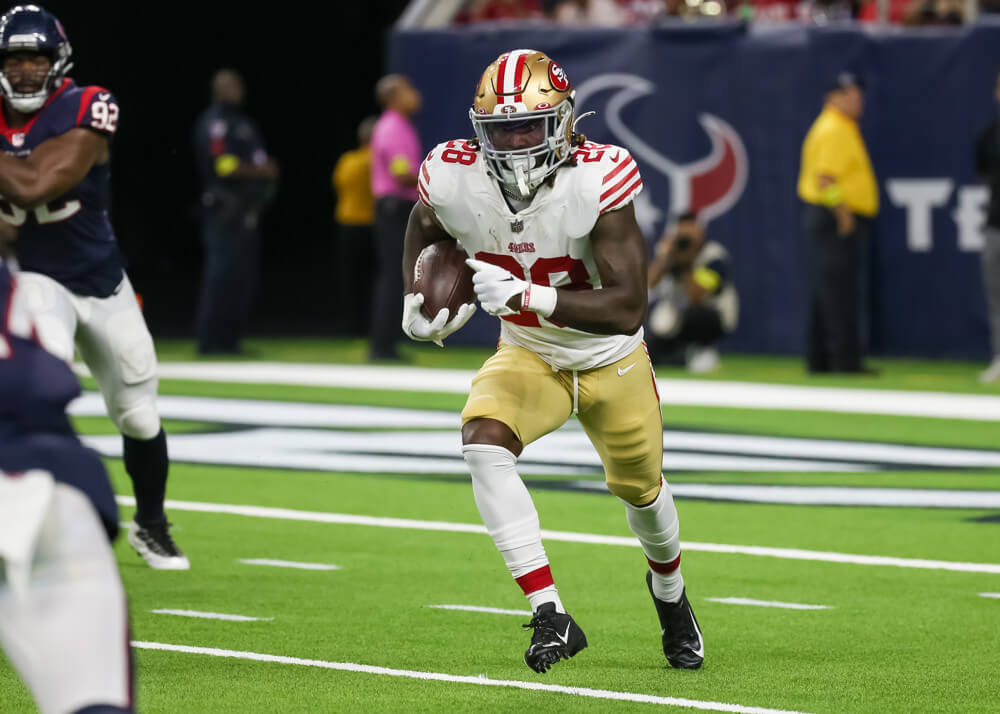 The Eagles are on a tear this offseason as they continue to do all they can to build a well-rounded roster. On Thursday afternoon, the Eagles were awarded RB Trey Sermon off of waivers. Sermon was cut by the 49ers this week even though he was a 3rd round pick for the team in the 2021 NFL Draft.

The former Ohio State Buckeye was a menace in college as he had great explosiveness and was able to break off tackles like no other. Unfortunately, he hasn’t shown that same burst in the NFL yet but then again he was a part of an overcrowded backfield in San Francisco which limited his playing time in his rookie season.

How does he fit with the Eagles?

Sermon is the type of running back you want in this offense to compliment the running style of Miles Sanders, Kenny Gainwell, and Boston Scott. While he only had 41 carries for 167 rushing yards last season, Sermon still averaged 4.1 yards per carry in nine games with the San Francisco 49ers.

If the Eagles can get him consistent touches where he gets comfortable enough then this could be a huge steal this offseason. Sermon is a running back that works well off of rhythm as you can see when pulling up his college tape. Unfortunately, it all wasn’t there in San Francisco.

Now he enters a situation where the touches could be there for him. No other back on the roster has his skill set. Sermon’s ability to cut between the tackles with patience and finesse is something that the Eagles have wanted Sanders to do for quite some time.

The team also has set themselves up for success with this waiver claim. If Sermon does pan out for the Eagles then they can move on from Miles Sanders this offseason due to having Trey Sermon and Kenneth Gainwell on their rookie contracts still. Even if you wanted to try and extend Gainwell, the cost won’t be high due to his limited usage.

While it may take time for Trey Sermon to get acclimated to his new team, the services of the sophomore running back will be in demand early and often this season. With Miles Sanders dealing with a hamstring issue, the coaching staff would love to rely on the 3rd round pick as a change of pace back for this offense. We’ve seen how Nick Sirianni once used Hines and Taylor, I would assume that the same rules apply to this RB group.