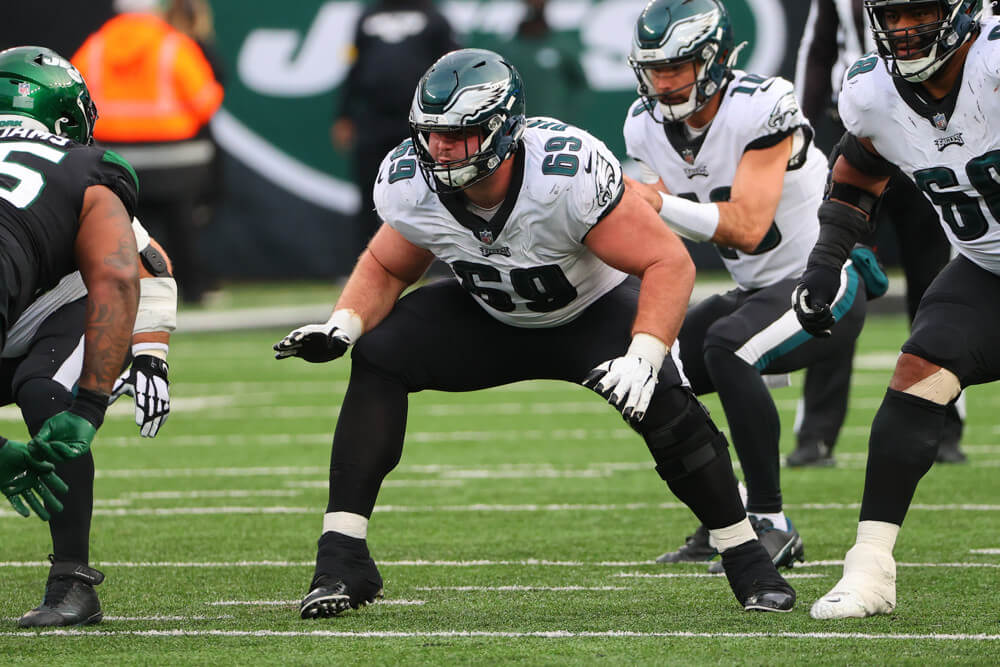 Philadelphia Eagles football is back as the team has begun training camp this week. Training camp brings big talk and big smiles – and big expectations too. Reporters and fans will scrutinize every video clip and press conference to see if veterans are still hungry and rookies are ready to step up. But for second-year players, it’s time to prove that twelve months of pro football has turned potential into guaranteed performance. And every 2021 draftee has key areas to improve.

During their second training camp, both players will be expected to deliver dazzling highlight clips. Chemistry with Jalen Hurts is a big success factor for Smith, while any displays of physical strength will soothe lingering concerns about his wiry frame. Dickerson’s footwork drills will attract close attention, and pass blocking is a key area to improve. He needs to stay out of the injury tent too.

There were clashing opinions about the Eagles’ third-round pick in 2021. Williams’ incredible Pro Day stats showed up in flashes last season, and his flexibility will offer respite for Cox and Graham in the year ahead. If he can take his pass rushing to the next level, he could be a powerful weapon.

When McPhearson arrived in Philly, the Eagles were desperate for cornerbacks after operating an injury-fueled CB carousel in 2020. Then Slay earned a Pro Bowl spot, Nelson played the second-most snaps on the team and Maddox won a three-year contract. McPhearson was solid on special teams. Better hip-turns, sharper footwork and smarter movements in zone coverage would raise his stock.

Cousin Kenny may feel unfairly treated after his first season. He often served as a pass-catcher and never quite got a chance to establish himself as a true dual threat. This summer, he’ll need to dominate the boxing glove on a stick if he wants a bigger share of the RB workload in 2022.

Tuipulotu had a rough time last year too, managing just five tackles in five appearances after getting stuck behind Hasson Ridgeway in the pecking order. With Ridge out of the way, Tuipulotu will turn heads if he adds a stronger pass rush to his stout run-stuffing.

The big win over Detroit in Week 8 reinvigorated Eagles football in 2021. Jackson recorded his first ever sack – but it was his last of the season. The Coastal Carolina product showed grown-man strength whenever given a chance, and will hope to put his hands on red-shirted QBs frequently this summer.

JaCoby Stevens got injured in training camp last year and had to wait until Week 17 to make his debut. He’ll catch the eye if his run recognition and open-space speed has improved.

The Eagles’ final pick in 2021, Patrick Johnson, got his first start in the dead-rubber game against Dallas. With a boatload of linebackers sailing into Philly since the end of the season, he’ll need to take big steps forward in every area of his game to have a shot at the roster for this season.

Cameras tend to focus on new toys and old heroes at training camp, but second-year players face a unique set of challenges at the NovaCare Complex this summer. Patience will be thinner, while the range of potential alternatives has expanded. Coaches and fans will demand clear evidence of development. It’s time to prove that a year in the big time has generated big improvements for the Eagles.