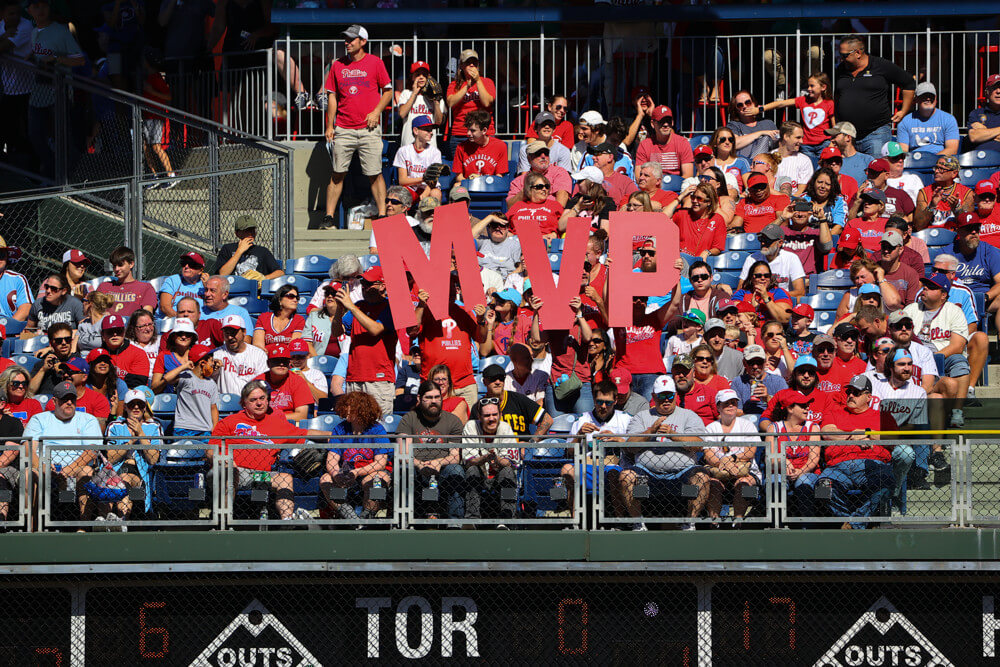 As the 1950’s close and the Whiz Kids depart the team, the 60’s and 70’s hold just 4 more total questionable MVP candidates. Both decades contain exactly 2 players that we’ll go over. The first is the most obscure player of the bunch and possibly the biggest question mark in Phillies MVP voting history.

A fine fielder, Malkmus would be in the Phillies’ minor league system until 1967.

1964 is a year that Phillies’ fans of a certain vintage prefer to forget about. They finished 2nd in the National League with a 92-70 record. They looked destined for the World Series, but a 10 game September losing streak snake bit the team.

The shortstop of that team should be familiar to most Phillies’ fans. His son would be the Assistant General Manager and General Manager during the Phillies’ greatest stretch of the 21st century. (So far, we hope).

Ruben Amaro Sr. has many special connections to the franchise and should be remembered fondly for his contributions to the team.

But these lists aren’t about that.

Amaro was certainly more deserving than Malkmus. He won the Rawlings’ Gold Glove Award in 1964, meaning he was seen as a standout with the leather. As a hitter, he didn’t add much oomph. His .264 batting average was respectable, but his .648 OPS was not. On top of that, he didn’t bat much, accumulating just 299 at-bats.

If you’d followed the list through the other two parts, you’ve probably noticed I’ve picked on players that had OPS’ under .700. If Rabbit Maranville played for the Phillies, he’d be my biggest offender. The same will ring true for this 3-time Phillies’ All-Star.

The slick-fielding double-play duo with Larry Bowa finished 16th in MVP voting. He’d finish in front of Astros’ ace J.R. Richard and future Pirates’ MVP Dave Parker. Had he finished closer to his teammate who finished 29th, I wouldn’t have included “Action Dog.”

Speaking of the 29th place finish…

The second-best shortstop in Phillies’ history will be remembered for his immense contributions to the franchise. Before I end this list, let’s talk about the 1978 MVP race.

Bowa hit .294 on the season, so I won’t outright question him getting MVP votes. It’s the fact that he finished 3rd in NL MVP voting. He posted an OPS of .689, yet finished 3 places above George Foster who led the league in homers (40) and RBI (120). He finished above four future HoFers just in the top 10.

Besides MVP Dave Parker, Bowa was the only other player to receive first-place votes.

He had a great season, just not a 3rd place MVP finish season.