Brandon Brooks announces his retirement from the NFL 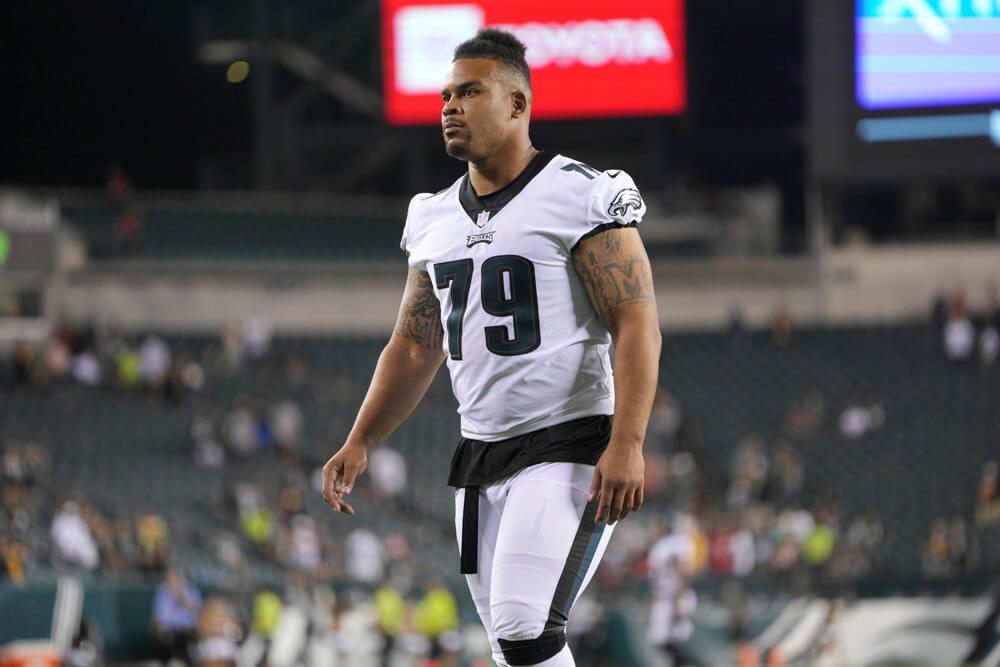 The definition of a warrior is a brave or experienced soldier or fighter. That’s who Brandon Brooks is. That’s exactly what he has been since the very first moment that he put on that midnight green jersey back in 2016. The once third-round prospect out of Miami(OH) has grown into one of the better right guards in the league but it wasn’t always sunny in Philadelphia for him.

There was a time where football wasn’t the necessary remedy for Brooks. In 2016, Brandon Brooks missed two out of three games from weeks 12 to 14. The Eagles reported his absence as a stomach Illness but couldn’t understand what was completely going on with him.

It wasn’t until December 14th, 2016 where Brandon Brooks stood up in front of his locker room and finally expressed what was going on. Brooks went on to explain that it wasn’t due to nerves or fear or playing but instead it was because of his obsession with football.

“What it is is that I have like an obsession with the game. It’s an unhealthy obsession right now and I’m working with team doctors to get everything straightened out and getting the help that I need and things like that.”

It took working with team doctors and taking medication to help settle down the stomach pains. Brooks battled back from his internal fight with anxiety to finish the season strong.

After the 2016 season, Brandon Brooks became a staple in the Eagles offense. From the 2017 Super Bowl run to being selected to the Pro Bowl from 2017 to 2019. In that span, Brooks also played the most consecutive games during a season of his career.

During the 2018 playoffs, Brandon Brooks tore his right Achilles and somehow rehabbed himself like a mad man to return by the 2019 season opener. Unfortunately, that was just the beginning of the next level of battles that Brooks would have to face.

Months away from the start of the 2020 season, Brandon Brooks tore his left Achilles’ tendon while working out at the Novacare Complex. Brooks seemed to have his mind in the right place after the recasting injury as he promised to come back better once again but one would have to think that the burden of these injuries was weighing heavily on his mind.

Which has led us to this season and the mystery of Brandon Brooks. Brooks sustained a pectoral strain during the week 2 matchup against the San Francisco 49ers. Since then, it’s been radio silence on the Brooks’ injury. Nick Sirianni has continuously mentioned that they didn’t have an update.

Until today. The veteran guard sat down with reporters at the NovaCare Complex to announce his retirement from the NFL. Brooks will leave behind a legacy of not only being one of the best guards of the past 10 years, but someone who never quit. He battled anxiety at a position where masculinity and testosterone are at their highest. He tore his Achilles twice. And he still tried to get back up for his team and inspire them.

A remarkable teammate and an even more remarkable human, thank you, Brandon Brooks.