How would the return of Brandon Brooks impact the Eagles? 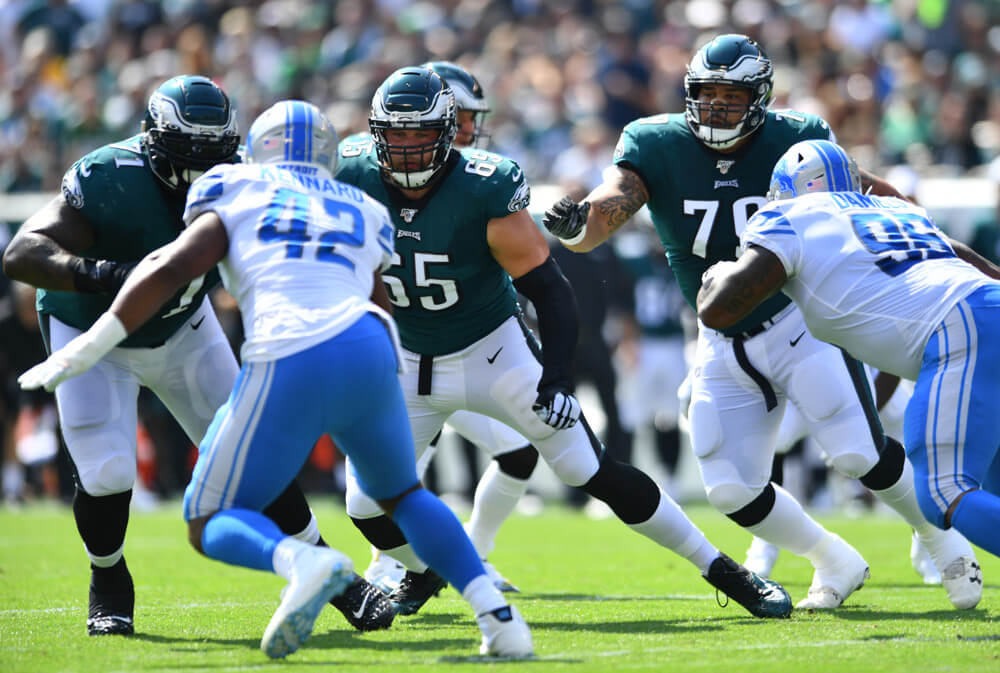 On Wednesday afternoon, Nick Sirianni refused to confirm whether right guard Brandon Brooks will be active for Sunday’s game against Washington. If the rumors are true, it would be the third miraculous recovery of the 32-year-old’s career in Philly, following rapid returns after a torn right Achilles in 2018 and left Achilles in 2020. What role would he play now? What impact could he have on this team? And what does the future hold?

The next four weeks

The return of Brooks would be big news. He’s a three-time All-Pro player and was the NFL’s best offensive lineman in 2019. Sadly, he’s barely seen the field since then. The 6’5” Miami graduate didn’t play a single game in 2020 and only managed 96 snaps in 2021 before suffering a pectoral strain in Week Two. But if his incredible athleticism hasn’t deserted him, he could be a valuable asset for the next four weeks – and maybe beyond.

After such a long spell on the treatment table, it’s likely the Eagles would reintroduce Brooks gradually rather than throwing him back into full-time action. Jack Driscoll and Nate Herbig deserve playing time after doing a solid replacement job, although Driscoll’s season is now over. A rotational role would also give Brooks time to build his conditioning while enabling the Eagles to keep their linemen fresh.

That freshness is a thrilling prospect for Philly sports fans – and a chilling nightmare for remaining opponents. The Eagles already have one of the best offensive lines in the league. Keeping those players fully-charged for longer and adding a skillful veteran RG could propel them to unimaginable new heights.

The next three years

In the upcoming four games, Brooks would have a chance to shape his long-term future too. He is contracted to the Eagles until the end of the 2024 season, after signing a four-year extension in November 2019 that was worth a total of $71.6 million. That deal made Brooks the highest paid guard in the NFL at the time. Since putting pen to paper, he has played in just nine out of 37 possible games.

As the 2021 season reaches its climax, Brooks could get a chance to show that he’s back to full strength and ready to start merrily bulldozing defensive linemen nationwide again. That may convince the Eagles to stick with him. It might also attract suitors for a trade. The Eagles have plenty of depth at OL and will feel confident in their ability to draft for the position – and in Jeff Stoutland’s ability to develop stand-out performers. That points towards an exit for Brooks, especially with his heavy price tag.

Brooks has spoken bravely about his issues with anxiety. He has a close relationship with Lane Johnson, who has also faced mental health challenges. And Brooks has often voiced his love for the city of Philadelphia. That suggests that the player may feel settled in the town where he won a Super Bowl. He even agreed to restructure his contract in March 2021, creating $7 million in much-needed cap space for the Eagles.

After earning a fully-guaranteed salary in 2020 without setting foot on the turf, Howie Roseman may hope Brooks will be open to further contract-tinkering that places a stronger emphasis on availability. That would be very generous of Brooks – but is surely a very long shot indeed. However, if there’s one GM in the NFL who can get it done, it’s surely the Eagles’ polarizing wheeler-dealer.

Brandon Brooks is spectacularly gifted. But while his Lazarus-esque recovery record is impressive, it has only been necessary because of his abysmal injury record. With such a huge contract and so little productivity, the Eagles will certainly explore options to say goodbye to Brooks and put faith in their emerging crop of linemen. That’s why the last four games this season would probably act as a shop window for #79. But it could also offer him a chance to give four final masterclasses in midnight green.