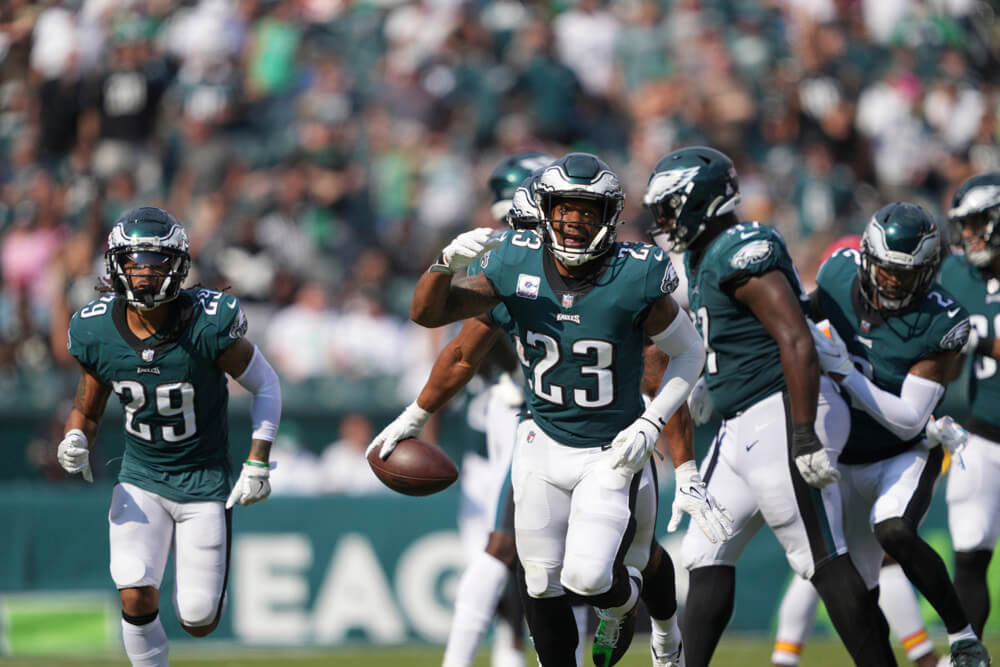 Through the opening quarter of the season, the Philadelphia Eagles have looked woeful defensively. While success rates may have varied on the other side of the ball, stopping opposing offenses has been a daunting task and it doesn’t look like it’s going to get any easier.

If there was ever a team to tell you just how strong or weak a defense is, it’s the Kansas City Chiefs. They did just that on Sunday. Putting up 42 points is one thing, but they way in which they did it is something else entirely.

it was like Andy Reid and Patrick Mahomes were just toying with the Eagles. Six of their seven drives resulted in in touchdowns and they completed 90% of their third down attempts, which is an astronomical number. On the ground, they ripped Philadelphia to shreds with over 200 total yards.

Nick Sirianni was quick to defend the team’s defensive efforts after the game:

That may be the case, but the defense has now allowed 8 touchdown passes in two weeks as well as a total of 77 points and 851 yards. Their 150 rushing yards allowed per game ranks 31st in the NFL, and they’re giving quarterbacks a field day with 70.3% of passes thrown against Philadelphia landing safely in the hands of opposing receivers.

It’s unclear whether or not the results from Gannon’s defensive experiments are on scheme or personnel, but it’s probably safe to assume it’s a strong mix of the two. We’re not seeing much in the way of adjustments from the defensive coordinator, but it’s not like the Eagles have an overly talented group in comparison to the rest of the league. There is a lot of young talent trying to earn stripes and injuries to key members such as Brandon Graham don’t exactly help.

What has ultimately happened is that the array of free agent acquisitions have proven to live up to their cheap and cheerful price tag and the young guns aren’t quite at a level strong enough to take over. Jonathan Gannon needs to do a much better job of actually making schematic adjustments to counter the weaknesses of his players. If he doesn’t, then no matter what happens on the other side of the ball, the Eagles will be fighting against the tide all season long.