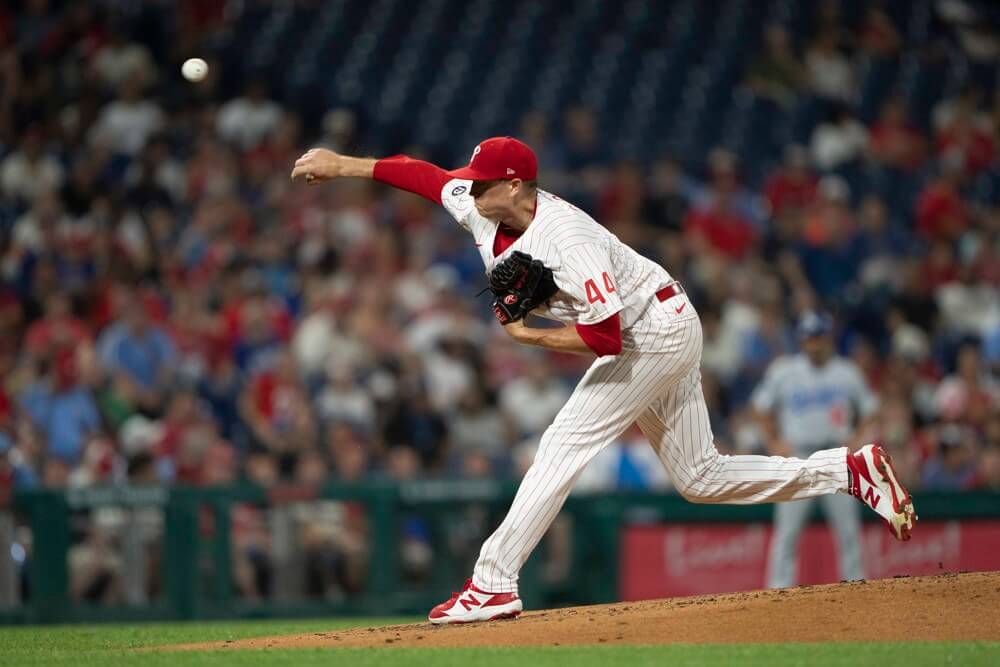 After dropping their home series against the Colorado Rockies, the Philadelphia Phillies return to action on Tuesday against the Chicago Cubs. Following a day off on Monday, the Phillies will look to right the ship before it’s completely sunk in their three-game set against the 65-79 Cubs.

Who’s on the Mound?

Everyone’s favorite (and the Phillies’ only) major deadline acquisition is set to face off against a weak Cubs lineup on Tuesday. Gibby has struggled as of late for the Phillies, allowing 11 earned runs in 10 IP over his previous two starts. Gibson has only pitched against the Cubs once in his career, with only three of their current batters having played against him.

Meanwhile, Jean Segura is the only Phillies batter to have faced Adrian Sampson in the past, going 2-for-3 against him. Sampson will make his second consecutive start for the Cubs following his successful start against the Reds on September 7th. On the 7th, he threw 5.0 innings while allowing two runs on six hits, with both runs coming on solo home runs.

Alec Mills will be on the bump for the Cubs on Wednesday night. In his most recent appearance, he allowed one run on four hits over the course of 6.0 innings against the Reds. Bryce Harper and J.T. Realmuto have had Mills’ number in the past, each having gone 3-for-5 with a home run a pop lifetime against him.

Bullpen roulette will continue for the Phillies as they close out the series on Thursday. Sam Coonrod got the official start against the Rockies on Friday, and could possibly get the nod again on Thursday. Matt Moore could also get the nod despite being relegated to the bullpen. While the Zach Eflin injury certainly hurt the Phillies, it is exposing just how little depth the Phillies have in starting pitching.

The Phillies will meanwhile go up against Kyle Hendricks, who owns a 4.54 ERA on the season. Hendricks has allowed the most hits in all of Major League Baseball this year (184) over the course of 166.2 IP. A 1.344 WHIP, any average offense should manage to get runners on base and, eventually, score runs against Hendricks. This means you can likely pencil in a no-hitter for the Phillies.

What’s At Stake for Each Team?

The Cubs (65-79) are all but officially eliminated from playoff competition. They are now in development mode looking to get players playing time to see what they can do. A prime example of this is rookie Frank Schwindel, who has hit 11 home runs in 38 games for the Cubs (and is helping my championship-bound fantasy baseball team).

Meanwhile, it’s sink or swim time for the Phillies. Despite their legion of issues throughout the season, the Phillies are somehow still in the playoff race. The Phillies will probably win two out of three against the Cubs, enough to loop fans back in for an emotional roller coaster against the Mets next weekend, but the Phillies need a miracle to get things back on track.

Here’s the truth about this Phillies team: J.T. Realmuto is hurting. Rhys Hoskins and Zach Eflin are on the IL. There are multiple players (Freddy Galvis included) who would not be in the starting lineup of a good team. The Phillies are relying on bench pieces and minor leaguers to compete at the Major League level. Bryce Harper is trying to keep the team afloat all by himself, but he just cannot do it on his own.

The Phillies aren’t out of it yet, but they need to right the ship before it capsizes.