All you need to know about new Eagles TE Cary Angeline 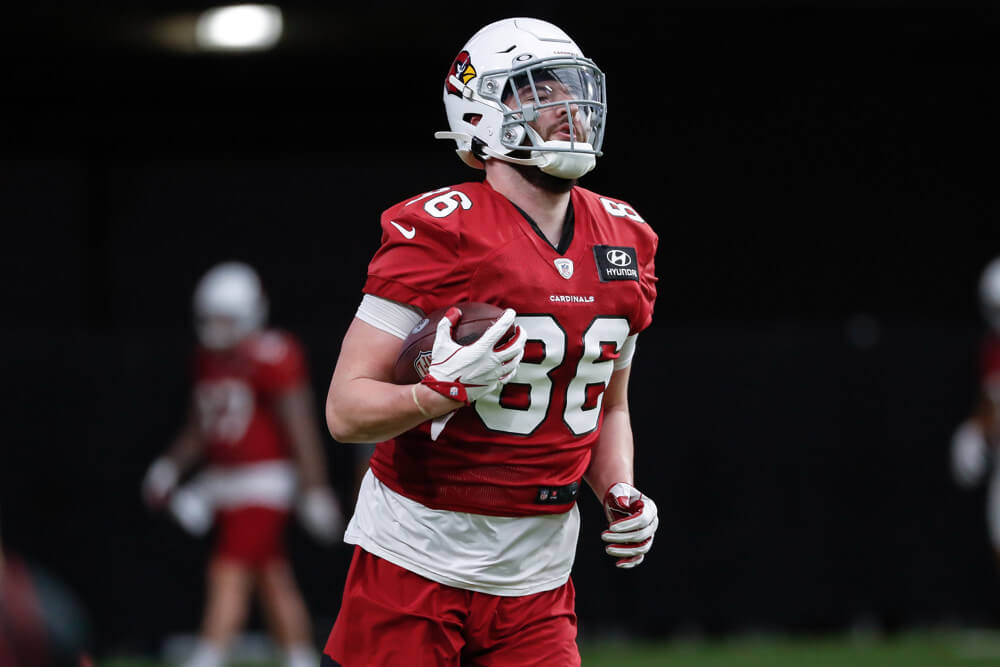 The Eagles have watched their TE depth take some major blows this past week. They waived an injured Caleb Wilson earlier in the week before an injury to surging pass-catcher Tyree Jackson depleted the position further. On Thursday night, Jason Croom picked up a season-ending injury, leaving only three viable names on the roster, and some unproven talent behind. The team added UDFA Cary Angeline today, giving competition to Jack Stoll. Here’s everything you need to know.

At 6’6, 250 lbs, Angeline played in 11 games for North Carolina State last year, putting up 412 yards and 6 touchdowns on 27 catches, averaging an impressive 15.3 yards after the catch.

This came on the back of a successful 2019 campaign where he notched 379 yards and 5 touchdowns, averaging 15.2 yards per catch, showing real signs of consistency on that front.

Having attended Downingtown East High School in Chester Springs, he’s local to the area and brings some intriguing size and upside to the table, along with all-ACC honors.

Angeline originally caught on with the Arizona Cardinals after going undrafted, joining a young TE room in hopes of becoming a dynamic tight end for the Kliff Kingsbury’s air-raid offense. Unfortunately, that wasn’t to be, and he was waived a couple of weeks ago as the team decided that veteran Demetrius Harris Would be a more appealing option.

It will be interesting to see how he fares against the Jets in the team’s final preseason game this Thursday. Angeline will be looking to secure an NFL future on the Philadelphia practice squad, and will have an opportunity to show the coaching staff what he can do.