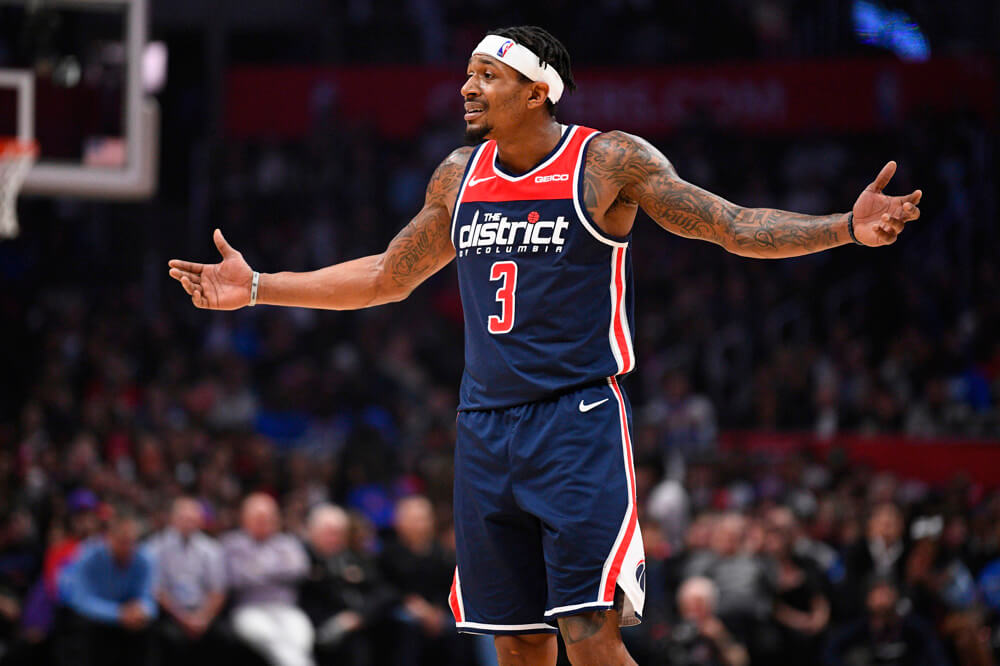 With Ben Simmons’ time with the Sixers seemingly coming to an end, could the Washington Wizards finally step up and strike a deal?

The Ben Simmons saga appears to be coming in for a landing. This summer has been filled with rumors regarding the relationship between Simmons and the Sixers, as well as the different offers that have come in. The latest rejected offer involved the Spurs, in which Daryl Morey requested four first-round picks, three pick swaps, and a young player in exchange for the 24-year-old. There is some serious speculation that a deal may go down ahead of or during the draft, so here is a look into what a potential deal with the Washington Wizards may look like.

It seems pretty clear the relationship between the Sixers and Ben Simmons is completely fractured at this point, but it is unclear how things are in Washington regarding their superstar. Reports surfaced this week that Bradley Beal was debating on requesting a trade, but with the draft occurring tonight, it appears he may have decided against it. Regardless, it seems as if the future with the franchise is seriously in doubt, and the Wizards may be wise to try to find the best value for the 28-year-old rather than let the drama continue to grow.

One of the potential holdups on this deal is that Ben Simmons and Russell Westbrook playing on the same court together would be a disaster. While one is a poor but willing shooter and the other adamantly refuses, both players share similar weaknesses. There are rumors that a deal that will send Westbrook to the Lakers is currently being negotiated, which would drastically help the Sixers’ chances at landing Beal. If this does not end up occurring, the Sixers must be willing to take on Westbrook in order to secure Beal.

While there isn’t much interest in adding Russell Westbrook to the Sixers roster, and rightfully so, if the team is able to end up with Bradley Beal, it’s worth it. A secondary trade that ships the former MVP out for some rotational players (or just about anything) could certainly be in the cards in order to fully round out the Sixers roster.

Even if the Sixers are unable to find another deal, this trade is still worth it. The trio of Joel Embiid, Ben Simmons, and Tobias Harris has now repetitively failed to take strides into becoming real contenders, and the time to switch it up is now. It is unclear if the trio of Bradley Beal, Russell Westbrook, and Joel Embiid would be better, but it certainly has the feeling that it might be.

Tobias Harris likely had the best year of his career last season but still may not be able to fill any larger shoes than he currently wears. As likable as he is as a person and leader on the team, the lack of three-point shooting and isolation style of play still isn’t convincing that he can be a part of a championship team. Shake Milton is a fine player on an extremely attractive contract, but if the Sixers are able to keep Tyrese Maxey, they should have no problem shipping out the SMU product. With the championship window currently open, draft picks are not nearly as important as they once were, so the Sixers should be willing to offer up as many as necessary to land their missing superstar.

The Wizards remain one of the teams that are favorites to land Ben Simmons, and this potential is a storyline to watch even if a trade does not go down today. Even with the rumors surrounding Dame Lillard, Bradley Beal has been the logical fit from a basketball and situational standpoint for a while now. The time to act is now, and the days that Ben Simmons remains a Sixer are certainly numbered. In Daryl Morey we trust.