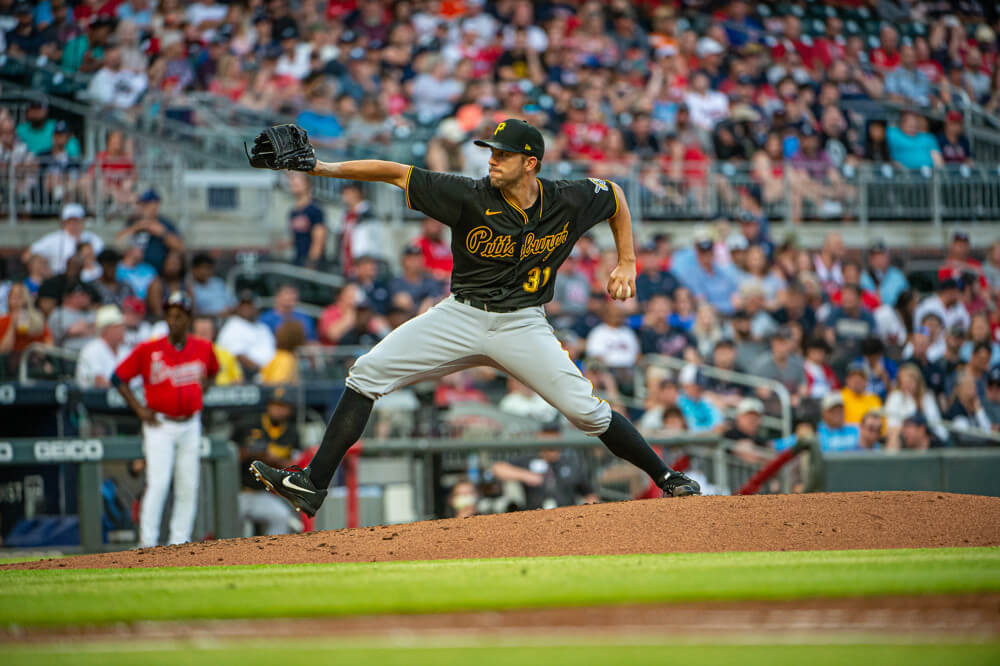 Anderson owns a 4.35 ERA on the season, pitching 103.1 innings for the Pirates while striking out 86 batters. While Anderson will not impress many on his own, the starting pitcher will come as a huge relief for a back-end of the Phillies’ rotation that has proven ineffective at best.

With an opposing HardHit% of only 26.8% and a Barrel% of 2.9%, Anderson has proven to prevent hard contact at the plate. He primarily utilizes a four-seam fastball while working in a cutter and changeup as well. Overall, his four-seamer is generally located on the upper half of the plate while he uses the cutter low and insde on right-handers and the changeup low and away. He will also occassionally throw in a sinker and a rare curveball.

Consistency in the Rotation

Anderson was scheduled to start tonight’s game for the Pirates against the Milwaukee Brewers. Instead, he will now pitch for the Phillies tomorrow, taking the place of Vince Velasquez against the Washington Nationals.

The most important thing that Anderson brings to the table for the Phillies is consistency. The left-hander has pitched at least five innings in all 18 games pitched this season. During that stretch, he has only allowed four runs or more twice in back-to-back games in mid-May.

Though this trade in and of itself does not make the Phillies a playoff team, it certainly improves their chances to win every fifth day. The Phillies have still been rumored to be connected with former teammate Richard Rodriguez as well as closer Craig Kimbrel, Kris Bryant, and Byron Buxton. With three days to go until the trade deadline, one thing is for certain: the Phillies are just getting started.