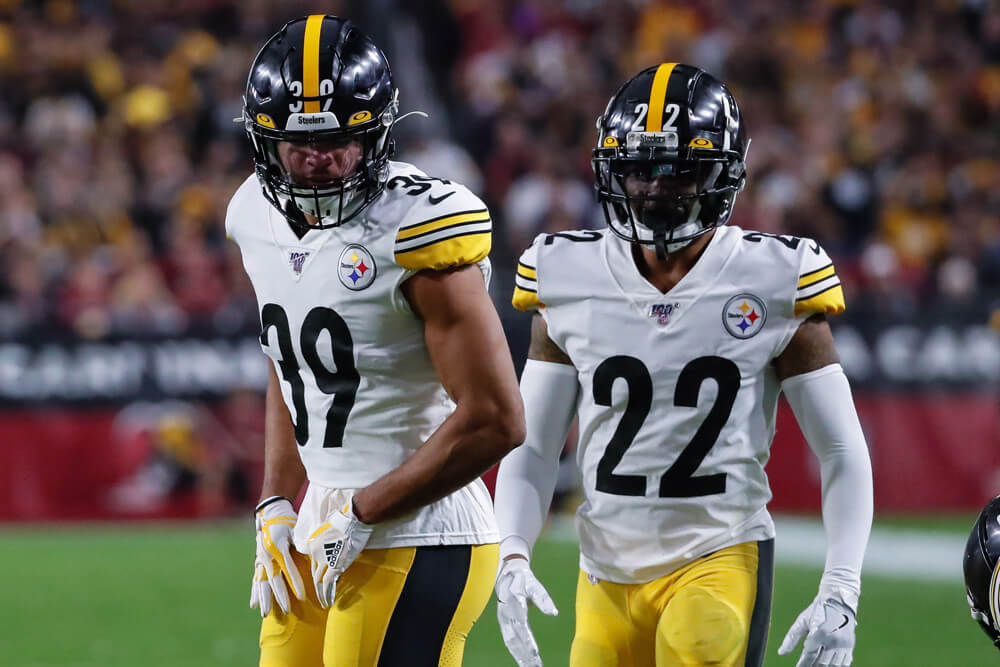 It had been a little too quiet on the CB2 front this offseason, but that all changed on Sunday. With just a couple of days until Training Camp opens up in Philadelphia, the Eagles agreed to a one-year deal with CB Steven Nelson.

Many presumed that Nelson would be way out of Howie’s price range and was one of the premier cornerbacks available on the free agent market. After a long offseason of trying to secure a big-time contract, Steven Nelson is a Philadelphia Eagle, giving the team a terrifying tandem of Darius Slay and the former Pittsburgh Steeler.

Nelson’s two-year stint with the Eagles’in-state rivals was strong. Allowing less than 50% of balls his way to be completed in 2020, he amassed 2 interceptions along with 10 pass breakups and 48 tackles. At 28-years-old, he’s in his prime and one of the better man-cover corners in the league. The problem is that the Eagles have now changed to a zonal defense and it may not be the best fit for his skill set. Having said that, it’s not like Nelson can’t play zone and has proven to be a ball-hawking menace throughout his career. It’s a definite upgrade over the previous battle involving Michael Jacquet and Craig James.

We don’t yet know how much this deal is going to be worth, but we can assume that the fact it’s a one-year deal lends itself to a lot of guaranteed money in a prove-it deal for Nelson, who will be more than happy collecting a big-time pay check en-route to securing a long-term future somewhere.

In terms of the secondary itself, we can assume that Avonte Maddox will be moving back inside, competing with rookie Zech McPhearson for the starting nickel role, while Slay and Nelson will man the outside. That thought in itself is absolutely salivating. After years of secondary woes, Philadelphia might at least have one year of comfort in the defensive backfield.

The next logical question will be whether or not Nelson is going to be the long-term heir to Darius Slay’s throne. The Eagles are replicating what they did last year at defensive tackle, paying two players a pretty substantial amount of money. It will be very interesting to see how the Eagles handle things going into the upcoming offseason.

But all of that will be answered in the months that follow. For now, Eagles fans can breathe a sigh of relief. Their CB2 would arguably be a CB1 on several rosters across the NFL and the signing will go down a storm. Good things come to those who wait.