What Eagles fans should expect from cornerbacks under Jonathan Gannon 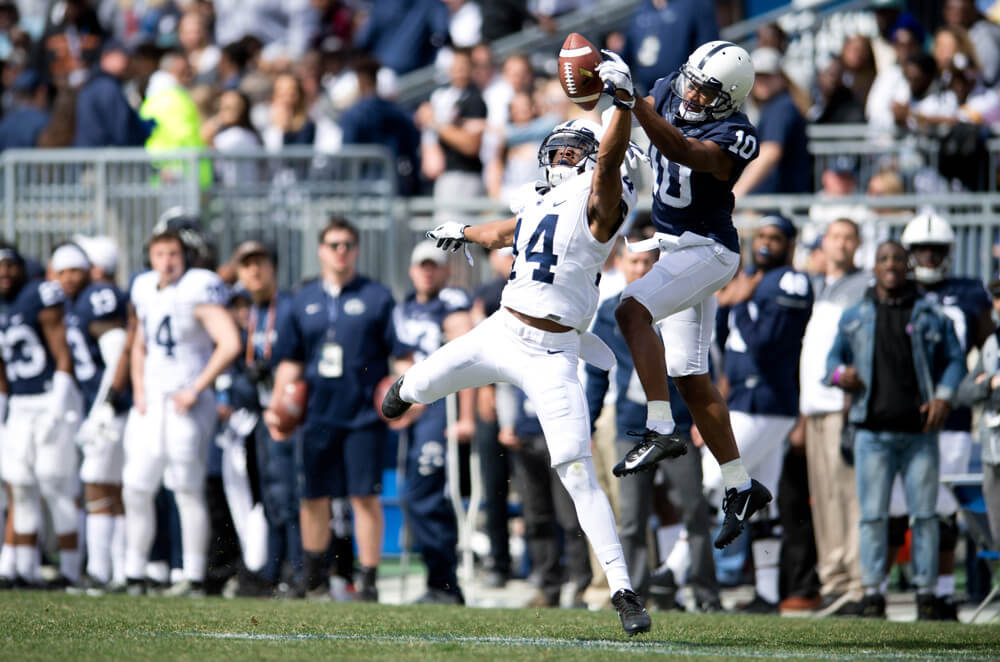 Prior to joining the Philadelphia Eagles, Jonathan Gannon spent three years as the DB coach in Indianapolis. What does that mean for the imminent future of a secondary that hasn’t really been addressed? I dove into a recent history of Colts cornerbacks to try and work out what we can expect from Philly’s new defensive coordinator.

2018 was very much a catalyst year for Moore, who ended up transitioning into the slot midway through the season and being used more as a blitzer. In fact, he ended up setting a new Colts record for single postseason sacks with 3.

Moore was only 23 years old going into this season and showed real maturity. While his missed tackle percentage was slightly alarming, he was rarely beaten badly in his matchups and showed a real nose for the ball.

A career-year at the time, Desir exploded onto the scene with a 77.7 PFF grade. He was often the CB1 in man-coverage scenarios and held his own against some of the league’s toughest wideouts such as Amari Cooper, whom he limited to just 32 yards.

Desir proved to be among the most fluid DB’s in the league that year, flaunting a smooth backpedal and a scary burst when breaking on the ball in off-man situations.

Wilson was highly-rated by many coming out of Florida and was tossed into the deep end pretty early. It was a tale of two halves for the second-year player, garnering a 79.7 PFF grade and exploding over the team’s final ten games.

The fact Wilson went from early-season woes to being almost unbeatable when targeted 10+ yards is really impressive, but he struggled in off-man situations and his tackling angles were often poor. He was much better in man situations and was a little too patient when playing off the ball, meaning it was all too easy for receivers to win curls and comebacks.

Year two under Jonathan Gannon was a big one for Kenny Moore. Fresh off the back of an extension, we saw him pick up where he left off in the postseason, being used in blitzes far more regularly. His missed-tackle percentage slashed and his play in coverage remained consistent.

Moore cemented himself as one of the top nickels in the league with another year of solid play that saw his passer-rating when targeted dipped. In fact, his 5.2 targets allowed per game were the 12th fewest in the NFL

As physical as they come, Kenny Moore started to grow into the heartbeat of the Colts secondary.

Desir had a bit of a down year after his 2018 breakout but was reportedly playing on an injured leg for the majority of it after injuring his hamstring and suffering a bone bruise.

His coverage prowess took a notable step back, with the veteran allowing 5 touchdowns and his missed-tackle percentage spiking to 13.5%.

With that in mind, he still found a way to break up 11 passes and set career-highs in both that and the INT metric. He was ultimately released during the offseason.

Thrust into a starting role almost instantly, Ya-Sin had a topsy-turbo campaign that flashed real physicality and sometimes an over-aggression in man-coverage. Courtland Sutton gave him the business to bring him back down to earth, racking up 75 yards and what felt like 381 penalties with relative ease in the game against Denver.

For the most part though, Ya-Sin played with real confidence and wasn’t afraid to get physical at the line of scrimmage, giving the Colts confidence that they have a future starter on their hands. He fit perfectly into their zonal defense and would rarely be caught stuck in the mud. Like most corners, his errors came through going all-in on a decision that backfired, or playing the receiver and forgetting to turn for the ball.

After a fairly tame 2018, Wilson was given the Rasul Douglas treatment and buried behind a shiny new rookie CB in Rock Ya-Sin. He featured sparingly, partly due to injury, and struggled, slipping down the depth chart and surprisingly barely featuring on special teams while other corners were more than willing to take those snaps.

In coverage, he just looked like he had clearly been shaken in terms of confidence. He became overly grabby at the line and then almost feared contact in zone, willing to trace back further and further to avoid getting those pesky PI calls, making it all too easy for short routes to beat him.