Eagles draft watch: Ranking the top offensive playmakers in the first round 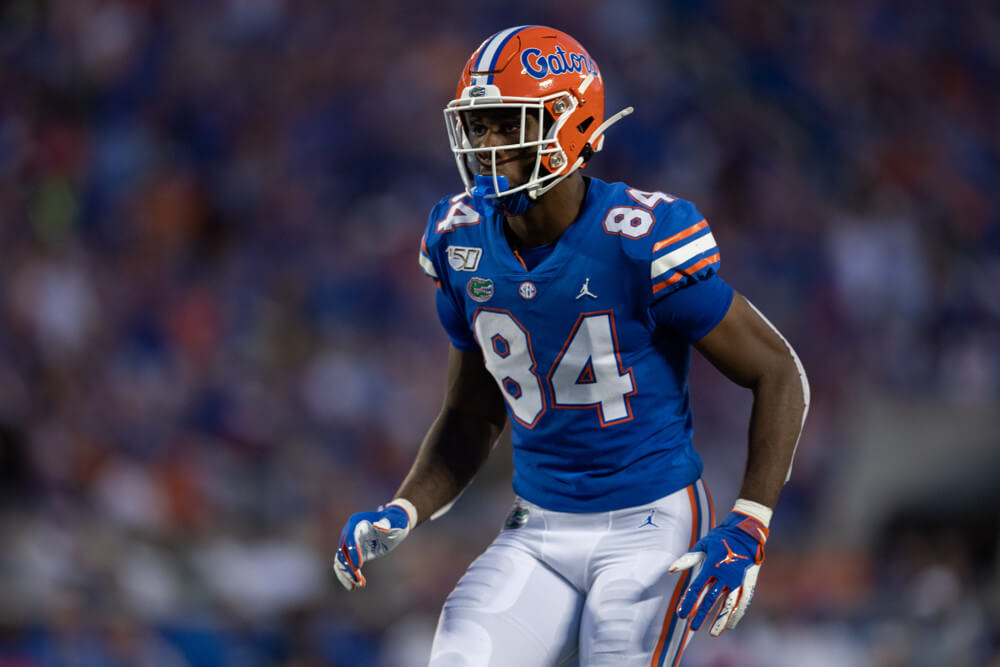 With new reports stating that Eagles owner Jeffrey Lurie signed off on the Jalen Hurts pick and has informed Howie Roseman to build around the 2nd year QB, this year’s draft suddenly looks even more interesting. If the goal is to build around Hurts then the pick at 6th overall should be one of the easiest decisions ever made by Howie Roseman. The cream of the crop in playmakers for Hurts is there, but how should the Eagles view the top-tier talent? Let’s take a look at four prospects that the Eagles should consider at 6th overall.

Chase is the apple to every Eagles fan’s eye. There’s no denying that the Eagles need a star wide receiver to start the rebuild with. Roseman has been terrible when it comes to finding playmakers in the draft but he’s lucked out in free agency. Alshon Jeffery was the right guy at the right time but all good things come to an end.

After a historical season back in 2019, Chase set the SEC single-season record for more receiving yards and touchdowns in a season with 1,780 receiving yards and 20 touchdowns. During that span, he averaged 21.2 yards per catch. While Chase had opted to sit out the 2020 season due to COVID-19, that shouldn’t derail his status as the top wideout in the draft. He also should top the list of players that the Eagles need and want. Getting him will help the growth of Jalen Hurts, something that the Eagles brass failed to do for Carson Wentz.

Kyle Pitts isn’t your traditional Tight End. He moves and plays like a big-time wide receiver. At 6’ 6” 240 lbs, Kyle Pitts had a semi-breakout year last season. As a Junior, Pitts tallied 770 receiving yards on 43 receptions with 12 touchdowns. He averaged 17.9 yards per catch last season which is 5.9 yards better than he did in his sophomore season.

While the Eagles are expected to move on from Zach Ertz in favor of letting Dallas Goedert flourish; drafting Kyle Pitts would not interrupt those plans at all. He has a big catch radius which could help the Eagles move the chains.

Jalen Hurts could benefit from having such a big target as an outside receiver or even in the middle of the field. Pitts has incredible strength while running his routes which leads to a good amount of separation at times, his routes still need to be a bit more polished but that’ll come in time.

Possibly one of the most underrated receivers in the draft, Jaylen Waddle has more than earned his fair share of respect. Due to an injury in the early part of the season, Waddle was sidelined after putting up some incredible numbers. While the NFL world has become enamored with DeVonta Smith, Waddle has fallen behind the shadow of his counterpart. Jaylen put up 557 receiving yards on 25 receptions in the first 4 games of his junior year. He also added 4 touchdowns while averaging 22.2 yards per catch which is greater than Chase did in 2019 and Pitts did in 2020.

Waddle has great game speed that the Eagles so desperately need. Another thing to not sweep under the rug is his relationship with Eagles QB Jalen Hurts. Hurts played with Waddle during his time in Alabama and maybe it helps that Waddle caught his last touchdown pass for the Crimson Tide.

I’ve had my eye on Smith since his junior year, sure that may be a little late but there’s only a handful of players that people grow attached to. My last player was Miles Sanders in his senior year at Penn State.

In his last two seasons at Alabama, Smith tallied 3,112 receiving yards and 41 touchdowns while averaging 18.5 yards per catch in junior year and 15.9 in his senior year. Smith has an incredibly quick release off of the line of scrimmage that helps his ability to blow by defenders. Even with his slim frame, Smith has shown that he had a wide catch radius and the ability to make big-time catches. Another player that once played with Jalen Hurts, the Eagles could benefit from adding the Heisman Trophy winner to a group that has plenty of potential but no identity.