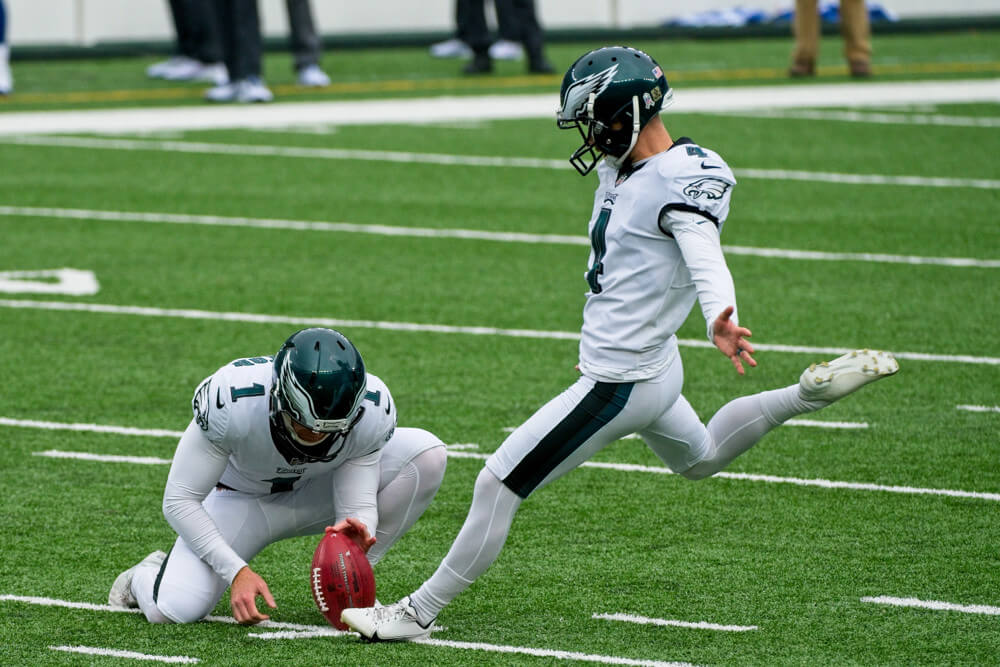 According to NFL Network’s Ian Rapoport, the Philadelphia Eagles have opted to let punter Cameron Johnston walk into free agency. On the surface, this doesn’t sound like a decision of suffocating implications, but it absolutely could be.

Cameron Johnston ranked inside the top 15 of just about every metric possible in 2019, with his average of 46.4 yards per punt ranking him 9th in the NFL. In 2020, he ranked 15th in this metric but ranked 4th in net punting yards and 6th in the league for punts landed inside the opposing 20-yard line.

Johnston’s net punting averages of both 42.7 (2018) and 42.3 (2019) ranked inside the top 30 net single-season averages of all time prior to the start of the season. He established franchise records in both net and gross punting average, ranking third and fourth in the entire NFL.

While the Eagles offense painfully regressed over the last season or two, Johnston’s efficiency as a punter often gave his defenses a fighting chance after rapid three and out’s left him punting from well within his own territory.

It’s not like the Eagles just lost a quarterback (kinda?) and the salary cap troubles obviously played a part in this decision. But Johnston’s tender would’ve cost $2.4M, which would’ve ranked very fairly just inside the top-10.

The team does have a potential replacement on the roster in the way of Arryn Sipposs, who is a rookie out of Auburn who caught on with the Lions as a UDFA. He lost a training camp battle with Jack Fox (as most would) and eventually landed in Philadelphia. Sipposs will obviously cost the Eagles a lot less ($805K) and there may not be that much of a dip in production anyway. But to let Johnston walk, knowing that this offense will likely take at least a few regular-season games to start clicking, is quite the risk. The last thing the team needed was to unsettle the last remaining position of strength on the roster…but that’s exactly what they’ve done.