Phillies Should Trade For One of These Five Starting Pitchers 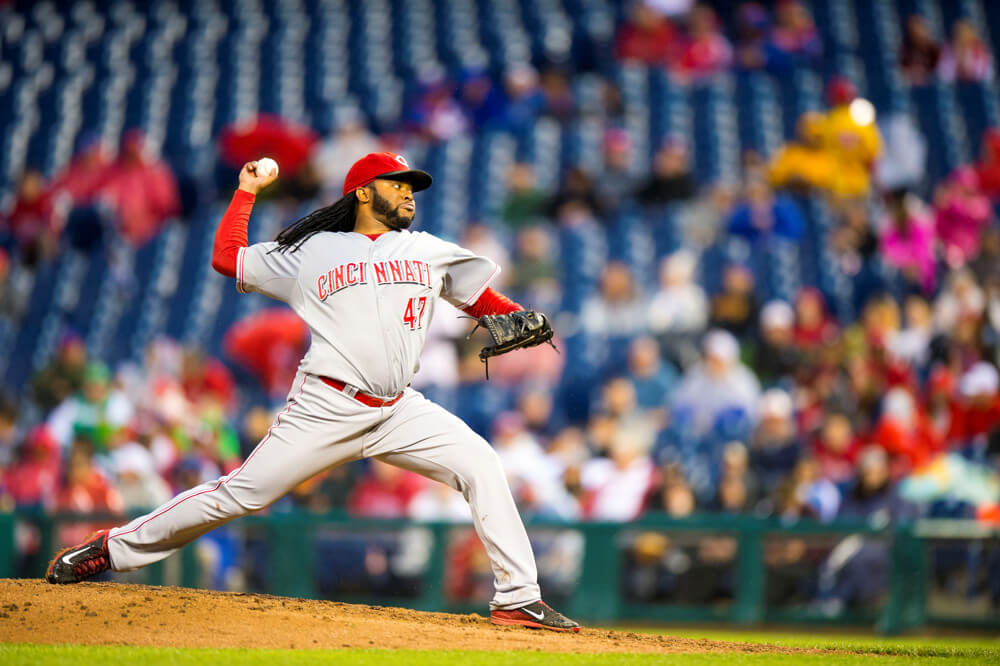 As the trade market for starting pitchers heats up, the Phillies should look to add one of these five pitchers to their rotation.

Following the subsequent trades of Blake Snell and Yu Darvish to the Padres this week, the starting pitchers market has seemingly caught fire. Even the Phillies have entered the trade market as they completed a three-team trade for Jose Alvarado on Tuesday.

Phillies fans have voiced dismay in the lack of involvement from the Phillies for Snell and Darvish. However, the fact of the matter is the Phillies just didn’t have the prospects to trade for them. The Padres, meanwhile, are essentially going all-in following the success of homegrown prospects like Fernando Tatis Jr. and Dinelson Lamet.

But the Phillies, under Dave Dombrowski and Sam Fuld, are taking a more conservative approach this offseason. Whether this is to save money to re-sign free agent J.T. Realmuto or to satisfy John Middleton’s pocket-book is to be determined. There are several pitchers and trade partners, however, that do make sense for the Phillies.

What Kind of Pitcher Should the Phillies Get?

Overall, given the success of Zach Eflin and the rise of Spencer Howard to the majors, the Phillies primarily need a 3rd or 4th starter. Eflin currently stands as third starter and is poised for a good year. Howard, meanwhile, is set for his first full season in the big leagues as the Phillies’ fifth starter. Ideally, the Phillies would look for another ace to join Aaron Nola and Zack Wheeler at the front of the rotation. The Phillies should look to acquire a serviceable arm to take pressure off of the bullpen in 2021.

Who Should the Phillies Trade For?

Given the rise of the Padres and the presence of the World Series-champion Dodgers, the Giants are not in a position to win the NL West. Under that realization (and the losses accrued in 2020), the Giants may look to cut costs. 34-year old Johnny Cueto would be the perfect asset to cut loose. Past the prime of his career, Cueto pitched 5.1 innings per start in 2020. His season ERA of 5.40 leaves a lot to be desired, but Cueto would be a serviceable inning eater in the four slot.

Cueto is owed $21 million for the 2021 season, with a club option for 2022. While that is a lot, that means the Phillies would not need to give up much to get him. The likely best case scenario here is for the Giants to pay for roughly half of Cueto’s salary in exchange for the Phillies to send a mid-level prospect or two their way. Under this trade, the Phillies would almost certainly let Cueto walk in 2022, opting (hopefully) to go after a free agent that offseason.

Among the more expensive names on this list is 31-year old Kyle Hendricks. Hendricks ended the 2020 season ranking 9th in the NL Cy Young Award vote. While Hendricks may own a realtively low 7.1 SO/9 ratio, also touted an MLB-low 0.9 BB/9 . On the Phillies, Hendricks would slip right in behind Wheeler as the Phillies’ third starter, putting pressure off of Eflin in the fourth position.

The issue, of course, is the price it would take to get Hendricks. Given that the Cubs just traded away Darvish, they are obviously looking to cut salary. Hendricks is just entering a four-year, deal in which he’ll earn $14 million the next three years. While the Phillies can pay the cost for Hendricks, the Cubs will almost certainly want prospects in return. Spencer Howard, Bryson Stott, Mick Abel, and Francisco Morales are all players whom the Cubs could target for Hendricks – but the Phillies are not likely to trade any of them any time soon.

The Boston Red Sox had the fourth-largest team salary in 2020 and yet were last in the AL East. In the midst of mediocrity, Eovaldi put on a good show in 2020 with a 3.72 ERA. His 9.7 SO/9 was the best of his career (and building off the progress made in 2019) indicating that he is continuing to adjust his game.

Eovaldi is owed $34 million over the course of the next two seasons. Assuming the Phillies take on the brunt of that salary, the trade would likely cost the Phillies a few prospects (though not as many as the Snell or Darvish trades). Dave Dombrowski is quite familiar with Eovaldi, and it wouldn’t be surprising if he checked in with Boston regarding him.

While the Reds made the playoffs in 2020, they were only one win over .500 on the season – and that was with Trevor Bauer on the team. Unfortunately, as Bauer almost certainly leaves, so too will the Reds’ playoff hopes. This means they should look to move Sonny Gray while they have the chance. Gray finished the 2020 season with a 3.70 ERA and an 11.6 SO/9.

In many ways, Gray is a similar pitcher to Eovaldi. Both performed well last year and both are under contract for two more seasons. Unfortunately, while Gray is the more desirable of the two, he is also the more expensive. Gray is owed $20 million total over the next two seasons. The Reds would almost certainly look to get a strong return out of Gray, so while acquiring him would be unlikely, it is certainly worth a call.

A career 4.33 ERA, Musgrove worked a sub-4.00 ERA for the first time in his career in 2020. A significant spike in strikeouts is likely a factor as he went from a 8.3 SO/9 to 12.5 in one year. Whether the 28-year old can sustain the new strikeout rate is up for debate. At his best, Musgrove could compete with Eflin for the third starter slot in Philly. At his worst, Musgrove would eat up innings as fourth starter.

Musgrove will earn $3.75 million in 2021 and then has one final year of arbitration before entering free agency in 2023. Following the Josh Bell trade, the Pirates are looking like they are to sell. Musgrove would be one of their best commodities. Unfortunately, that means that his price will go up as teams bargain for him. While Musgrove should be cheaper than Gray or Eovaldi, he will likely become just as expensive as them in auction.