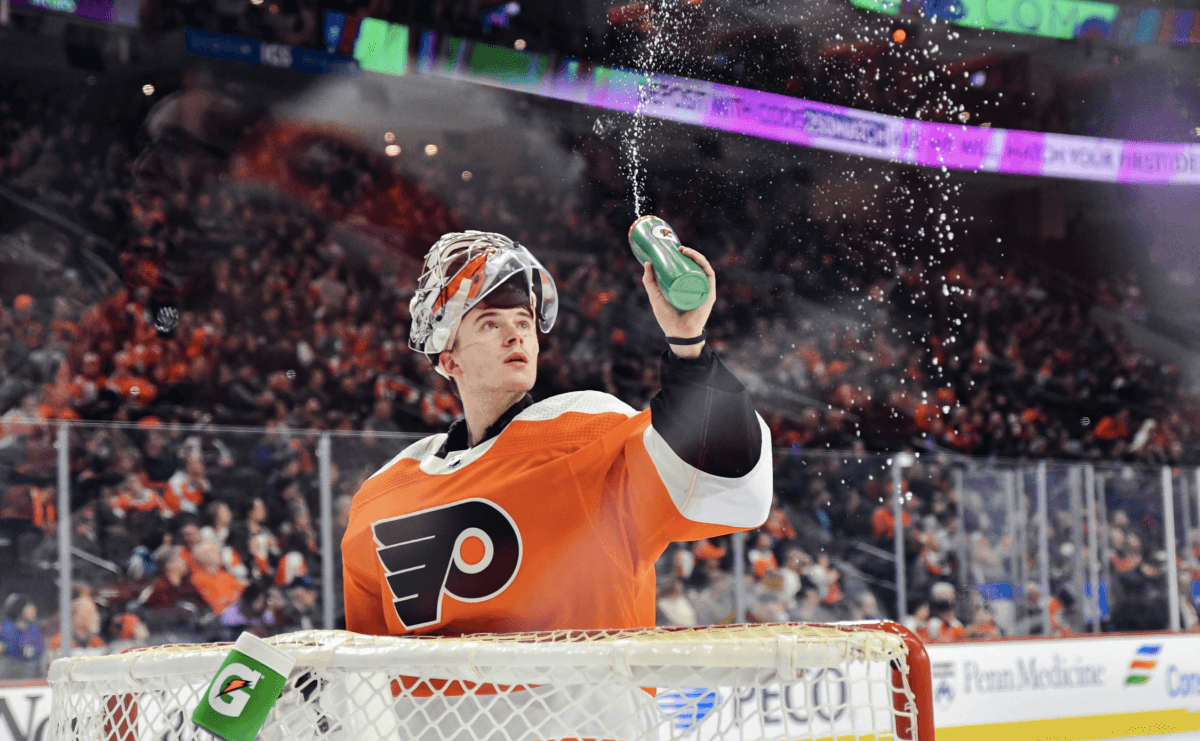 The Flyers saw their Stanley Cup dreams come to a heartbreaking end last week. This time one year ago, Chuck Fletcher was in a very different position, preparing to totally strip down his team and create a new beast. How does he feel after year one in a new era? He met with reporters virtually today to discuss exactly that.

The Flyers’ postseason may have been mired with some clear setbacks, but luckily, injuries weren’t one of them. There was a lot of concern given the short conditioning window teams had prior to the playoffs, but the Flyers got through relatively unscathed. Chuck Fletcher did provide updates on injuries sustained throughout the postseason and there was a lot of positive news, stating that there are no surgeries scheduled before mentioning updates on individual players.

Raffl picked up a high ankle sprain a game against Boston back in the round-robin and was able to play through it (somehow). He then tweaked it, and stunningly returned to play again. Fletcher was quick to praise the toughness of Raffl in a tight spot.

It’s a real tough injury and I give him a lot of credit for battling through.

Aube-Kubel took a puck to the knee against the Canadiens and the slow-mo would be enough to make anyone wince. He skated off the ice of his own accord but then missed a couple of games. Fletcher mentioned that ‘NAK’ was close to full strength by the end of the seven-game series, which again is a big positive despite some major swelling.

The one player everyone wants to know about is Nolan Patrick. The former second overall pick has been dealing with migraines for quite some time now, but this is a very important offseason considering his contract is set to expire soon. The Flyers GM gave a very grounded and informative update on the young center’s situation.

Nolan’s feeling better. He’s skating. He’s working out. He’s golfing. He’s living mostly a normal life. I think he’s made a lot of progress since March. Until we get him back and get him into a contact situation, it’s probably going to be hard to know exactly when he’ll be ready to go. He continues to improve. Yes, I’m counting on him playing at some point in 20-21. We don’t even know when we’re going to start the 20-21 season. Time is certainly on his side in that regard. He continues to make progress and I continue to be optimistic.

Hopefully he’ll be able to come back and play hockey for us. He’s a real important part. I think as we saw in the playoffs, the ability to have three quality centermen that can play 200-feet and produce offensively is incredibly important. He’s a big part of that future for us.

Obviously, a difficult series against Montreal and having to fight back from a 3-1 deficit only to lose game 7 in shocking fashion is less than optimal. When asked about the playoffs and what he attributed to the slumps in form, Chuck Fletcher kept it simple.

“I think everybody had to get back into game shape and get their chemistry going again. Get their timing back. They’re really two distinct seasons.”

It’s a fair assessment. The Flyers were the hottest team in the NHL before the break and sucking the wind out of their sails was obviously going to sting that momentum. Partner that with such a different environment and while may it may not be the primary reason, you can see the weight it carried.

“We fast forward 17 months and I think we’ve come a long way. I think the coaching staff deserves a lot of credit. I think we were on pace to reduce our goals against by 60 in one season, which is incredible.

Offensively, we were better. Our special teams were on a net basis fifth-best in the league. We showed a lot of progress. We had a lot of young players get better.

Our goaltending situation stabilized. Our defensive structure was better. We played the right way. We’ve made a lot of strides, yet having said that, when you get in the playoffs and lose in the second round, it shows you have more work to do. The goal for us is to continue to improve and hopefully make as many strides in the next twelve months as we did in the past year and see where that takes us.”

“We went from being an 82 point mediocre team that really struggled to play the game the right way to a team that was on pace to give up 60 fewer goals, to have a 100-plus points, had home-ice advantage and started to play the game the right way. I think we made dramatic improvements across the board. Having said that, I think everybody recognized in the playoffs showed that we have more work to do.

When asked bout the next chapter for his team, Fletcher’s response was simple – Finish what they started.

“We have a lot of young players that are either on the team or trying to push their way onto the team. I don’t think it makes sense to do a 180 and change philosophy at this point in time. If look at it practically, we have a flat salary cap here for the next two or three years more than likely”.

Expect a relatively tame offseason in terms of free-agent acquisitions and trades and instead one honed on continuing to build on foundations laid out last offseason.

Chuck Fletcher opened up on the pending free agent landscape, but there was no juicy Freudian slips to be found. The team will take the next few weeks to dive into each individual contract and look at what’s best for the team. Fletcher stated that every pending free agent who was active in the bubble played to their role well. He did speak highly of Brian Elliott though:

He played well for us in the bubble, and certainly he’s a guy that has the respect of his teammates and the organization. We’ll have a chance to sit down and talk to his agent. We’ve had a couple general conversations about it, and we’ll continue to communicate and see what the future brings.

Considering the neverending goaltender carousel of recent years, something tells me that keeping the stability Chuck Fletcher noted earlier on is going to be a priority.