What really happened between Alshon Jeffery and the Eagles? 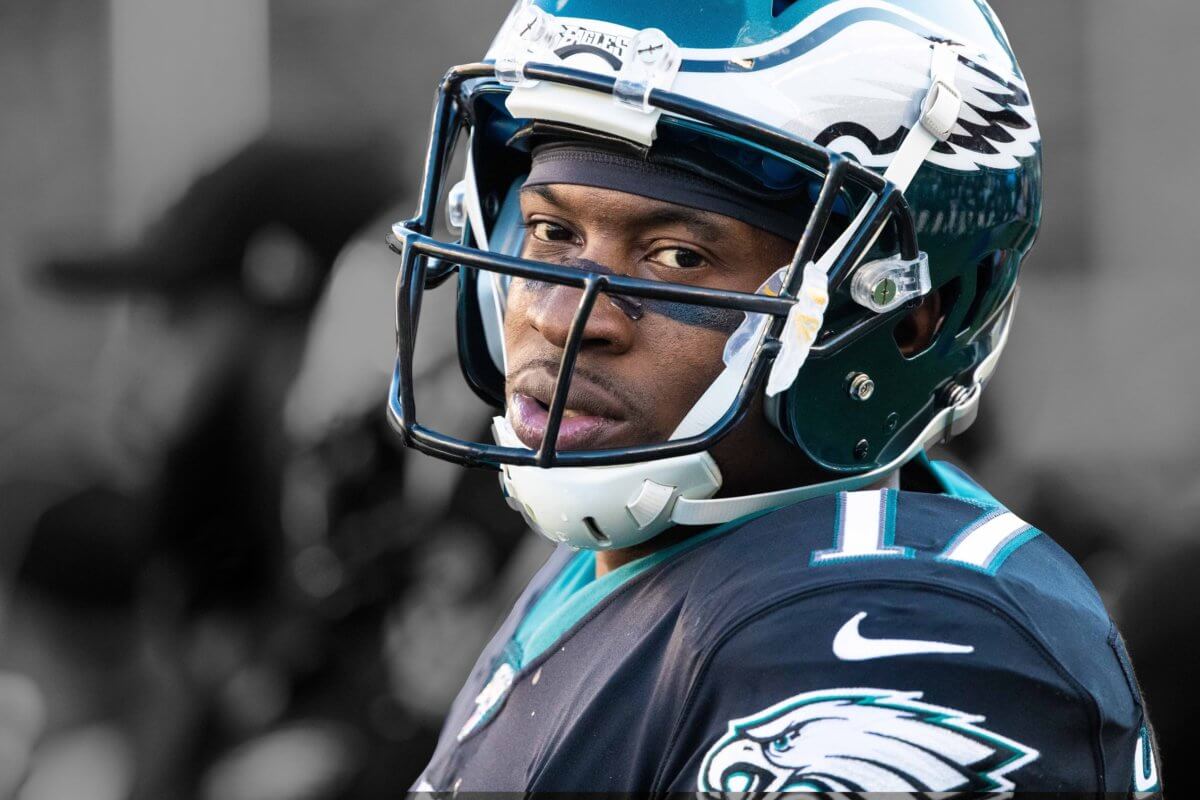 We’re still close to a month away from free agency but the fate of Alshon Jeffery already seems to be sealed. Numerous reports citing the Eagles’ intent to move on from the wide receiver have surfaced since the beginning of the offseason and they’re only multiplying as the weeks go by. Alshon Jeffery has paved his own way out of the NovaCare Complex through actions on and off the field. But where did this all go wrong?

When Alshon Jeffery first signed with the Eagles, it was in the hopes that it would bring a new chapter. Sure, the 27-year old had plenty of individual success since entering the NFL, amassing 4,500 receiving yards and 26 scores, but there was significant dysfunction around the team.

Jeffery had played under three head coaches and what felt like a constant question mark at quarterback. Playing with Doug Pederson and Carson Wentz and being the devout #1 guy for the foreseeable future? That was a target to work towards.

Things started off perfectly. 789 yards, 9 touchdowns, a Super Bowl ring, and a shiny new contract extension. His presence opened up the offense for everyone. Nelson Agholor and Zach Ertz amassed a total of 16 touchdowns this season as well as 1,592 yards. Everything was Sunny in Philadelphia…or so it seemed.

It turned out that Jeffery had actually played through the entire season with a torn rotator cuff. Ouch. He underwent offseason surgery and would miss the start of the 2018 season as a result, but this may be where things started to decline.

It’s a bit strange looking back that nobody questioned how a #1 receiver was able to hide playing with a torn rotator cuff for a full 16-game regular season and a postseason campaign. Knowing what we do about the medical staff struggles (lest we forget Jordan Matthews being misdiagnosed before the Buffalo trade), it’s at least plausible that there’s more to that than meets the eye. It’s not definite, but we can at least speculate playing through that level of injury can’t exactly be pain-free and is bound to draw conversation at some stage…right?

After a slightly prolonged absence due to rehabbing the injury, Jeffery returned to the offense in week 3, along with Carson Wentz. He went on to amass 843 yards and catch another 6 touchdown passes, despite playing in 3 less games. On the surface, it was a really strong year. Beneath it….um…

It’s safe to say that Carson Wentz found a new favorite target. Zach Ertz was targeted a whopping 157 times in 2018, while Alshon was targeted just 92…5 behind Nelson Agholor. Not ideal for a number one receiver and even less ideal for someone who was targeted 10 more times than Ertz in 2017, leading the team in that category.

What’s interesting then is that when we get to the postseason, Alshon was actually targeted twice more than Ertz was. So why was there such a difference? It could be attributed to a simplified offense or a change in QB.

Nick Foles took over from an injured Carson Wentz for the second year in a row and showed no hesitation in slinging it Alshon’s way. But just as things were looking up, his postseason ended in frustration. Jeffery let a pass slip directly through his hands and into the palms of Marshon Lattimore, ending their dream of defending their Super Bowl crown. A mental error from a #1 receiver who really commits one.

It’s surely no coincidence that a few months later, someone anonymously comes out and absolutely trashes Carson Wentz in that article, questioning his leadership and stating that he doesn’t share the ball around the offense enough.

We have no way of knowing whether this was Alshon Jeffery or not, but you can understand why he’d be so annoyed, wanting to send a message to his quarterback. In his mind, the offense clearly works when he’s thrown the ball, his individual numbers reflected that and a playoff win indicated it to. To be signed as a WR1 and be left in the cold thanks to the bond between Ertz and his QB, it has to sting…and Alshon, who has had a career of drama following him everywhere he goes, may have felt like enough is enough.

With a new year comes new opportunity…unless your name is Alshon Jeffery. Things went from bad to worse. The Eagles brought fan-favorite back DeSean Jackson and all we heard through the spring and summer was just how close the two rapidly became. In week 1, that much was solidified, when Jackson blew up against his former team, recording 156 yards and a pair of touchdowns.

Jeffery, in the space of two years, had gone from being ‘the guy’ to simply ‘a guy’. It was all about Wentz and D-Jax. Nobody was really bothered about Alshon anymore. A shiny new running back, a record-breaking tight end, and the return of a hero all left Alshon to play the role of a villain.

Jackson’s injury presented an opportunity for Jeffery to let that hunger consume him and translate into production, but he just seemed…off. There was that weird situation where he fell out of bounds after a fairly routine catch, and a bizarre usage that saw him used on screens and shorter-routes…which aren’t really a strength of his.

The Eagles began to fall apart for a variety of reasons, but it was clear they needed help at cornerback. After the Birds’ stood pat and let Jalen Ramsey walk his way into LA, Josina Anderson tweeted some discontent from an anonymous player within the locker room.

Just moments later, Josina was back at it again. This time stating that an anonymous player had stated ‘We need to make [bleep] simpler. Sometimes we need to just handle what is manageable. Even Peyton Manning knew when to check it down.’

Who would be frustrated enough to vent to a reporter about their quarterback? Who had a strong relationship with that reporter during his time in Chicago? Alshon Jeffery.

Players were furious and immediately came to the aid of their QB, who by the way has handled all of this like an absolute champion. There were reports of players-only meetings that set a very stern ‘you’re in, or you’re out’ tone and after all the white noise the team had endured, Howard Eskin confronted Pederson at the podium having confirmed Alshon as the anonymous source.

On the field, things weren’t going much better. The target trend continued, production dipped, and Jeffery’s season ended in injury once again. He now sees himself in a weird situation where his contract has been guaranteed, but both parties clearly want a fresh start.

This article wasn’t written to defend Alshon Jeffery’s alleged actions. I find the snakey behavior that has been linked with his name is frankly appalling. But it’s important that we and future NFL teams (if the Eagles have any hope of moving on) at least understand why all of this happened.

Jeffery joined the Eagles in hope of rejuvenation, stability, and success. He got two of those three, but as anyone will tell you, toxic relationships can end up causing problems in future ones…and I feel like that’s what happened here.

More injuries, more chaos off the field, and Jeffery seemingly panicking that his production is going to drop as a result of his QB not throwing his way, led us down a path of misery and what may ultimately be the end of his tenure in Philadelphia.