Eagles continue to flip the script, but can they go all the way?

By Brenden Peddigree Posted on January 29, 2018 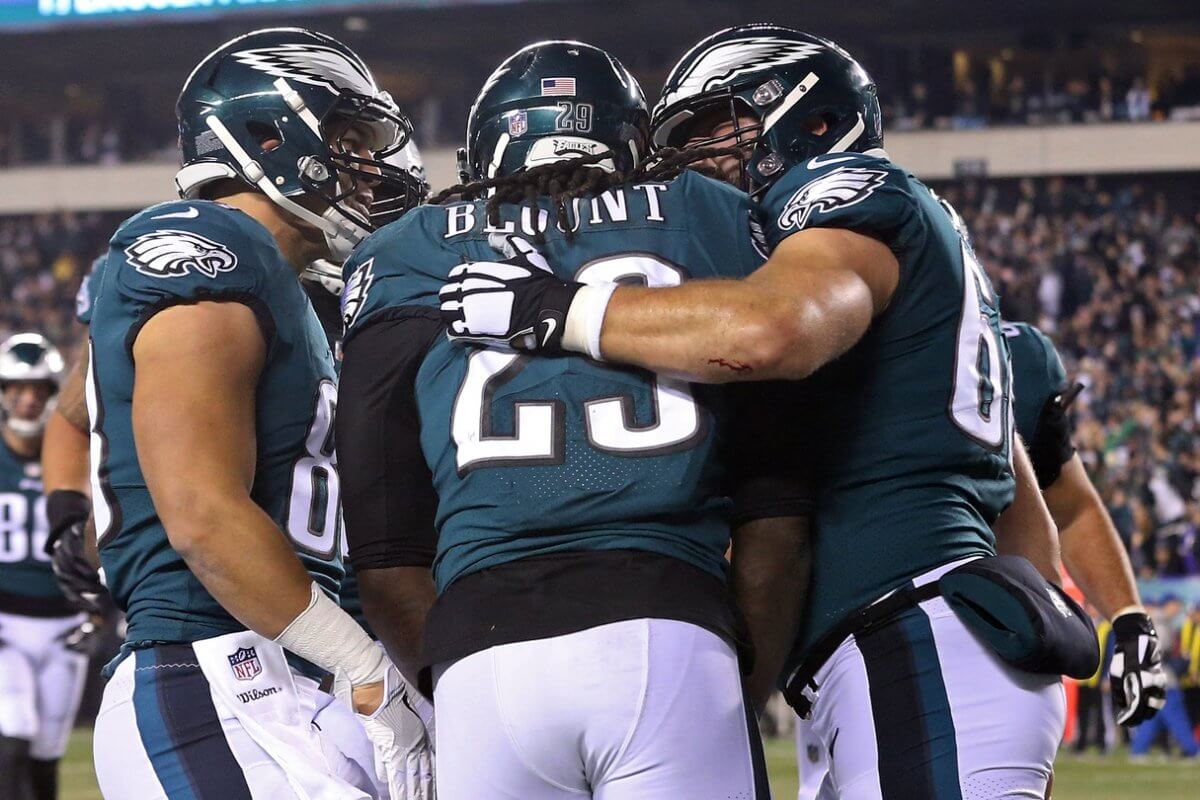 the Philadelphia Eagles are headed to the Super Bowl for the first time in 13 seasons after a 38-7 rout of the Minnesota Vikings.

Had you told any Philadelphia Eagles fan that on December 11th, the day we all found out that star QB and MVP favorite Carson Wentz tore his ACL, they wouldn’t have believed you. Just as the coaching staff had done all season with all the major injuries, they plugged in the next man up and made it work.

Jason Peters down. Put in Halapoulivaati Vaitai, coach him up and slide protection when need be. Darren Sproles? Nelson Agholor can do some gadget plays. Jordan Hicks? Let’s play a little money ball and fill that void with a mix of Najee Goode, rookie Nate Gerry and Joe Walker (who also ended up on IR). Caleb Sturgis? We’ll sign this kid off the Bengals practice squad and have Jason Peters scare the s#!+ out of him.

The Eagles coaching staff worked wonders to overcome all of those injuries and a few more while still maintaining success. Nobody thought they could do the same when the franchise quarterback went down.

After securing a victory against the Los Angeles Rams and torching the New York Giants for four touchdowns without any interceptions, Foles closed out the season with two worrisome games that left Eagles fans praying for the defense to dominate should they have any hope at winning a playoff game.

The defense played well, but Foles has been nothing short of brilliant in two playoff games. Historical, even, as the only quarterback in NFL history to have a passer rating of 100 or more in each of his first three playoff games.

At every turn, the Eagles have turned what looks like a devastating blow into an opportunity and a strength. The NFC Championship Game offered plenty of areas where the Vikings should have taken advantage.

Coming in, Minnesota was the best team in the league defending on third down. At a historical pace of allowing just a 25 percent conversion rate, the Eagles turned that on its head and converted 10-of-14 third downs. That’s good for 71 percent.

I’ll one up that. When the Eagles were faced with 3rd and five or more yards to go, they converted seven of ten attempts including two touchdowns. One of those that wasn’t converted was the final kneel down by Nate Sudfeld to expire the clock. Make it seven-for-nine and on 3rd and five-plus – the Eagles converted 77 percent of the time.

One of the matchups the Vikings were hoping to exploit was Halapoulivaati Vaitai guarding Foles’ blindside against premier pass-rusher Everson Griffen. The eighth-year veteran finished the regular season with a career-high 13 sacks and added another against the Saints in the divisional round. Big V showed up big and shut down the Vikings most dangerous pass rusher.

According to Jimmy Kempski of PhillyVoice, Griffen finished the game with two tackles, two quarterback hits and no sacks. As Kempski notes, only one of the quarterback hits came when Griffen was matched up against Vaitai and that was Foles essentially running into Griffen while Vaitai had him blocked well.

Another perceived Vikings strength that the Eagles took and flipped to their advantage.

Vikings wide receivers Adam Thielen and Stefon Diggs combined for 155 receptions, 2,125 yards and 12 touchdowns in the regular season as one of the most dangerous duos in the NFL. They continued that pace against the Saints with 12 catches for 211 yards as a pair and the game-winning touchdown secured by Diggs.

Thielen came into the game banged up with a pretty severe back injury but he and the Vikings felt comfortable enough putting him in the game. He ended up playing all but one offensive snap.

Jalen Mills and Ronald Darby put on a clinic against what was perceived to be the biggest advantage in the Vikings favor. Thielen and Diggs are tremendous at getting open and making yards after the catch. On Championship Sunday, the duo was held to 11 receptions for 98 yards. Four of those catches for 24 yards came in the fourth quarter when the game was already out of hand.

Time and time again the Eagles coaches have put their players in a position to succeed. While players like Mills and Darby aren’t the most physically gifted athletes, the schemes that Jim Schwartz instituted and the extra pressure the front four generated allowed the defensive backs to keep the dangerous duo in check.

Head coach Doug Pederson, himself, has flipped the perception from the beginning of the 2017 season. Many headed into the year wondering if he were the long-term coach in Philadelphia. While some *cough Michael Lombardi cough* took it to extremes, the questions lingered even for the die-hards and daydreams of Jim Schwartz as the head honcho started creeping in when the defense came out on fire.

A 13-3 record and a Super Bowl berth later and Pederson is now regarded as one of the smartest, scheming-est coaches the league has to offer. His preparation is second-to-none and it has put the Eagles in a position to win every game of the season.

Wide receiver Torrey Smith put it best following the Eagles rout of the Vikings: “There’s never a game that we go into where we don’t feel like we have an answer for whatever [the opponent] may bring.”

For as much of a genius as they say that cut-off-sleeve wearing guy up in New England is, I’ll take Doug Pederson on Super Bowl Sunday. This team will be ready for anything the Patriots throw at them.