Note: if you purchase something through one of our affiliate links, Schneps Media may earn a commission.
By Regina Ham Posted on January 11, 2023 Six victories in seven games would have a certain ring to it for both fans and staff of the Philadelphia Flyers. After a 4-0 shutout of the Buffalo Sabres and a successful West Coast trip, John Tortorella and Company returned home. A win at home before heading back on the road would be a nice boost of momentum before a quick two-game East Coast jaunt. There were some silver linings in their win against the Sabres, mainly seeing what Sam Ersson could do as a backup goalie. Carter Hart gets worked to the bone, nice to see there is a solid backup to put in the shifts. So there is hope and well, (hockey) rebellions are built on hope. 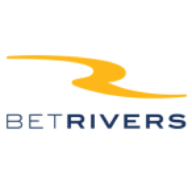 This is a continuation of a Metro Division trip for the Capitals as they have a home-and-home against Philadelphia. Date night Wednesday with the Flyers will come in the wake of a shutout win against a one-nil win over Columbus Blue Jackets.

Darcy Kuemper with a nearly clean sheet as he stopped all 37 shots thrown at him by Columbus. It was the fourth shutout of the season for Kuemper and the 29th shoutout he can claim in his career. Erik Gustafsson at 2:37 in the first frame had the lone goal of the game. This was also the first shot OF the game for Washington so it’s always good to capitalize early. Get it.

It wasn’t a particularly thrilling game for Washington. In the last 40 minutes of play, the Caps only had 11 shots on goal and only had 19 total for the entire contest. And in case we need a small reminder, this is the lowest shots on goal games for the Caps in 43 games this season.

Nicklas Backstrom and Tom Wilson both reappeared back in the Washington lineup for the first time this season. The injury bug that has been plaguing the Flyers has also arguably bitten the Caps as well. Veteran T.J. Oshi has been limited this season to just 26 games. Defenseman supreme for the Caps- John Carlson, can’t seem to stay healthy either. In 30 games played, he netted eight goals, 13 assists for 21 points. Yet he sustained an injury on December 23rd when he took a slapshot to the head and is on the long-term IR list as of January 3rd.

Washington has had no problem lighting up the goal light this season but it might be a benefit for Philadelphia. Granted, the Caps are 16-4-3 over a 23-game stretch that started when they last played the Flyers on November 23rd. That was a 3-2 shootout win for Washington in case anyone forgot.

Yet the Caps were not their best against Columbus- arguably Columbus was better-and that small sign of weakness might be the push the Flyers need to eek out a home win.

Washington has 52 points and sits in fourth place in the Metro Division.

Here is the projected lineup for tonight’s tilt against Washington:

The win in Buffalo was nothing to shake a stick at for the Flyers. It was their first shutout win of the season and it came off the back of a team in the NHL’s highest-scoring team to date. They also put up three of their goals in the first period alone. Good boys Zack MacEwen (4th), Joel Farabee (9th) and Noah Cates (5th) all contributed on the night in the first 20 minutes of play. (Sometimes) Golden Boy Travis Konecny earned two assists in the period, and Farabee also added an assist to the frame. Wade Allison notched his fifth of the season and four goals for the Flyers on the night early in the third. That will be all they scored.

Balanced scoring, excellent goaltending, and playing with a sense of control: who would’ve thunk it!

Konecny might be the key to success against Washington. In the Buffalo game, he came into that contest with the league’s longest active point streak. He’s got 43 points and leads the Flyers in points. But oh yeah, in the past nine games, he’s 17 points in that period of time (8 goals, 9 assists). Combine him with Farabee’s 23 points (9 goals, 14 assists) and there are things cooking for the Flyers. Both are consistent in the second half of the contests and if you add in Cam York, Frost and Tippett, there are some pieces that might click for Philadelphia.

Flyers vs Capitals: Things to Know

Game time is 7:00 p.m. The game will be televised on NBCSP. The radio broadcast is on 97.5 The Fanatic with an online simulcast on Flyers Radio 24/7.