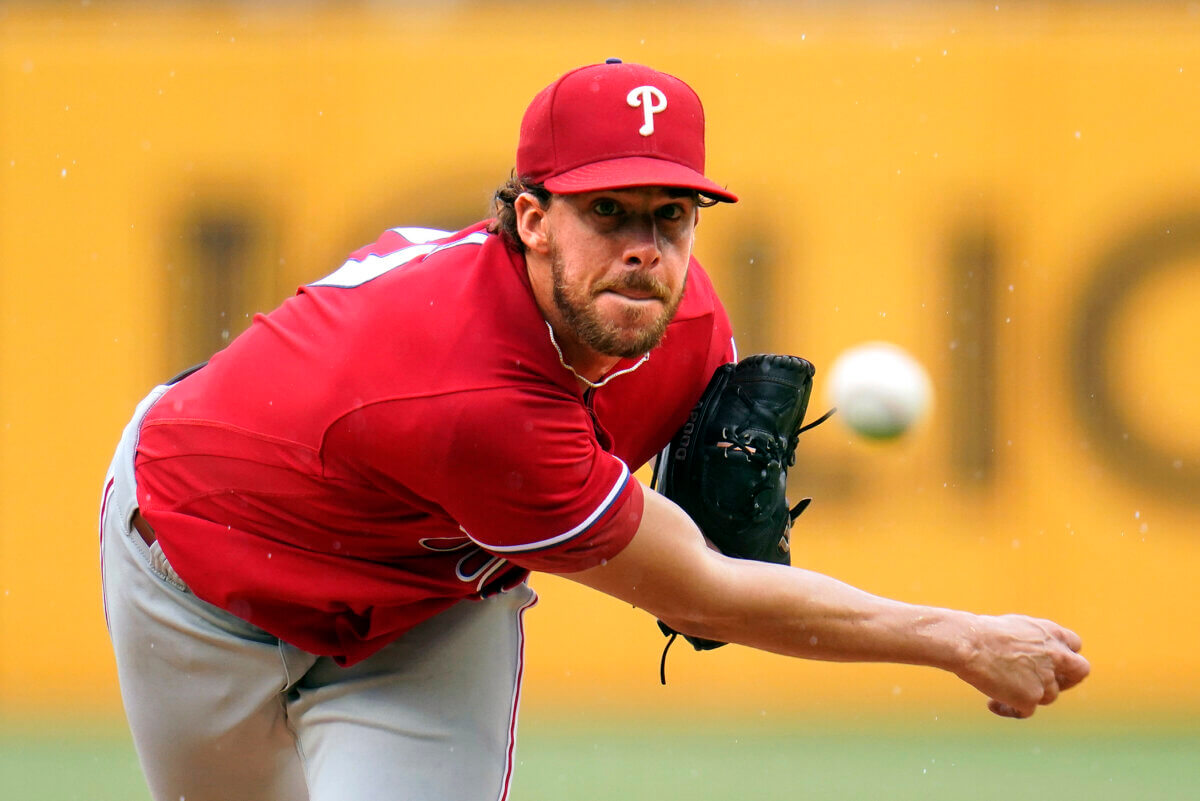 The Phillies season is now over after an unexpected World Series run.

A common cliche that is uttered around the football world is that defense wins championships. In baseball, pitching wins championships, and unfortunately, Philadelphia saw that firsthand with the Houston Astros in the World Series.

As a whole, the Phillies starting pitching in 2022 was one of the best units in the game. The Phillies finished 8th in the MLB in strikeouts, 5th in innings pitched, 6th in WHIP (Walks, Hits, Innings Pitched), and was a top pitching staff altogether in the National League.

On Opening Day, the Phillies rotation was Aaron Nola, Kyle Gibson, Zach Eflin, Ranger Suarez, and Zack Wheeler, a group that had to be shuffled around due to the late starts of Suarez and Wheeler. That group would last much of the season for the Phils, but guys like Bailey Falter, Christopher Sanchez, and Noah Syndergaard would also start many games for the team.

Overall the Phillies only had to use 7 starting pitchers, Nola, Wheeler, Suarez, Eflin, Gibson, Falter, and Syndergaard, with a sprinkling of bullpen guys who got spot starts. Most teams would have loved this luxury in 2022.

While Zack Wheeler may be considered the Phillies ace, Aaron Nola was the workhorse in 2022. Nola finished fourth in Cy Young voting in the National League and led Philadelphia in practically every category. Aaron finished his season with a 3.25 earned run average, an 11-13 record, and threw 205 innings.

Aaron pitched the second most innings in baseball this season, and when you calculate in the postseason, he out-pitched every pitcher in the MLB. Nola also finished in fourth place in strikeouts in Major League Baseball, breaking the 200 mark, which shows he was an elite strikeout pitcher this season.

Aaron Nola pitched well in the first three rounds of the playoffs, but he showed signs of slowing down towards the end of the NLCS and the World Series. Without him, the Phils would have never made it to the championship round, and his memorable starts, including the playoff clincher in Houston, will go down as some of the best pitching performances in Phillies history.

Coming off a dominant 2021 campaign, Zack Wheeler’s 2022 got off to a slow start. Wheeler had pitched the most innings in baseball in 2021, and he had a later start to Spring Training. Zack took some time to find his groove, but once he did, he looked like the true ace that he has become. Wheeler was really good for the Phillies this season and was the clear 1B to Nola’s 1A, a reversal from 2021.

Wheeler went 12-7 this season with a 2.82 earned run average in 153 innings pitched. Wheeler’s 163 strikeouts were second on the team and 20th in the National League, despite missing time.

Like Nola, Zack was fantastic in the playoffs for Philadelphia. Towards the end, he started running out of gas, and his stuff wasn’t as lights out as in the previous series. Wheeler was another huge piece in the 2022 NL Championship run, and his efforts this season will be remembered for a long time in 2022.

Wheeler did miss some time this season, which hurts his overall grade, but when healthy, he proved he was worth every penny the Phillies offered him just a few off-seasons ago.

There might not be a more beloved player on the Phillies than Ranger Suarez. The Phils’ young lefty has stolen the hearts of Philadelphia for the past two seasons, and his performance in the playoffs will never be forgotten. Suarez, like Wheeler, got off to a late start in 2022 and fought through injury during the season, but his overall performance was really strong for the Phillies this season.

Ranger was 10-7 with a 3.65 earned run average in 2022. Suarez pitched 155.1 innings and solidified the rotation as it’s only lefty for most of the year. He was a perfect number-three starter for the club when healthy and did his job more often than not. However, when Ranger struggled with his location, his pitch count tended to rise quickly. Many starts ended earlier than they should have, which was a real problem in the middle of the season. Suarez overcame the struggles once the games got a little more important down the stretch.

Suarez’s regular season was good, not great, but his performances in the playoffs were huge for the team. Ranger sent Philadelphia to the World Series for the first time since 2009, and his ability to do it all for the club earns him a huge boost.

There was some good and some bad with Kyle Gibson in 2022. The veteran right-hander was capable of some fantastic performances in 2022, games in which he absolutely dominated the opposing lineup. There were also times, however, when Gibby got rocked, putting the Phillies in a near-impossible position to come back.

If you take away some of the good and bad starts, Kyle Gibson was a serviceable number-five starter for Philly in 2022. He ate innings, did not get injured, and was a healthy member of the locker room. Kyle was just as important to this Phillies run as any other player, and while he made minimal appearances in the post-season, he was still supporting his guys as the team made its run.

All things considered, Kyle Gibson was a valuable member of the 2021-2022 Phillies teams, and his impact will not be forgotten. The chances of him rejoining the team this off-season are slim, but if this is the end of Gibson in Philadelphia, the fans should be thankful for his efforts.

Zach Eflin, Bailey Falter, and Noah Syndergaard combined for 38 starts for the Phillies this season. Each pitcher spent time in the bullpen, and all were given chances to start for this year’s team.

Zach Eflin missed most of the season with an injury, which is why he didn’t start as many games as expected. Once he returned, he shined in the bullpen and got a chance to close games for the Phillies.

Bailey Falter was asked to make spot starts before finally getting a chance to settle into the rotation the last month and a half of the season. Bailey’s efforts were huge; at a low point of this Phillies run, he was a stopper for this club. Filling in for Zack Wheeler’s injury late in the season was no easy task, yet Bailey did a really fine job.

Noah Syndergaard was the perfect trade deadline acquisition for the Phillies. Noah started games for the team during the regular season and in the playoffs and came out of the bullpen when needed. Thor was a team player, and he had no problems filling whatever role Rob Thomson asked of him. Syndergaard gave Philadelphia a chance to win every time he took the mound, which holds much value in today’s game.

Overall, these three starters did not have the same bulk of work as the other four. They earned a good rating as a group, thanks to the work they combined to contribute this season. They each had high and low moments, but they were solid for the Phillies. The Phils got everything out of these three pitchers that they could, and they all helped bring home the National League Pennant.