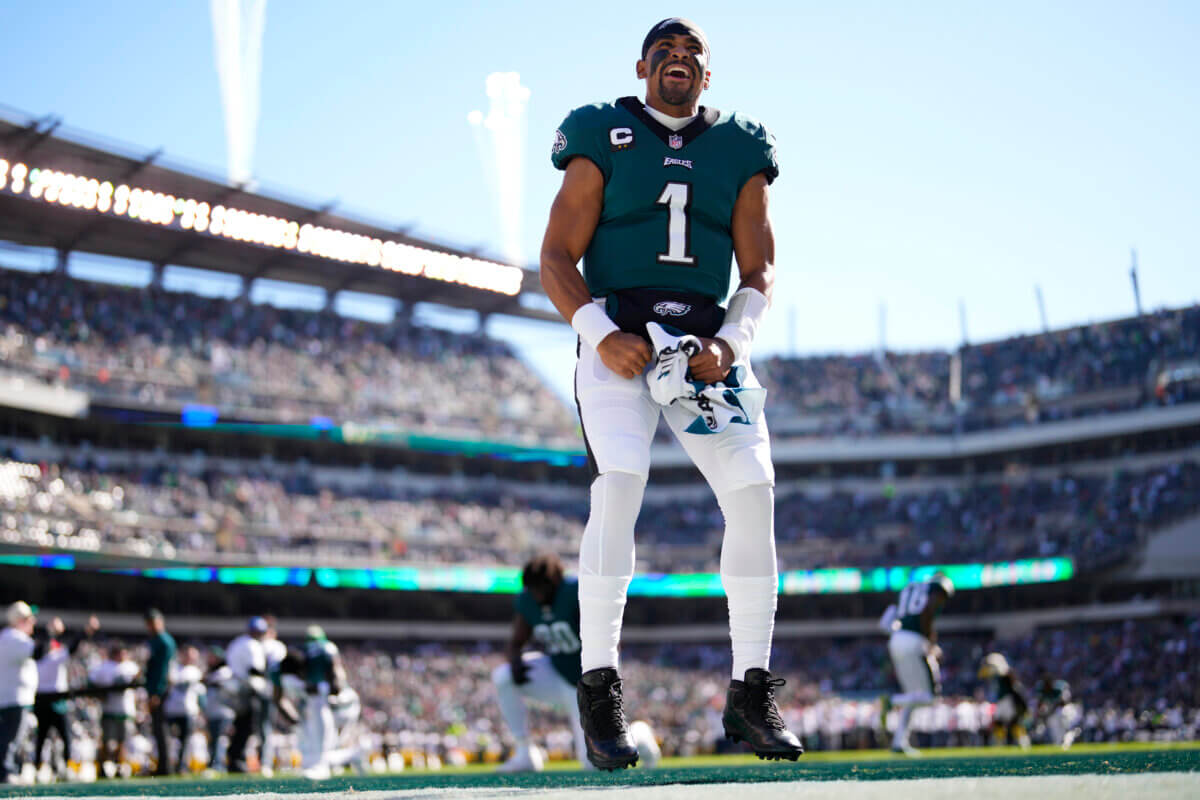 NFL MVP Odds: How does Jalen Hurts fare after week 12?

The Philadelphia Eagles became the first team this season to hit the double-digit threshold. Jalen Hurts rushed for over 100 yards in the first half alone in Sunday Night’s win over the Green Bay Packers and ended the game with 153 yards, 2 touchdowns, 0 interceptions, and a total of 157 rushing yards. How did such a heroic performance impact the MVP race?

Jalen Hurts moves up to second in NFL MVP race

Needless to say, Monday night’s game saw Jalen’s NFL MVP odds come crashing down to +350. They’ve bounced between the +550 and +350 range for 6 weeks now, but with the race getting down to the nitty gritty, the odds have probably bottomed out so long as Hurts continues to help the Eagles soar.

Patrick Mahomes did guide his Chiefs to a win over the Rams by putting up over 300 yards for the sixth game in a row. This stretch also includes a pair of 400+ yard outings. The MVP frontrunner has a TD/INT ratio of 28-8, which is simply outstanding and as a passer, it’s hard to find anyone better in the NFL. But is he more valuable to his team than Jalen Hurts? That’s where this debate will hinge.

It’s a little too early to write off Tua, who hasn’t thrown a pick since week 4 and has completed over 60% of his passes in every game since. Jalen Hurts’ former teammate has been simply stunning for the Dolphins and when you consider the concussion controversies earlier in the year, it makes his efforts even more impresive.