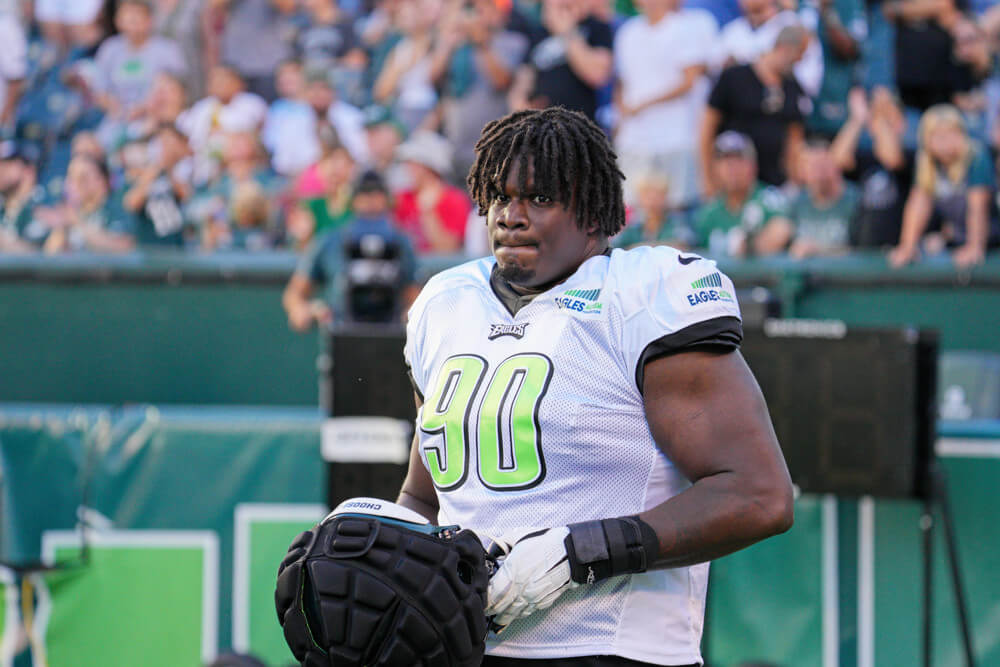 The Philadelphia Eagles announced on Wednesday that rookie Jordan Davis has been placed on injured reserve. This shouldn’t come as a complete shock as his recent injury was expected to keep him out between 4-6 weeks, but the confirmation of that timeline is still disheartening for fans.

The Georgia product picked up the injury in the second quarter of Sunday’s win over Pittsburgh.. Nick Sirianni and a few of Jordan’s teammates rushed to his side to see if he was okay, before the rookie lineman was helped to the blue tent.

Davis has gradually been eased into the thick of things during his rookie season. He has 12 tackles through 6 games but has been absolutely monstrous against the run. With Davis off the field, the team is allowing 5 yards per carry to its opponents. With him on the field, that number drops down close to 3.

If we assume that Jordan Davis will miss the full six weeks, that means he’ll be back in time for a clash with the Giants and the final 5 games of the year. If he is able to return sooner and miss only 4, he’d likely return to face the Green Bay Packers. If he does miss all 6, he’ll return for games against the Bears, Saints, Cowboys, and Giants – an important stretch considering how competitive the NFC East appears to be this season.

In his place, expect versatile sophomore product Milton Williams to get some additional snaps. He recorded a sack today in place of Davis and brings a very different skillset to the table. It will be interesting to see how Jonathan Gannon shakes up his D-line moving forward.

The main thing here is that Jordan Davis is okay and that the injury isn’t season-ending. Here’s to a quick and healthy recovery!