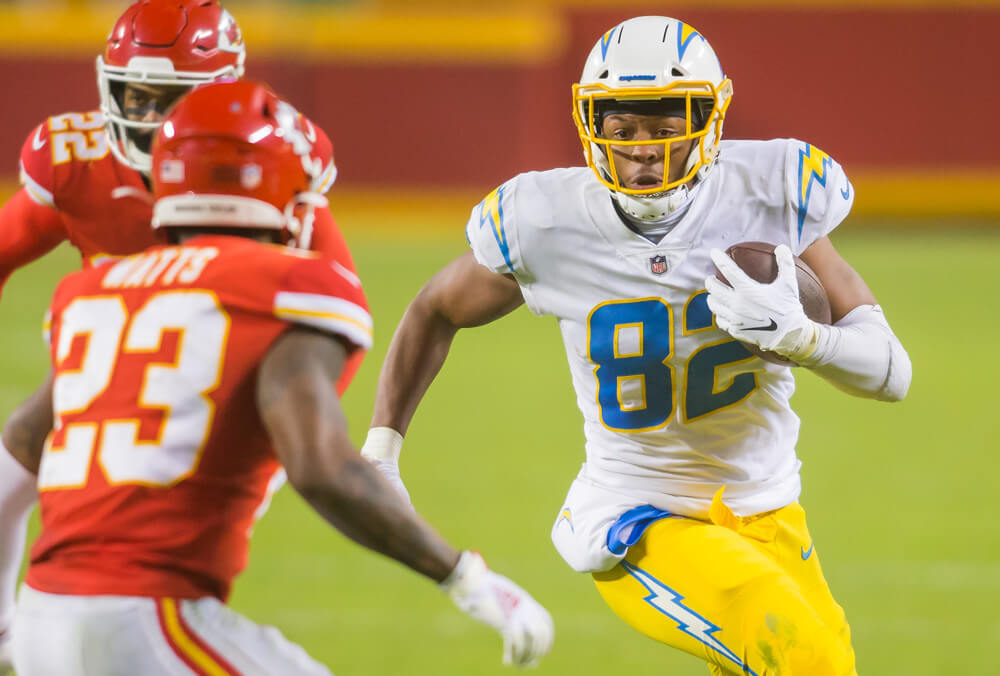 We are just five days away from the start of free agency and while the trade rumors surrounding Zach Ertz continue to swirl, it’s probably a good time to start looking for potential replacements. The good news for the Eagles is that this year’s crop isn’t exactly littered with elite talent, delivering a bucket full of bargains for a team strapped for cash. With that in mind, here are five free agents worth considering.

A name that should be familiar to everyone by now, Trey Burton, was the facilitator of the Philly Special and should absolutely be on the shortlist here. While his stint in Chicago was filled with ups and downs, he reunited with Frank Reich in Indianapolis last year to put up 250 yards and 3 touchdowns. In doing so, he also worked under new Eagles Head Coach Nick Sirianni, as well as the team’s new TE coach.

Burton provides receiving upside (as fans know well) and is going to be among the cheaper options on the market. Having familiarity with a Head Coach is one thing, but a Super Bowl ring with the team in question and a snug fit behind Dallas Goedert on the depth chart as TE2? It’s almost too good to be true!

Another Colts TE set to enter free agency (providing Indy doesn’t bring him back on a cheap tender as an RFA), Mo Alie-Cox might be the best of the bargain bucket bunch. At 6’6, 267 lbs, ‘MAC’ brings great size to the table as a red-zone threat. He caught 31 passes last year for 394 yards and a pair of touchdowns and earned a PFF grade of 81.

Like Burton, Alie-Cox has familiarity with two Eagles coaches and it’s clear that they both see something in the former Basketball player, who put up his best season yet in 2020 and was able to somewhat stand out from the crowd and become the leading TE option for Phillip Rivers.

Alie-Cox is a less likely option due to his RFA status and could command a future second-rounder if tendered, but there is no denying that he could be primed for a breakout in what would be Dallas Goedert’s old TE2 spot.

When you hear ‘Chargers tight ends’, you think of Hunter Henry and freak athlete Donald Parham. Stephen Anderson is the forgotten son who offers of plenty of upside as a blocker. Why is this important? While Dallas Goedert thrives in chipping and helping out his O-line, the Eagles are going to need him to really build on his receiving resume next year in place of Zach Ertz, meaning that finding a reliable in-line blocker is somewhat important.

He’s a little smaller at 6’3, 230 lbs, but what he brings to the table is a ton of athleticism. Anderson can get to the second level with haste when it comes to blocking and plays with no fear. He has no issue colliding with a linebacker, defensive end, or driving a DB five yards up the field.

Are you ready for the big wildcard? Anderson ended his season with 106 yards last year, but 80 of them were after the catch!

I’d love everything about this move for a player who fits Roseman’s ’28-year-old’ free agent prototype.

It’s rare to see a tight end flourish in Arizona, but Arnold’s career-year in 2020 was enough to draw attention. Like Mo Alie-Cox, he also caught 31 passes, but for 438 yards and 4 touchdowns.

While he won’t be mentioned in the same discussions as Travis Kelce or George Kittle anytime soon and was never seen as a go-to target for Kyler Murray, it kind of makes his season that much more impressive. Arnold never caught more than 4 passes in a single game and isn’t the flashiest player on the field, but when called upon, he delivered.

At 6’6, 220 lbs, Arnold has the perfect size (and identical to Alie-Cox) to become a red-zone weapon in Sirianni’s offense. He would almost act as the perfect consolidation if the team is unable to land Mo Alie-Cox.

Replalce Zach Ertz with Manhertz, got it.

Te 6’6, 255 lbs, TE is easily among the best blocking tight ends in the NFL and if our theory about Nick Sirianni going full Beyblade (let it rip!) on Dallas Goedert is true, then Manhertz would do more than fill the gap. If the Eagles draft another tight end, that’s a young room moving forward. Chris Manhertz is now an eight-year vet who won’t ever be challenging to become a team’s leading receiving TE, but he will manhandle anything in his path and for a team looking to revitalize a previously stagnant run-game, he could be a perfect fit to come in and help carve open some lanes for Miles Sanders.