While the Eagles have done well in filling out their defensive needs through free agency, one question still hovers over Philly like a black cloud. What about the wide receiver position?

Carson Wentz is entering his fifth season in the league and has had a rotating door at wideout ever since he entered the league. In his rookie year, Wentz relied on Jordan Matthews, a struggling Nelson Agholor…and Dorial Green-Beckham.

In 2017, Howie decided to invest in weapons for Carson via free agency and the draft. The Eagles signed Alshon Jeffery and Torrey Smith to team-friendly deals then followed up by drafting Mack Hollins and Shelton Gibson. It led to the Eagles winning their first Super Bowl.

The year after was an interesting one. The Super Bowl win led to some players feeling entitled enough to call out the franchise QB as he tried to find his footing once again. Players even looked to check out at times until Wentz went down again with a broken vertebra.

Before Carson’s injury, the team traded a 3rd round pick for veteran wideout Golden Tate, a poor investment from the front office as the coaching staff admitted that they couldn’t figure out how to get him involved.

An odd climax to a growing theme of how bad this position group was becoming. There was no more Torrey Smith as the Eagles unloaded him to Carolina for CB Daryl Worley, who was later cut due to getting in trouble with the law. A big hit for the room as it seems that Torrey Smith was more important to that group than the remaining pieces due to his leadership.

Fast forward to 2019. Nelson Agholor continued to battle with his confidence issues and Alshon Jeffery chose to become public enemy number one after he was tagged as the leak in a Josina Anderson story.

That leads us to now. The Eagles haven’t made a single move to fix the Wide Receiver group. Now Nelson Agholor is a Raider and Alshon Jeffery is still on the team despite reports of them planning to release him. Could Howie Roseman really risk banking on a hit or miss draft to repair a group that has been on the least productive position groups in the league?

Currently, the Eagles have Alshon Jeffery, DeSean Jackson, Greg Ward Jr, JJ Arcega-Whiteside, Deontay Burnett, River Cracraft, Robert Davis, Shelton Gibson, Marcus Green and Marken Michel on the roster. One has an issue with the QB, Six have NFL game experience with the team and the other hasn’t had his shot yet.

The Eagles currently have decent options in free agency but the rumor is that they’re not valuing those receivers because of the draft. Robby Anderson and Breshad Perriman have both slipped them by now, fetching a fairly large payday that may have deterred Roseman. Understandable, but now the Eagles have entered into the third wave of free agency where players are signing team-friendly deals.

It’s a bit worrying to think that they want to solely focus on the draft. Especially after how bad they’ve been at developing talent. Howie Roseman has drafted Riley Cooper, Mack Hollins, and Shelton Gibson. Gibson is still on the roster but we can’t count on him being there past August. Hollins is in Miami and Cooper is at home. What makes things a bit scarier is the fact that the Eagles have the 21st pick and none one of the big three are expected to fall that far.

Ruggs, Jeudy, and Lamb are the true difference makers in this rich draft. There’s plenty of talent in this draft but the Eagles can’t bank on talent alone, they need a difference-maker. If Howie Roseman is banking on winning this draft then he has to have something spectacular up his sleeve to get one of these three but only time will tell. 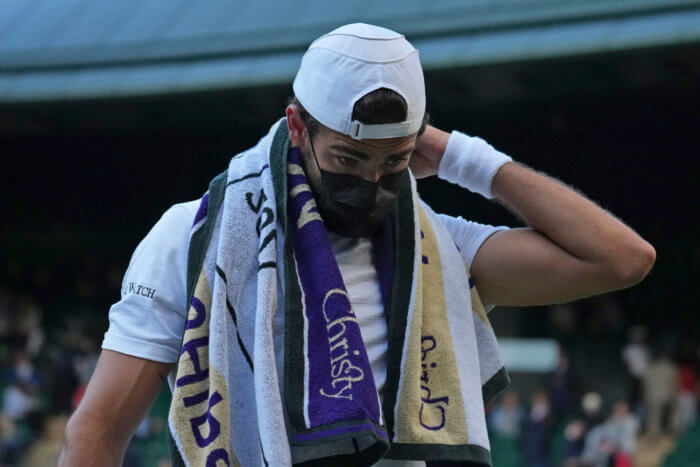